Trending Now
You are at:Home»Featured»Meant to Be
By Mary Kochan on September 22, 2016 Featured, Live in Christ 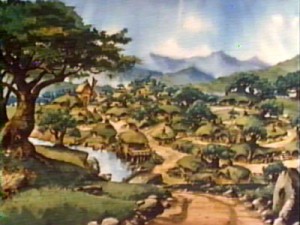 On September 22, 1290 Bilbo Baggins was born.  The year given for his birth, of course, is in Shire Reckoning: The Shire being that happy part of Middle-Earth inhabited by those sensible and unpretentious folk called “Hobbits.”

To that salt-of-the-earth Hobbit, Bilbo Baggins, there comes one day an amazing summons.  The call to participate in an adventure.  And thereby hangs a tale and indeed a trilogy.

In the course of his adventure, Bilbo will come into possession of the “One Ring” of power.  On September 22, 1401, his eleventyfirst birthday, Bilbo will bequeath the ring to his nephew Frodo, who will bear the ring into places of forbidding evil in order to free the peoples of Middle Earth from its bondage.

Groaning under his burden, with the weight of the world on his small shoulders, Frodo cannot help but ask why such evil has come to his time.  Why did his uncle find the ring?  Why is he, conscious to the depths of his being of his inadequacy, the one who must bear the burden of it?  The one who must undertake the perilous mission to destroy it?  And the answer is given to him by Gandalf: “I can put it no plainer than by saying that Bilbo was meant to find the ring…. In which case you were also meant to have it. And that may be an encouraging thought.”

But meant by whom?

We might glibly answer that it was all meant by the author of the story, J.R.R. Tolkien, but in the context of the story itself, there is certainly another answer.  There is a Providence, there is an unseen Benevolence.  To be sure there is an unseen malevolence too — for even the dark Lord Sauron is himself a mere servant.  But it is Goodness that is the source of all and hence the source of meaning.

When we wonder why such evils have come to our time and why we are the ones who must bear the particular burdens of our world.  When we feel keenly our inadequacy and smallness – then we should remember that we are meant to be.  And that is certainly an encouraging thought.