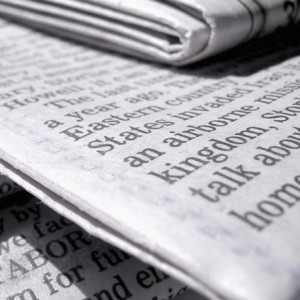 Nearly 40 years ago, in the chill of winter, the United States Supreme Court decided that abortion was legal in America for any reason at any point in pregnancy because women, in consultation with their doctors, should have the right to abort their own children.

Fast forward 30 years. Malcolm Gladwell’s 2002 blockbuster, The Tipping Point, taught a valuable lesson about the abortion phenomena in America even though that was probably not on his mind at the time. As one reviewerput it, “The premise of this facile piece of pop sociology has built-in appeal: Little changes can have big effects; when small numbers of people start behaving differently, that behavior can ripple outward until a critical mass or ‘tipping point’ is reached, changing the world.”

That’s my point. Small numbers of people did start the reproductive rights revolution. It all began in 1916 when Margaret Sanger, Planned Parenthood’s founder, began preaching about the reasons why women needed abortion and birth control to free them from “unwanted” children. It was her persistence, despite legal threats and jail time, that slowly but surely generated the kind of heat and political power that resulted in the Supreme Court’s arrogant decisions.

From the beginning, Sanger and her cronies had media support that grew over time as more and more Americans demanded a right to control their own bodies. LA Times’ David Shaw documented this phenomenon in his 1990series “Abortion and the Media.” The result has been devastating to this nation’s economy, family structure, and the very essence of what it means to be a human being with intrinsic human rights.

Examples of such attitude shifts are around us daily. We now discuss the reasons why “three-parent” embryos can help move the game forward in the war against children who might be conceived bearing a disease that could have been avoided if science had manipulated the creation of a human being just a bit more. It does not seem to matter at all that, during this process, “defective” embryonic children “left over from IVF” are part of the materials needed to accomplish the goal.

Another example comes from New York City, where the city council passed “a measure that would make a large Coke at McDonald’s illegal but it’s still legal to kill 40 percent of the preborn babies in the same city.” The mainstream media has been discussing something so trivial as a ban on large sodas, but the ongoing slaughter of the city’s children never seems to come up.

In Virginia, Angela Marie Janecka, who already had two children and was expecting a third, wanted to have an abortion, but the abortion was denied her. Those who knew her understood that she did not want the third baby. Later, when the baby was delivered at home, Janecka called her husband to say that their baby had been stillborn, then put the baby in a plastic bag within a pillow case and put the child in the clothes dryer where she was left to die. When the husband discovered the child, he called 911 and the baby’s life was spared.

If you are wondering what would cause a mother to treat her baby in such a despicable manner, please note that for the past 40 years Americans have viewed the killing of a child before birth as legal, normal, and merely another reproductive choice for a woman to make. It is no surprise that some females might carry this normalized behavior too far.

America needs to step back from the tipping point started nearly 100 years ago by Sanger and embrace the notion of welcoming children as gifts from God. America must begin to realize how far down the path to cannibalism mankind has travelled and turn back from its killing ways.

If the media salivates over killing the preborn, that’s its problem. We must no longer fall prey to this blather.