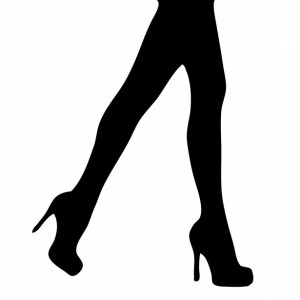 Medical experts say targeting risky behaviors like smoking, excessive drinking, and over-eating could dramatically reduce premature deaths.  But when it comes to the well-documented dangers of prostitution, a prestigious medical journal calls for it to be legalized, enabled, and even embraced.

This week The Lancet called for the worldwide decriminalization of “sex work” to address the prevalence of HIV among prostitutes. Its “action agenda” calls for greater access to products and services including “condoms and lubricants, safe abortions…[and]contraception services” for sex workers.

The Lancet’s series of articles denounces the “rescue and rehabilitate” approach to prostitution and efforts by public officials to enforce laws against the sex trade. “Sex work is part of the human story,” says co-author Richard Horton, Lancet’s editor, who advocates “accepting and embracing sex work”.

One article argues that sex workers’ human rights are routinely violated, and the solution is not to discourage the sex trade, but to adapt the concept of human rights to protect the occupation of selling a person for sex.

“Historically, human rights bodies have been reluctant to address human rights violations against sex workers because of perceived morality concerns,” the authors write. “Human rights organizations and bodies have a duty to move beyond debates about the morality of sex work.”

The series on HIV and commercial sex, first published online last summer, includes an infographic denouncing the concept that “sex work is not a real job,” citing Brazil, one of the few countries which formally recognize it as an occupation.

The notion that legalization and regulation improves the lives of prostitutes is the subject of intense debate. “In the Netherlands, since legalization, there has been an increase in the use of children in prostitution,” says women’s studies professor Donna M. Hughes. According to Dutch nonprofit organizations, human trafficking remains a problem.

“Most of us don’t take to the flesh trade out of choice but are sold by criminal mafias to brothels,” one woman in India told Inter Press Service. “The move to regulate our business will only end up giving immunity to the pimps and brothels to buy or sell poor women like us while increasing trafficking of young women and children.”

According to the formal definition of trafficking, only a small fraction of sex workers are trafficked, write the authors of the Lancet series. “Sex—whether paid for or not—does not cause HIV infection,” they add, arguing that sex is merely an HIV risk factor for prostitutes “when condoms are not used.”

Public health experts are not shy about encouraging behavior change with regard to other risk factors for premature death or disease. In the same issue of the Lancet, an article made the case for focusing on “modifiable risk factors” such as tobacco, alcohol, and sodium as the UN negotiates a global health goal for the new development agenda.

Legalizing prostitution does not eliminate the risks associated with it. “No other workplace has to cover the range of health and safety issues that ensue from this sexual and economic exchange,” writes feminist Australian expert Mary Sullivan, citing disease, pregnancy, violence, and harassment as occupational realities for prostitutes. “This does not change because prostitution is legalized.”