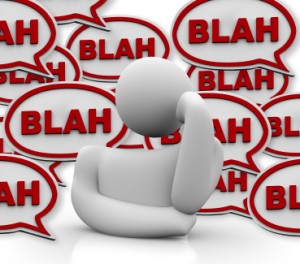 Overwhelmed by messages that come through texting, e-mails, the computer, and various apps on phones and iPads, today’s culture seems to be missing something. It is slowly becoming obvious that people are losing the ability to think, hear, and understand. Life seems to revolve around sending and receiving, even when the substance is totally lacking.

Do we think anything through anymore, or do we just numbly receive and react to messaging?

Do we realize that messaging shapes our thoughts and our understanding about things that matter to us, especially how we handle life and death?

Let’s look, for example, at two provocateurs whose words and actions lead in totally different directions. Yet both are in the business of messaging.

Former governor Sarah Palin—political expert, wife, mother, and “mama grizzly”—spoke to a concerned group of Americans who attended the April 5 Terri Schiavo Life and Hope Network gala in Philadelphia. Her message was very simple, yet profound: “We’re God’s. . . . We have worth that’s immeasurable.”

Alternatively, mega-billionaire George Soros lets his money do the talking for him. His philanthropy has found its way to organizations that specialize in “death with dignity,” including assisted suicide. The message is again very simple—in essence saying that man does not belong to God, nor is he accountable to God for how he lives his life. In fact, according to LifeNews, “Soros claimed that his mother ‘had at her hand the means of doing away with herself.’ He recalls asking her ‘if she needed my help.’”

By the same token, conversations in hospitals are guided, to some extent, by the messages people have heard before they arrive—prior to the crucial moment when someone must make a life and death decision about a loved one. In the hospital, a doctor might suggest sedating a patient who appears to be anxious or who is experiencing a high level of pain. A sedative sounds okay; we think of that kind of medication as having a calming effect or helping someone relax.

But what if someone suggests to us that our loved one’s sedative is necessary so that he can pass from life to death calmly? That is known as “terminal sedation” and the end result is death, brought on not by the body giving out, but by the medication.

All of a sudden that sedative has become a lethal weapon in the hands of medical professionals who think they know what’s best!

The entire movement toward assuring each of us that we have a “right to die” is based on the false message that one’s death can be controlled because we have the final say. The fact that death is inescapable has been buried in the messages that we control the time and the place.

Today we can even go to a website and take part in a poll asking whether or not assisted suicide should be legal. Some may be ignorant as to what the term even means, but by golly, we can vote!

But is it good, is it right, or is it just to end one’s life simply because life has become too burdensome? There was a time when the answer to this question would have been a resounding no.

But in today’s culture this is no longer the case.

There was a time when physicians functioned under a set of ethical norms—the Hippocratic oath—that would negate the possibility of arguing that taking a patient’s life was ethical.

Today the messaging is different. As one physician stated, “Referring to physician-assisted suicide as ‘treatment’ is a new rhetorical tool that is used by the advocates of euthanasia.” Further, he warned, “For palliative care to remain a healing intervention, it cannot include ‘therapeutic homicide.’”

When a loved one is in the hospital, hospice, or a nursing home, the crucial questions are these: Will he receive relief from pain or is he going to be killed? Does his life have immeasurable value or is he someone who needs to be put out of his misery?

It’s all about the messaging.