Trending Now
You are at:Home»Featured»Mid East Misogyny and the Plight of Muslim Women
By Ken Connor on July 1, 2011 Featured, On Books, Women 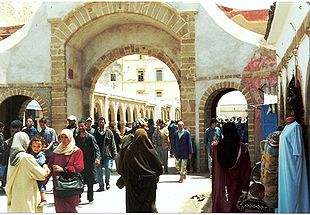 “[S]ome things must be said, and there are times when silence becomes an accomplice to injustice” Ayan Hirsi.

In her best-selling autobiography, Infidel, Somali-born writer, politician, and activist Ayan Hirsi catalogs a lifetime of grievances against the Muslim culture and religion.  Throughout the book, Hirsi laments the West’s reticence to deal honestly with the egregious human rights abuses that routinely occur in the

No doubt when Hillary Clinton was appointed Secretary of State, women around the world were inspired and encouraged.  Finally, an advocate for women’s rights in the most powerful diplomatic post on earth!  Surely Mrs. Clinton would leverage her new position to catapult women’s issues to the forefront of the international human rights debate.

Yet, as Maureen Dowd points out in a recent article, Mrs. Clinton’s performance on international women’s rights has been disappointingly muted.  As it happens, Hillary is constrained  by the same strategic interests that have prevented the United States from taking a bold position on human rights abuses in the developing world for decades.  This is particularly true in regard to our relations with Saudi Arabia, where a recent campaign to raise awareness of the Saudi ban on women driving (only one of a long list of offenses) went largely unnoticed.

The persistent “gender apartheid” that Dowd discusses in her article is no exaggeration.  In many countries throughout the Middle East and beyond Muslim women are treated as second class citizens – mere chattels in a male dominated society.  They are divorced with impunity, routinely abused, killed for breaches of honor, beaten for being in the company of men who are not their husbands, and in some cases subjected to excruciatingly painful and humiliating genital mutilation.  The list of offenses and indignities goes on and on.

It is a curious irony that feminists in the United States haven’t taken up the cause of Muslim women.  The all-female Liberal activist group Code Pink has time to organize a flotilla protesting Israel’s blockade of the West Bank, but no time to stand up for an entire population of women (some of them Palestinians, no doubt) whose most basic rights are denied on a daily basis.  Why the silence?  Why the complicity?  Hirsi addresses the issue of western diffidence towards the plight of Muslim women in her writings:

I cannot emphasize enough how wrongheaded this is.  Withholding criticism and ignoring differences are racism in its purest form.  Yet these cultural experts fail to notice that, through their anxious avoidance of criticizing non-Western countries, they trap the people who represent these cultures in a state of backwardness.  The experts may have the best of intentions, but as we all know, the road to hell is paved with good intentions.

By “elevating cultures full of bigotry and hatred toward women to the stature of respectable alternative ways of life” and focusing instead on the advancement of abortion rights, gay marriage, and other pet causes of the liberated west, American feminists are guilty of gross hypocrisy.  Their silence on the plight of Muslim women is truly deafening.  So is the silence of Christians around the world, for that matter.  The Church, which proclaims the sanctity and dignity of every human life, should be outraged about the plight of Muslim women in the Middle East.  What better witness of Christ’s love could we offer than to take up the cause of those who yearn for the kind of freedom, grace, and redemption unique to Christianity?

The root cause of our diplomatic timidity on these issues is no surprise.  We need the goodwill and cooperation of countries like Saudi Arabia because we need their oil.  We are well aware that the House of Saud actively supports the subjugation of women, but we turn a blind eye to this injustice because “we have bigger fish to fry.”  We have concluded that we can’t afford to alienate Middle Eastern misogynists, because the economic and political repercussions of doing so would be severe.  The plight of Muslim women should be a cause that every person of goodwill and common sense can to get behind as a motivation for ending America’s dependence on foreign oil.  Only when we’ve broken our addiction to Middle East petroleum does it appear that we will be free to speak out boldly against the plight of women in many of the world’s top oil-producing nations.

Elevating the rights of women in Muslim Countries is a cause that should galvanize Liberals and Conservatives, Christians, Jews, and American Muslims – indeed, anyone who is interested in equality and liberty and justice for all.  The blessing of a free society is that our citizens are free to speak out on this issue even though our public officials can’t find their voice.

Is our love of gas-guzzling SUVs and our wrongheaded sense of “multicultural sensitivity” preventing us from giving this issue the attention it deserves?  Only we know the answer to that question, and while we hedge and waffle, the cries of persecuted women in the Muslim world continue to ring out.