Trending Now
You are at:Home»Featured»Minimum Wage Law Backfires in American Samoa
By Samuel Hearne on July 6, 2011 Featured, The Economy 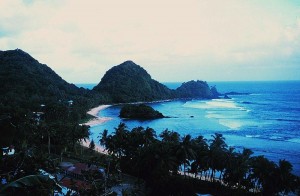 A 1961 Reader’s Digest piece called it “America’s shame on the South Seas.”  American Samoa remains relatively impoverished compared to the rest of the United States to which it is attached. Recent efforts to invigorate its economy offer a lesson in government planning and unintended consequences that those who seek to help the poor would do well to consider.

In 2007, the United States government imposed a new federal minimum wage on American Samoa and the Commonwealth of Northern Mariana Islands (CNMI.) While this increase was well intended—a response to the islanders’ wages being lower than that of their mainland counterparts—the results have been nothing less than devastating.

According to a new report from the United States General Accountability Office (GAO), the 19 percent decline in employment in the workforce that American Samoa has experienced since 2008 was in large part the result of imposing minimum hourly wages across various industries. The island’s primary industry is tuna fish canning, with major employers Chicken of the Sea closing and Starkist announcing huge layoffs. In 2008 the number of workers in the canneries was slightly more than 19,000 but has since fallen to 15,400.

Imagine the impact of this kind of job loss on an island with a total population of just over 67,000 people.  At the same time, according to the GAO, the value of canned tuna fell from almost $600 million at the end of 2008 to $312 million by the beginning of 2010. What is even more astonishing is that, despite minimum wage laws, earning overall for American Samoans has fallen. “For the period from 2006 to 2009, average inflation-adjusted earnings fell by 11 percent. This resulted from a rise in average annual earnings of about 5 percent while local prices rose by about 18 percent,” the GAO report stated. Another federally mandated minimum wage increase is scheduled to go into effect for the cannery industry in September 2012, raising the minimum to $5.26 per hour.

While it would be a wonderful thing if the people in American Samoa and CNMI could have the same standard of living experienced in Hawaii or Oregon, this is not presently possible given the productivity of the islanders’ economy. The CIA World Factbook reports that the per capita income in the Independent state of Samoa, American Samoa’s closest neighbor, is only $5,500 a year while the income for its other close neighbors Tonga is only $6,100, Niue $5,800, and Fiji $4,600. By comparison, American Samoa is doing rather well at a per capita income of $8,000 (2007 numbers).

However in an economy based on canning tuna it is just not possible to remain competitive when the government continues to raise the costs associated with production.

Official statistics may not tell the whole story. In a June 24 interview  with Samoa News, Governor Togiola Tulafono of American Samoa said the GAO report “does not capture or convey the magnitude of the economic disaster that has befallen American Samoa.” For one thing, the current unemployment rate is fast approaching 25 percent. What’s more, the report does not mention the loss of employment in sectors other than tuna canning. “It would not take much in these conservative assumptions for total employment losses in 2010-2011 to reach 10,000-12,000 or roughly 50 to 60 percent declines in total employment in American Samoa from 2008,” Tulafono said. Minimum wage increases should “be terminated immediately in American Samoa,” he added.

Also calling for the minimum wage increases to be immediately halted is American Samoa’s elected non-voting delegate to Congress, Eni Faleomavaega. Like other industries, tuna canneries have options. “Chicken of the Sea closed its operations in the Territory, displacing over 2,000 workers whose jobs were outsourced to Thailand where workers are paid 75 cents and less per hour to clean fish,” he said.

The Samoan people’s elected delegates have only had minor success in slowing the minimum wage level raises. (The plan was to have it raised to mainland levels of $7.25 an hour by 2016 but this was delayed by President Obama in January pending the findings of the GAO.)

The unintended consequences of minimum wage laws influence the moral calculus of the situation. The obligation to empower the poor cannot be discharged simply by compelling employers to raise wages for their lowest-compensated employees. By analyzing the actual impact of such policies, we see that the solution to poverty will be more delicate and complex. At the least, any proposed solution should engage cooperatively the people who are to be helped. That the minimum wage legislation has bypassed the input of Samoans’ themselves is clear from the responses of local leaders such as Tulafono and Faleomavaega. The message from Samoans who are watching their economy sink into the sea is, “Give us more freedom to manage our own markets without interference from Washington’s bureaucracy.”

It would be better to let wages be set freely between employer and worker, with the underlying productivity of the worker and the realities of the market as a guide. Low wages are better than no wages (unemployment), which is what happens when low-skilled workers are priced out of the labor market by artificial wage floors. Governments, charities, and other institutions all have roles to play in helping such low-wage workers maintain a standard of living befitting of human dignity and enabling them to obtain the skills necessary to gain access to higher-paying jobs. But blunt and inflexible wage controls, no matter how well meaning, will not open the path to prosperity in American Samoa.