Trending Now
You are at:Home»Featured»Movie Review: Denial
By Sr. Helena Burns, fsp on October 5, 2016 Featured, On TV and Movies 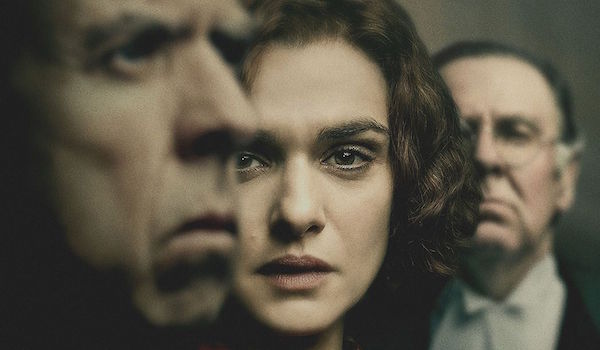 A new film aptly entitled Denial — about a famous Holocaust-denial court case–is a jewel. I hope it will be used in classrooms. I will be doing some SPOILERS in this review in order to pick apart the storyline, as well as the reality of dealing with Holocaust deniers.

Rachel Weisz plays professor, historian and author, Deborah E. Lipstadt, and carries the film with grace, warmth and humanity. Her character is a woman of pluck, intelligence, veracity and determination. Weisz, a Londoner, masters an endearing and flawless New York City accent.

Lipstadt is a professor who has dedicated herself to debunking those who try to debunk the Final Solution (the wholesale, systematic slaughter of Europe’s Jews by Hitler and Nazi Germany during World War II). In one of her books, she cites Dr. David Irving (Timothy Spall), a vicious, megalomaniac historian who falsifies history in order to paint an alternate world where the Holocaust never happened.

The karmic question (posed by Lipstadt to her students) at the beginning of the film is: “How do we know that the Holocaust happened?” Immediately, we see the consequences and importance of these queries: How do we know anything happened? How can we be sure of history? Who gets to be the keepers and framers of history?

Dr. Irving shows up (with his own videographer) at a talk given by Lipstadt. He begins heckling, challenging and pulling flamboyant stunts to discredit her. Dr. Irving is removed by security because Lipstadt’s policy is to never debate those who deny history. But Irving (who is British) goes on the offensive and sues her (in the British court system) for libel. He alleges that she has tarnished his professional career and he is now treated like a pariah because of her accusations.

And here’s where it gets even more strangely intriguing. In the British system, if you are sued for libel, you must prove that you are innocent, not the other way around! Lipstadt hires a crack team of British lawyers, but still has difficulty wrapping her head around this “guilty till proven innocent” reversal.

The one thing she wants to do more than anything is get on the stand herself and testify. She wants to put Holocaust survivors on the stand to tell their stories. Her legal team forbids both. She is to sit there, tight-lipped, and let them handle it. It’s the only way she’s going to win.

Lipstadt feels the weight of her duty to history, the Jewish community and the survivors themselves. She can’t blow this. She can’t lose. But victory needs come through some decidedly un-American tactics.

There are lighter moments in the film that don’t feel like perfunctory “comic relief” to offset an egregious topic. They are natural flourishes proceeding from the personalities and contrasts of the conflict at hand.,

The camerawork is standard and gets out of the way for the most part. The film includes a visit to Auschwitz by Lipstadt and her legal crew. I’ve seen quite a bit of footage of Auschwitz through the years, but this is like an organic documentary-within-a-feature-film, focused on a few aspects of that hellish place, cinematically “breaking the fourth wall.” Well done.

I went into the film wondering about free speech issues. How can you legislate about those who choose to wackily deny reality without taking away the right to free speech (although free speech always has its limits)? And now with social media–how could we ever control trolls? Do we even want to? How exactly do you classify “hate speech” when virtually any opinion is categorized thus today?

The answer in the film is rather simple: “Free speech? Yes. But you will be held accountable for your lies.”

I did not remember this 2000 trial in the news, so I wasn’t sure of the outcome of the film. For those of you who don’t remember it either, I won’t do a spoiler here.

Let me conclude this review with these two thoughts: Who’s in charge of history? We all are. When will the Jews “stop talking about the Holocaust” (although it hasn’t even been 100 years and survivors are still alive)? Never, I hope. Remembering the Shoah benefits the dignity of all humankind.