Trending Now
You are at:Home»Featured»Movie Review: Full of Grace
By Sr. Helena Burns, fsp on January 11, 2016 Featured, On TV and Movies 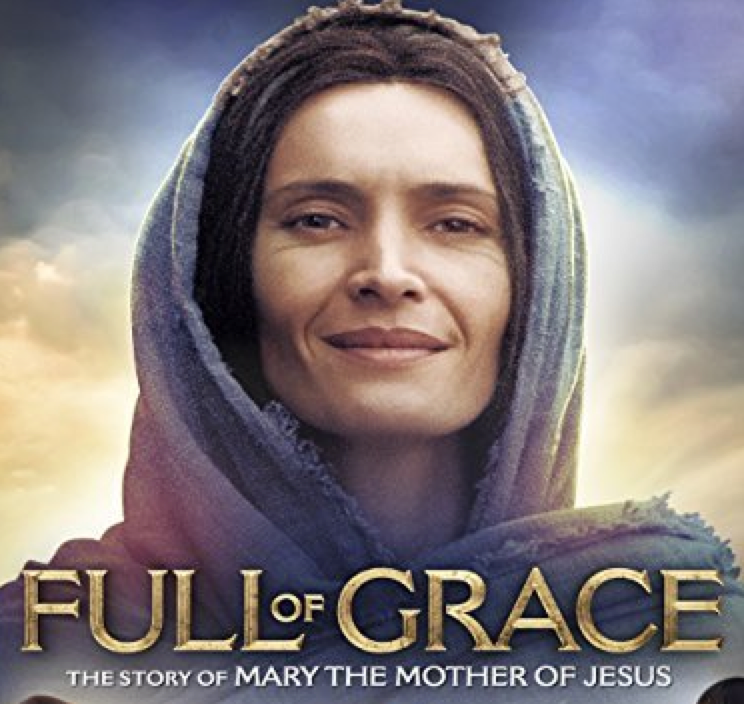 Full of Grace is an art-house, indie film about the last days of the Blessed Virgin Mary (Bahia Haifi) on earth. The story is interwoven with the plight of Peter (Noam Jenkins) who–although the Church is growing–is faced with heresy upon heresy, distortions of the Faith in thought and practice (“they are picking apart the Living Word of God”) and the malaise of his own indecision.

He is reminded by other Church leaders that Jesus gave him the authority to lead, and that if he doesn’t, impostors will fill the gap. Mercifully, Our Lady (whom all call “Mother”) summons Peter–because she knows she is getting ready to go to the Father’s house. Mary is able to strengthen Peter’s faith (and ours as we listen to her!), not only by recounting details of the Annunciation and Jesus’ life and ministry, but through her own reflection and wisdom about what it all means and “where to go from here,” when the Apostles and first Christians had no Church history to fall back on.

Imaginatively faithful, “Full of Grace” bases itself in part on the Didache and what we know of the early Church. At the end, we do not see Mary’s Assumption, but rather her body wrapped in a shroud and placed in a tomb (presumably the Assumption happening much like Jesus’ Resurrection).

For starters, this is more of a filmed play than a film. It is a series of longish dialogues and monologues. There is precious little action. Perhaps the writer-director’s background in horror films (Andrew Hyatt, a revert to Catholicism) informs the moribund pace and mournful string music throughout. I just discovered that Hyatt directed an amazing 2012 pro-life horror film called The Frozen, which I recently watched. (I never watch horror because I am perfectly capable of scaring myself silly in broad daylight thankyouverymuch, but something drew me to this little film and I highly recommend it. I’m sure true horror fans will find it tame, but the story line really “haunts.” In a good way.)

This film could actually work as a one or two person play. Handheld and extreme close-ups dominate the camera work. “Full of Grace” joins the ranks of “Into Great Silence” for a film you have to be in the mood for, a contemplative mood.

Mary is all about Jesus

The acting is very fine and the dialogue is often brilliant and completely applicable to today without sounding anachronistic. Mary and Peter are not primarily focused on Church structures, rules and internal strife. They know that’s not the heart of the matter. The heart of the matter is the Risen Lord (not the Lord who lived on earth in the past) who has not left them, who offers a risen life to all through the spread of the Good News.

The film is a snapshot of the early Church at a low point: Peter is discouraged and Mary is dying. But Mary, “the Church at the source,” saves the day. Toward the end, when Mary has the Apostles gathered ’round her, she begins to “preach” in a womanly way to the men — as a raconteuse — and instructs them as to how they, too, can have her faith. Very Theology of the Body at this point.

Film could have been shorter

The most disappointing parts of the film for me are the flashbacks to the Annunciation. Mary strolls about in a white dress that looks like a twenty-first century sun dress with capped sleeves. And, like virtually every Bible film before it, no angel is shown.

The beginning of the film could also have had more tension and dialogue, rather than waxing meditative so immediately. We needed more exposition and more investment in the characters, even though we know them outside the film.

Every film has to make us know these characters anew. The film owns these characters now. Who are they? Every scene and beat of the film could have been trimmed to shore it up, and the film would have worked better if it was shorter.

The sets are sparse, tightly contained, and filmed either outdoors in the remote hills where Mary is staying — mostly likely due to the ongoing persecution — in a cave, or inside Mary’s house. There are repetitive establishing shots.

Personally, I would love to have an audio of Our Lady’s final soliloquy to bolster my faith on a daily basis! The well-cast actress has a strong, elegant and persuasive cadence. At the very end of the film it is Peter, however, who has the payoff lines regarding the solution to the multiple impasses facing the Church. God’s ways are always simpler than we think. Never easy, but always sure and true. And the Truth–who never leaves us all alone–will also set us free.