Trending Now
You are at:Home»Featured»Movie Review — The Hunger Games: Mockingjay, Part 2
By Sr. Helena Burns, fsp on December 7, 2015 Featured, On TV and Movies 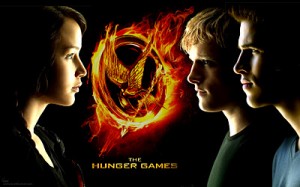 If you already know how the Hunger Games saga ends, you may want to skip this third installment — unless you are fond of tedium. The beginning gets off the ground well enough with lots of dialogue and ominous music that is just setting the stage for future action scenes. However, said action scenes drag on and on, do little to advance the story, and one infuriatingly long sequence involves scores of fantastical creatures that just keep coming and coming and coming at our characters.

It became almost comical and all I could do was envision those police cars piling up and up and up in The Blues Brothers, or myriad clowns piling out of a VW.

To edit or not to edit?

At times toward the middle and end of the film the movie felt almost unedited, like the filmmakers just let the camera run, or they just got tired of editing. I suspect they were running out of ideas at this point in the film and also just wanted to make the ending of the whole series feel epic (by its completely unnecessary length of 137 minutes).

This lack of editing gives the story an uninteresting, amateurish feel, like first-time filmmakers who are so attached to their every shot that they can’t decide which “gems” to get rid of.

This desperate need for editing was felt not only in the action scenes, but also when the camera constantly plays on Katniss’ (Jennifer Lawrence) face for prolonged periods of time. Granted, Jennifer Lawrence may prove to be the Meryl Streep of her generation, and she masterfully holds the camera’s (and our) attention with every slight shift in mood, every small twitch or squint, but…enough already.

Another consistent flaw with The Hunger Games, in my opinion, is the fact that Katniss’ love interest is all wrong. The characters and/or actors of Peeta and Gale should have been switched. I find no chemistry between Peeta (Josh Hutcherson) and Katniss, but lots between Gale (Liam Hemsworth) and Katniss. Am I wrong?

Let’s recall at this point, Suzanne Collins’ intention for writing The Hunger Games in the first place. She came from a military family and wanted to get young people thinking about the seriousness and horror of war before they might blithely or naively consider enlisting at the tender age of 18. Although — as I stated in my reviews of the previous films in the series — I have big problems with the milieu of children killing children (even granted Collins’ noble cause), this film has some excellent ethical discussions that unfold organically as the characters are forced to make decisions, react, retaliate and plan their course of action.

The strongest point of the film is Katniss’ moral compass that just won’t quit. She gets the complexity of the situation, but she never wants to lose her humanity. She is not afraid of the hard thing, of the hardest thing if it’s the right thing.

The questions the film raises are worth looking at carefully: If we are willing to use the same ruthless tactics as our “enemy,” what makes us so different from our enemy? Does it matter if we’re any different from our enemy? And how different are we from our enemy, really, as fellow human beings? Can we win if we use ethical tactics and our enemy doesn’t? What if we begin to commit the same atrocities that kicked off a war in the first place–then what are we fighting for? Where does it all end? What happens when authority breaks down in the ranks? Is there one mutual enemy of us all? Clarity is needed more than ever in times of armed conflict.

Saving lives in the middle of warfare

There are some good shockers at the end — but getting there was fatiguing to say the least (I can’t tell you how many times I looked at my watch), and the relentlessly heroic soundtrack was draining. Katniss is still looking a lot like Joan of Arc, even literally “catching on fire” in a bad way (Joan died by being burned at the stake at 19 years old).

Joan prided herself on never having killed anyone personally and even reached out to the enemy, begging them to save their lives, even as she was in the thick of battle with her men. (Katniss, also, is always concerned about saving as many lives on both sides as possible.) When President Coin (Julianne Moore) sees that a French Revolution-style bloodbath is imminent, she finds a creative way to lessen the bloodshed.

In some ways, the whole Hunger Games experience is summed up toward the end of the film in a letter from Plutarch (Phillip Seymour Hoffman, RIP) to Katniss. He tells her that they have now entered that sweet period of peace that happens after a bloody conflict while the horrors are still fresh in people’s minds. The question to all of us is: how quickly will we forget and return to our all-too-easy bloodlust? To violence as one of the first and best solutions?