Trending Now
You are at:Home»Featured»Movie Review: Jurassic World
By Sr. Helena Burns, fsp on June 17, 2015 Featured, On TV and Movies 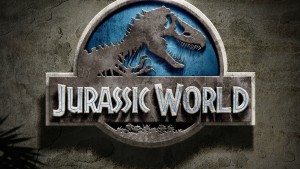 The fourth of the Jurassic movies, Jurassic World, is brilliant, in keeping with the tone of the franchise, and great entertainment. The over-the-top trailer should never have shown us the escaped pterodactyls swooping down on everyone. That was a total spoiler and made the film look overblown, which it is not.

Jurassic World retains all the fine human drama and tight, meted-out tension of the first groundbreaking (or should I say ground-pounding) film over twenty years ago.

Family is key to the characters. Two brothers (with a typical rocky sibling relationship), one a teen and one a pre-adolescent obsessed with dinosaurs, leave their parents at home and set off for a “family vacation” with their Aunt Claire (Bryce Dallas Howard, always a delicious ice queen) who works in a top administrative position at “Jurassic World.” But she’s all business (even with her one-time boyfriend played by Chris Pratt) and doesn’t have much time for them. So the boys take off on their own, not always obeying park policies which you know is just such a bad idea at Dino Den.

Chris Pratt plays Owen, a former Navy guy who trains raptors to follow commands. Vincent D’Onofrio thickens the plot as an unscrupulous war monger who sees the potential for breeding dinos as war machines. The scientist in charge of the breeding lab also throws ethics to the wind as he creates hybrids and completely new dinosaurs. So, similar to the other films in the series, we have the voices of commerce, utilitarianism, science run amok, and a voice of respect for animals and nature itself (Owen).

It’s hard to say much about the plot without giving too much of this funzo suspense-thriller away. Suffice it to say that it’s all action after we witness: the present-day development of the mega-theme park (it really is pretty awesome), the dilemma of needing bigger thrills and more “wow factor” from “bigger, louder” dinos with “more teeth” (the Park has become old hat!),   and the inciting incident of an escaped, ferocious, highly-intelligent, lab-creation “Indominus Rex,” with unknown behaviors.

Before the mayhem begins, there’s just one well-placed conversation about the morality of it all between Pratt’s and D’Onfrio’s characters. It made me think of how much more urgently we need to have these conversations about the manipulation of the human genome!

The battle for the upper hand winds up being between commerce (the Park must go on!) and utilitarianism (war for the sake of war). And both have one thing in common: human life is cheap. The body count isn’t extremely high or graphic, but those bodies are some people we’ve gotten to know. The goreless gore and constant frights might be a bit intense for little ones.

The chemistry between Claire and Owen really clicks, and much of the comedy emanates from the outdoorsy tough-guy wooing the indoorsy, prim, control freak gal. In fact, there’s quite a bit of laugh-out-loud comedy–mostly dialogue. There’s also lots of gasp-out-loud moments which somehow this film frees you up to do. Even if you are a staunchly silent moviegoer.

Jurassic World serves up an unexpected thrill a minute without bludgeoning the audience. It’s masterfully well-paced in the style of 20th century films.

There’s an all-over 20th century feel to this larger-than-life, truly epic and almost “Western” film, except for the dull and dreary lack of light and color that continue to plague our digital world. You will be ruined for life after witnessing the next-stage visual effects. I sincerely forgot that the dinos, especially the velociraptors weren’t actual beasts.

The biggest laugh and most unbelievable, tongue-in-cheek element in this whole film? Bryce Dallas Howard in stilettos for the duration.