Trending Now
You are at:Home»Featured»Movie Review: Seven Days in Utopia
By Mary Kochan on September 2, 2011 Featured, On TV and Movies 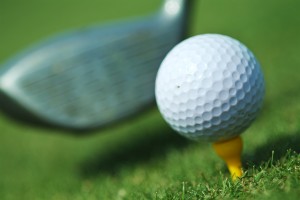 Pop quiz — I’ll give you the plot; you name the movie: Up and coming rookie sports star in need of an attitude adjustment accidentally strands himself in a small heartland America town where he runs into a former top performer in his sport who left the limelight years ago but has profound life-changing wisdom to impart about what’s really important and, incidentally, how to win.

If your thinking Cars, the 2006 Pixar animation smash hit – bingo. Change the sport to golf, Lightning McQueen to Luke Chisolm (Lucas Black), and Doc Hudson to Johnny Crawford (Robert Duvall) and well – you’ve seen Seven Days in Utopia before. Utopia even has a “Sally” in the form of Sarah (the exquisite Deborah Ann Woll) with whom Luke makes the ride to take in the obligatory view from a bluff at the magnificent scenery below so the girl can explain why she loves it here, where “I have everything I need.”

Based on the book, Golf’s Sacred Journey: Seven Days at the Links of Utopia, by sports psychologist David L. Cook, the movie, which Robert Duvall called “a little religiously oriented” — is thoroughly evangelical… and Evangelical. Duvall continued: “Some people might be more cynical about a message with religious overtones. I don’t know. But I think people might relate.”

Well, I’m no cynic, but there is a saying that “when all you have is a hammer, everything looks like a nail” and I think I can say about this film that when all you have is the sinner’s prayer, everything looks like an altar call. The Evangelical formula for conversion drives this film, simplifying, rather than merely compressing, the protagonist’s journey.

I will have to let another reviewer discuss this as a golf film since I am not an aficionado of the game, illustrated by the fact that face-on putting plays a metaphorical role in the film and this was the first I had ever heard of it. I can’t tell if the film will meet the expectations of those who go to see it for the golf.  I imagine that the reactions will mirror the reviews on Amazon of the book, with Christians extolling it and people who bought it expecting a book about golf feeling like they were had when they realized that the goal of the book was to convert them. The movie is forthright about that goal, telling people to check a website for the ending of the story. I kid you not. This provoked laughter in the theatre where I screened the film, as I imagine it will do when it opens today. (If not demands for a return of the ticket price.)

That’s too bad, because allowing the movie to end would have solidified the lessons of the film (and despite some entertaining moments and a great cast, the film comes off as a series of lessons) while satisfying an audience that I think is merely going to find the film frustrating, if they end up caring at all.

Here are a few of its merits and demerits:

Merit: When Luke starts to kiss Sarah, she gently remonstrates with “Not yet.” Good line to have up your sleeve, girls.

Demerit: Screenwriter, it was not necessary to have her follow up a few seconds later telling him that “It doesn’t mean ‘never.’” Like, we all got that; even Luke got that. Sheesh.

Merit: Small town heartland America, still has real community.  There is a reason why films keep taking us there.

Demerit: A town of just over three hundred people holds a huge hoe-down capped off with fireworks the same week as they put on a rodeo. Doesn’t anyone in that town have a job?

Merit: Luke is being called to faith in God throughout the movie, asked to make an examination of his life in ways he had never done before. He is confronted with his own end and the question of whether his life will be merely about getting a little white ball into a hole in the ground. The point is clear that in sports, as through any honest work, a person can learn to practice virtue, making the sport or work a means of purification of the soul — for it can never be a truly satisfying end in itself.

Demerit: Many movies have better captured the struggle where sports and spiritual conversion intersect. You probably already have some favorites; this is not likely to end up among them. And I am sorry to say that, because the film is very, very sincere.