Trending Now
You are at:Home»Columnists»MTV Exploits Viewers to Make a Quick Buck
By Marybeth Hicks on May 24, 2012 Columnists, Featured, On Media, Parenting 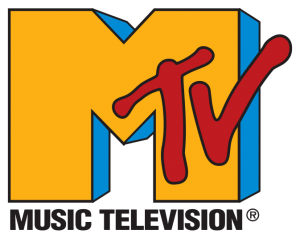 I have joked for years that MTV is destroying civilization as we know it. Then, the network gave us “Jersey Shore,” and proved my joke wasn’t funny, it was true.

Now, I’m convinced the people at MTV actually sit around a conference table and ponder the question: How can we exploit and corrupt the innocence and morality of an entire generation?

Earlier this week, Breitbart.com ran a story about a casting call posted on a site called Realitywanted.com, which lists opportunities to appear on reality TV shows. This one was for a proposed MTV show titled “Losing It,” in which participants (required to be 18 or older) would allow themselves to be filmed as they embarked on a journey to lose their virginity.

“Do you want to take things to the next level?” the post asked. “Like, are you ready to hand over your V Card? Or do you have a friend who is ready to lose it?”

Reassuringly, the casting call promised that filming would not include the act itself. Such a sacrifice on MTV’s part, considering the ratings that could be achieved by following a newbie into the bedroom.

Yet this is what now can be considered MTV’s sense of boundaries. You’ll only be exploited to a point.

Fast forward to Tuesday. The casting call has “expired or been removed.” Since it wasn’t set to expire until May 28, it’s safe to assume MTV took the hint from the disgusted reactions across the blogosphere and Twitterverse to such a grotesque concept for a TV show.

MTV’s bad taste is now the stuff of legends. After all, this is the cable network that gave us “The Hard Times of RJ Berger,” a short-lived “teen sex comedy” about a nerdy 15-year-old whose claim to fame is a notoriously large sex organ.

But bad taste and the “entertainment” it produces aren’t nearly as egregious as MTV’s utter lack of social responsibility.

Media is now considered a “sexual super peer,” especially for adolescent girls. This means girls look to media for guidance and information about sexual behavior and practices. The American Psychological Association, in a 2007 report from its Task Force on the Sexualization of Girls, stated emphatically that media is primarily responsible for sending consistently negative messages about sex that serve to corrupt girls’ sexual innocence and define themselves in sexual terms.

But beyond awareness and self-image, tweens and teens are acting on the information gleaned through the media’s constant barrage of sexual themes. Young people’s “sexual media diet” or “SMD” is predictive of the onset of sexual activity.

In a study of 12- to 14-year-old girls, those with larger SMDs were more likely to be sexually active within two years than those who consumed less sexual material. And a 2008 study released in the journal Pediatrics revealed that exposure to sexual content actually is a predictor of teen pregnancy. Other studies confirm that teen girls have high rates of regret about sex and, more often than not, wish they had waited to become sexually active.

The folks at MTV may think they exhibit responsibility by balancing hypersexed shows like “Jersey Shore” with “16 and Pregnant,” another in its “reality” lineup that focuses on the struggles of being a single teen mom. (Really, what is “real” about any of these shows?)

It’s a sure bet they pat themselves on the back for their partnership with the Kaiser Family Foundation on a website for young people called Itsyoursexlife.com, which offers advice and information on how to enjoy “safe and healthy” adolescent sex. (The guru at that site is Dan Savage, the vulgar and volatile gay activist who makes news by bashing the Bible.)

But none of MTV’s smoke screens can obscure the fact that one of the most popular networks for teens and tweens would sell out the physical, emotional and spiritual health of its audience if it meant making money on a tasteless reality show.

So it’s back to the conference room for the MTV creative team. Can’t you just wait to see what they come up with next?