Being a congressman can be a great job. It can be attractive for someone who relishes the ersatz virtue of playing Santa Claus with other people’s money, who finds a year-round routine of fund-raising social events enjoyable, and who covets receiving one of the most generous pensions on the planet. It can also be a great challenge for someone who didn’t pursue the job for those purposes.

Consider my congressman, first-term Representative Mike Kelly (R-PA). (Full disclosure: I voted for him and contributed to his campaign.) 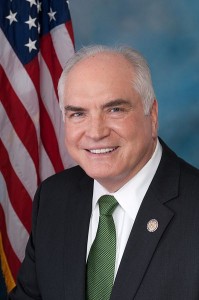 Kelly is an interesting case. He didn’t need Washington. Already set financially from his successful automobile dealerships, satisfied with the joys of living close to his family, Mike Kelly didn’t need the money, fame, prestige, or power of a congressman. He would have been happy to enjoy the good life he already had, watching his grandchildren grow up. He gave a lot in order to go to Washington belatedly, at age 62, but he did it in the hope of stopping a runaway federal government before its insane policies produce a calamity.

Having recently attended one of Kelly’s town-hall meetings, it is clear that he has been dealt a herculean task. First, he has the extremely difficult task of convincing many of his constituents that the federal government has to spend less, not more, in order to avert economic ruin. Based on what I saw and heard at the meeting, the odds are against him.

One conservative gentleman craved a government policy—certain to cost tens of billions of dollars—to convert our national automobile fleet to run on natural gas. A liberal lady wanted new federal spending on educational training. They meant well, I know, but I felt like asking, “What part of ‘we’re broke’ do you not understand?”

Kelly related a phone conversation that he had with a couple in their 80s: They begged him not to support Paul Ryan’s plan to reform Medicare, even though the plan doesn’t touch benefits for anyone over 55. They were opposed to any plan that would increase consumer choice; they just wanted the government to tell them what to do.

More resistance to downsizing Big Government was typified by a lady who felt we could afford the ongoing federal spending binge if only we would raise taxes on “the rich” and on oil companies allegedly making profits of “38 percent.”

Alas, this anti-capitalist religion is founded on myths. Big Oil generally makes 7-8 percent profits, and earned 6.1 percent in the most recent quarter—enough to place their industry 112th after publishing, software, telecom, biotech, steel, restaurants, beverages, and other capitalist demons. Exxon, the biggest of Big Oil, has paid more in taxes on U.S. operations during the last five years ($59 billion) than government has allowed them to keep as profits ($41 billion).

As for “the rich,” whose percentage of total income taxes paid actually rose after the Bush tax cuts, you could take 100 percent of their income and still not eliminate the deficit. Rep. Kelly is going to have a difficult time curbing federal spending when many voters believe that they are morally justified in operating on the “principle” of “He has it, we want it, and we have more votes.”

Also standing in the way of Kelly’s goal of shrinking government deficits are many, perhaps most, of his congressional colleagues, who take the line of least resistance and vote for government largesse for so many who simply appeal and lobby for it.

Another formidable obstacle to the general goal of curbing Big Government before it ruins us is a president who has the opposite goal. President Obama is so committed to expanding government that he continues to call for new programs and has proposed no serious reforms of Medicare—a program whose costs are likely to increase exponentially in the future.

As if government-addicted constituents, a divided congress, and an obstinate president don’t make shrinking government seem like “mission impossible,” Mike Kelly and his colleagues have to contend with the entrenched power structure of Washington’s leviathan bureaucratic state. Trying to curtail bureaucracies’ expensive excesses is like the game Whack-a-Mole. For every abusive regulation that Congress is able to rescind—such as the EPA’s recently annulled rule that dairy farmers take costly oil-spill prevention measures (on the astounding ground that milk contains a type of oil!)—the bureaucracies promulgate dozens of new regulations.

I admire Rep. Kelly’s courage in waging this uphill battle. He’s trying to save his constituents from a runaway government, but many would rather run away with the largesse that government gives them.