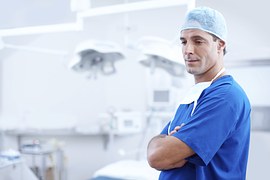 My comment was met with a blank stare, a look of confusion. Fortunately, it only lasted a few awkward seconds. I was visiting my nurse practitioner for a nagging abdominal pain. Having concluded that I should have a CT scan (a detailed, in-depth x-ray) she had asked me if there was any chance I might be pregnant. My answer temporarily confounded her. “Well, I haven’t ovulated yet this cycle, so no. There is no chance I’m pregnant.”

My answer must have been outside the normal algorithm she used to determine propriety of ordering a test that involves radiation. In other words, I didn’t tell her I was celibate or using contraception. Instead, I expressed a knowledge and evaluation of my personal cycle of fertility. I could see her mind retrieving long-unused knowledge to interpret what I’d said.

My CT scan was three days after the initial appointment. Being intimately familiar with my cycle, my husband and I knew that ovulation was imminent and that we should abstain during my fertile time that cycle. We wanted to avoid the possibility that a newly-conceived baby might be bathed in radiation. I also didn’t like the idea of conceiving through a mature ovum that had been irradiated. We can only pinpoint ovulation in retrospect, so we knew to be especially cautious.

Since I’m in my mid-40’s and we chart my cycle every month, we know that our chances of conception are low. We have been open to conceiving for an extended time and have had one early miscarriage and no other perceived conceptions. Still we were careful in order to avoid any danger.

The following week (four days later) I had a follow up with my nurse practitioner to discuss the scan results. As it happened, my pain was in the left side of my abdomen. Nothing appeared on the exam on the left. I did get diagnosed with two other conditions related to my age, my fitness level (or lack thereof), and my having carried and given birth to a large family. No surprises there. After relating those two diagnoses, she said with some bewilderment, “You also have an ovarian cyst on the right.”

Most women have ovarian cysts at some point in their childbearing years. They can cause pain similar to what I’d been experiencing. They’re normally diagnosed via a CT scan (which I’d had), MRI or ultrasound. Treatment for a detected cyst includes hormonal contraceptives, laparoscopy (a method of removal for a small cyst), or laparoscopy (for removal of a larger cyst). I wonder what course of treatment might have been prescribed if I had not been armed with an explanation. “I was ovulating that day.” Cysts and mature follicles which are about to produce an ovum look the same on a scan.

This time she smiled with understanding and said with a laugh, “You understand your cycle well.”

Additionally, I can only speculate on this aspect, but I have to wonder if hormonal contraceptives may have been recommended to me to “treat” my ovarian “cyst” if I had not known better. Combined hormonal contraceptives (including the Pill, the Patch, and the Shot) are Group 1 carcinogens. That’s right up there with asbestos exposure and smoking cigarettes for causing cancer.

One more aspect that strikes at the heart of a conflict within conservative, Catholic circles, is the right and need for all married couples to understand and be able to practice natural family planning (NFP). I have been witness to horrible arguments by conservatives within the Church which call use of NFP a serious sin except in “grave” circumstances—as in, the mother is going to die if she gets pregnant. Balderdash. NFP is a morally-neutral tool used to both conceive and postpone pregnancy.

I’ve known single women who use NFP in anticipation of getting married and starting a family as well as to understand and aid in diagnosing problems. In my circumstance, even though we have been open to conceiving for a long time, my husband and I were able to seamlessly switch into intentionally postponing a pregnancy because we regularly practice NFP. Every couple has a right to know and understand their cycle of fertility and to use that information in harmony with God’s plan for their family.

As it turns out, the abdominal pain I was having was muscular. After my trial with medical resources, I consulted my chiropractor, whom I had not seen in a couple of years. The pain stopped after one chiropractic adjustment. I’m also using chiropractic to manage my other conditions. (The nurse practitioner only offered me prescription pain medication.) Thanks to my chiropractor, I’m feeling great.

Women, know your body. Use natural family planning. It’s empowering and it could save your health and your fertility.