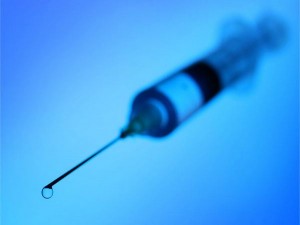 A new peer-reviewed study,1 conducted in collaboration with the Population Research Institute (PRI), shows that women who use Depo-Provera are significantly more likely to acquire HIV.

Due to funding from organizations like the Bill and Melinda Gates Foundation and agencies like the United Nations Population Fund (UNFPA), Depo-Provera is the most widely used form of birth control by women in Sub-Saharan Africa where HIV prevalence remains high.

The study found that Depo-Provera and other DMPA based injectable contraceptives increased women’s risk of acquiring HIV-1 by 49% compared to those not using hormonal contraception.

Depo-Provera, a pharmaceutical brand owned by Pfizer, Inc., is a long-term injectable contraceptive that prevents pregnancy for three months.

The study involved a meta-analysis of 23 articles from peer-reviewed journals, making this study the largest of its kind to date. The authors found consistent evidence that women using DMPA acquired the HIV-1 virus at significantly higher rates than the general population. In total, 88% of cross-sectional studies and 75% of longitudinal studies demonstrated a higher risk among DMPA users.

The authors also delved into possible biological explanations for why DMPA increases the risk of HIV. Researchers found a number of studies showing that DMPA weakens the body’s immune system and thins natural epithelial barriers that prevent the HIV virus from infecting women.

While study after study has demonstrated a clear and strong association between HIV and DMPA, the World Health Organization (WHO), the Gates Foundation and other interested parties involved in procuring injectable contraceptives worldwide have been less keen on the issue.

The WHO’s failure to acknowledge the associated risk has caused a controversy that has spanned political persuasions on both the left and the right.

A controversial statement released by the WHO acknowledges the evidence of an increased HIV risk. Yet, in spite of the associated risks involved, the WHO recommends that:

There are no restrictions on the use of hormonal contraceptives, including DMPA for women at high risk of HIV (MEC Category 1)

While scientists are still not certain why women who used DMPA were more likely to acquire HIV, a number of studies have found significant evidence of possible causal associations between DMPA and HIV transmission.

Huijbreghts, et al. (2013),2 for example, found in in vitro experiments that MPA decreased immune cell’s production of cytokines and chemokines essentially to the immune system and reduced the proliferation of T-cells. Others like Govender, et al. (2014),3 have shown that MPA, unlike endogenous progesterone, represses inflammatory cytokines by acting as a glucocorticoid receptor agonist.

In spite of the evidence, the WHO claims:

There is no evidence of a causal association between DMPA use and an increase in women’s risk of HIV acquisition.

It is unclear why the WHO continues to ignore the evidence of the associated risk of HIV. Some have suggested that the WHO and the U.N. are catering to some their largest donors. Up to 10% of the WHO’s annual budget is financed by the Bill and Melinda Gates Foundation. DMPA injectables are often appealing for population control programs because they are not subject to “user-error” and remain effective for long periods of time.

The WHO could also be turning a blind eye to the issue in light of the recent release of Sayana Press, Pfizer’s one-time use DMPA injectable intended for self-injection, which has been strongly promoted with the support of the Gates Foundation, USAID, and others. Trial introductions of the injectable in Africa have not relied on doctors and nurses but rather largely on unlicensed community health workers for distribution. A stronger statement from the WHO on recommendations for DMPA use would necessarily hamper efforts to widely distribute the new injectable contraceptive.

Depo-Provera is also one of Pfizer’s fastest growing products by total sales, with an almost 30% increase in revenue from FY 2012-2013. In 2014, Pfizer took in over $200 million in revenues from Depo-Provera sales

With HIV prevalence rates exceeding 20% of the adult population in some African countries, the WHO offers condoms as a solution to any possible risk associated with the use of DMPA. According to the WHO:

Women and couples at high risk of HIV acquisition considering progestogen-only injectables should also be informed about and have access to HIV preventive measures, including male and female condoms.

As Brind, et al. (2015) includes both DMPA users who reported using and not using condoms, there is reason to doubt that the recommendation—that serodiscordant and high risk couples use barrier methods such as condoms for protection against HIV-1 transmission—will be effective. As condom failure rates for pregnancy prevention are 18-21% within the first year with typical use,4 failure rates for STI prevention are likely similar.

Areas where HIV prevalence is high are also areas where condom use is inconsistent and has high failure rates.

A large study in Uganda5 showed inconsistent condom use failed to protect against HIV acquisition. Inconsistent users were found to contract HIV at incidence rates higher than persons who reported not using condoms at all. Even as consistent usage was found to reduce the risk, almost four times as many persons who reported using condoms used them inconsistently rather than consistently. As Uganda ranked 10th in the world for HIV prevalence among adults of reproductive age in 2013, according WHO data, adopting a policy of recommending condom usage with DMPA could have disastrous consequences.

It is not likely that advising women who use DMPA to also use condoms will have much effect. Even in the United States where contraceptive prevalence and education remains high, among couples who report using dual methods of contraception, over 40% reported using condoms incorrectly and half fail to use them on a consistent basis.6 As less than one-third of South African women using hormonal contraception reported using dual methods,7 it is irresponsible to counsel women to use condoms as an effective means of protection against HIV.

For more information about PRI’s new study and the promotion of injectable contraceptive worldwide, visit https://www.pop.org/depo-provera-hiv.