Trending Now
You are at:Home»Columnists»Newswoman’s Analysis Betrays Bias … Or is it Ignorance?
By Marybeth Hicks on August 15, 2012 Columnists, Featured, Government & Politics, Women 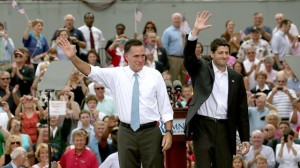 It must be said: What NBC newswoman Andrea Mitchell knows about suburban moms would fit on the back of a postage stamp.

Ms. Mitchell, reporting from Virginia at the Saturday rally where Mitt Romney introduced Rep. Paul Ryan as his vice-presidential running mate, announced with authority that Mr. Ryan was “not a pick for suburban moms. This was not a pick for women. This was a pick for the base.”

Forgive a blunt observation when I say that merely having a vagina does not make you an expert on the opinions of other women. I submit that Ms. Mitchell, neither a suburban resident nor a mom, and certainly not a coupon clipper, has zero inside information on the likely response of women like me to Mr. Ryan’s inclusion on the Republican ticket.

Of course, Ms. Mitchell’s well-established liberal bias renders her analysis meaningless anyway. Still, we gals out here in the Target-red flyover are annoyed that radical feminists keep trying to speak for us.

Women like Ms. Mitchell — leftists who still swoon over Barack Obama like schoolgirls crushing on the high school quarterback — are working hard to keep alive the bogus “war on women” meme, in which American females, presumably obsessed with having lots and lots of sex, are under attack by old, white men (and the Catholic Church) intent on taking away their birth control.

It’s a notion so ridiculous (and by the way, so insulting to all women) that it feels absurd to even type that sentence.

In reality, suburban moms and women generally care most about the same thing that concerns suburban dads and men: our pathetic economy and the lack of good jobs available for our husbands, our teens and young adult children, and us.

Yes, we’re concerned about health care. But feminists would have us believe that we’re threatened because college girls must pay for their own birth-control pills (as if having premarital sex during college is a civil right). We could not care less.

We’re too busy scrounging around our wallets for the $20 needed for sports physicals so our kids can join a team this fall. And to be sure, we care about the $70 we’re spending to fill the gas tank so we can drive our sons and daughters to campus in the first place.

Perhaps Ms. Mitchell’s feminist demagoguery is a reflection of a certain ignorance that is no fault of her own. I mean, does she really sit down and balance the Greenspan family checkbook? What could she possibly know about the concerns of real suburban moms?

Not much, to be sure, but being a partisan hack, she certainly knows this: Research shows it is so-called “Wal-Mart moms” who are likely to decide this very close and crucial election.

I’m not talking about “the people of Wal-Mart” — the uneducated, mullet-sporting, NASCAR fans that the left believes them to be — but the college-educated, married, religious, moderate and conservative women who literally shop at Wal-Mart about once a week.

Rather, they are the wives and mothers and grandmothers who are holding their families together, mending clothes that don’t really fit, outfitting the kids for school at second-hand stores, recycling last year’s school supplies, and serving meatless meals not because it’s the cool, vegan thing to do, but because the ground beef is not on sale.

Ms. Mitchell’s “insights” about us to the contrary, the “women’s issue” that matters to suburban moms and women in this election year is our stagnant economy and the uncertain future it is carving out for our children and for us.

The women who could make or break this election will not be pigeonholed into the media’s liberal narrative. They’re going to take a long, fair look at Paul Ryan and they may just conclude, as I did, that this is a pick that says Mr. Romney is serious about fixing what is wrong.