Trending Now
You are at:Home»Featured»Nigerian Bishops Ask Their President for Action on Christians’ Rights
By ACN-USA News on May 11, 2016 Featured, International Issues, Those in Need 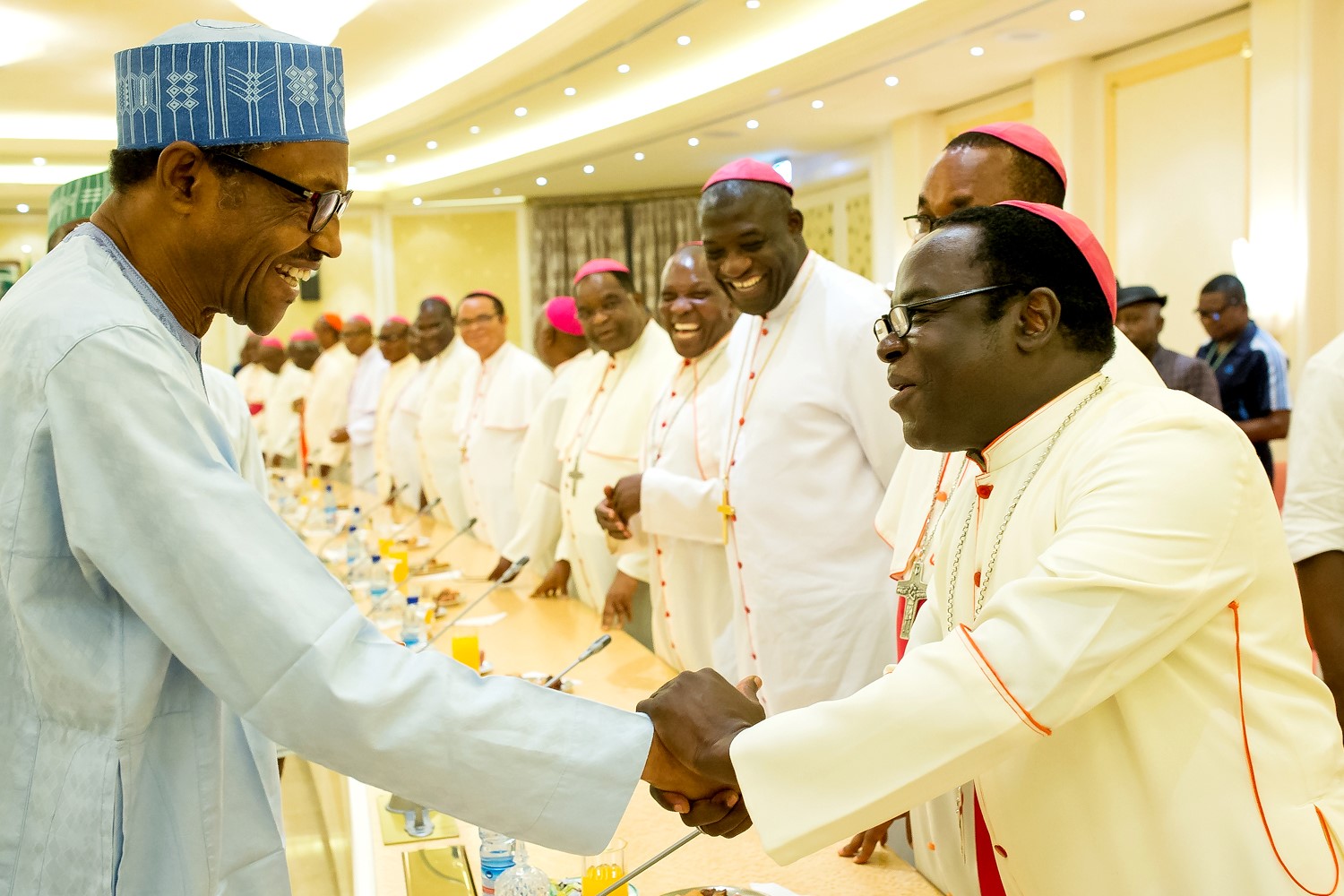 Nigeria’s Catholic bishops have in no uncertain terms asked their new president to enact and enforce policies that—in accordance with the country’s constitution—would guarantee fair treatment of Christians in the north of the country where they are often relegated to second-class status.

Meeting May 2, 2016 with President Muhammadu Buhari, the bishops’ demands—voiced in a statement signed by Archbishop Ignatius Kaigama, president of the Catholic Bishops’ Conference of Nigeria—included Church-state collaboration in the “reconstruction of post-Boko Haram Nigeria;” a measure of state support for Church-run schools, which in many cases serve a significant number of Muslim students; and, in northern Nigeria, the removal of obstruction of official permission for the Church to obtain land and build churches.

The bishops also ensured President Buhari of their commitment to “turning our country around” with regard to finding ways to combat widespread and worsening poverty affecting Christians and Muslims alike. The prelates also called for urgent action to tackle the persistent trend of violent clashes over the control of land between nomadic peoples and farmers.

With regard to education, Archbishop Kaigama asked the President for greater state support for Church-run schools, insisting that “children under our care who are citizens of our great country, in our faith- based institutions should enjoy similar privileges and not suffer any form of deprivation or discrimination because they happen to be in institutions run by faith-based organizations.”

He continued: “There was a time when a healthy relationship existed between government and faith-based organizations in running schools and health institutions. Today, all sorts of levies are slammed on our institutions and the children. Instead of supporting faith-based institutions as is done in other countries, we experience what seems to suggest that mission schools are some sort of unhealthy competitors and the students are less Nigerian than those in public schools.”

The archbishop also charged that it is “a herculean task for Christians to obtain certain certificates to build churches in some northern states.”

Just prior to meeting with President Buhari, Bishop Matthew Kukah of the Diocese of Sokoto in northern Nigeria commented that Church-run schools have a great potential as places where Christians and Muslims can mingle and form bonds of friendship.

Part of the problem, the bishop said, is that Muslims in the north simply are not exposed to Christians at all, a phenomenon which has led to the persistence of a negative view of Christianity as an inferior religion associated with Western exploitation of the country in the colonial era.