Trending Now
You are at:Home»Featured»Not the Devil, but Silver-Tongued
By Tom Purcell on April 13, 2013 Featured, Government & Politics, Humor 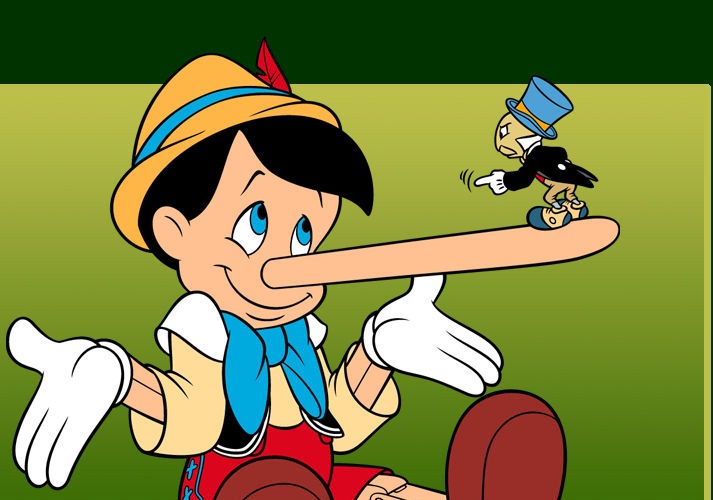 The devil is in the details.

As it goes, the hit History Channel show, “The Bible,” was recently called out because the actor playing the part of Satan, Moroccan-born Mohamen Mehdi Ouazanni, looks eerily similar to President Obama.
I don’t think Obama is the devil, but he surely has one characteristic that old Beelzebub is known for: a silver tongue.

See, many people think that if they met the devil in person, he’d be a foul-smelling, abrupt and frightening creature. The fact is, he’d appear to be the exact opposite.
He’d wear a Brooks Brothers suit and display a charming smile. He’d be affable and compassionate, and charm the socks off the unwitting.

He’d certainly NOT have our interest at heart — he’d only want to use us to achieve his own selfish goals — and many of us would probably never know it. Many would think he is our savior.
There’s no doubt Obama makes a lot of people feel this way — even though he has delivered the opposite of his many grandiose promises.

I vaguely recall talk of “hope and change” — how he’d magically cross the political aisle and bring the parties and the country together — yet we are more divided now than at any time in my lifetime and Obama has been the most partisan president in modern history.

Is not our division the result, in no small part, of the class warfare he waged to win a second term?
I vaguely recall him being elected in 2008 to address our financial crisis and get the economy going again. Instead, he gave us a massive new entitlement program and spent billions of borrowed stimulus dollars — yet unemployment is still high and economic growth remains incredibly stagnant.

Despite our massive debt, deficits and future entitlement obligations, our sweet talker in chief now assures the masses that America no longer has a spending problem. He says we have already cut spending plenty; what we need to do is raise taxes to get things cooking.

Sure, he overplayed his hand on the sequestration cuts — which cut about $84 billion from our massive $4 trillion in annual spending. The gloom and doom he prophesied aren’t coming to pass, and his poll numbers have suffered some.
But the fact is, Obama has been successful, over and over, at saying one thing and doing another and paying a very small political price for the difference.

Gosh, I feel sorry for Republicans. Sure, they have their failings — and were careless and reckless in spending the last time they controlled Congress and the presidency — but they are now on the regrettable side of calling for sensible reductions in government growth and for sensible reforms to taxes and entitlement programs.
What we need is a giant bipartisan effort to address those very things, led by our president, but Obama wants nothing to do with it.

Republicans are in the regrettable position of, say, having to tell an obese fellow he needs to lose weight or he’ll get diabetes, or hardened arteries, and may even suffer a heart attack five or six years down the line — while Obama promises the fellow a buffet dinner.

As I said, the guy is a maestro at saying one thing and doing another. Most in the media continue to NOT hold him to account for that — or for the many ways he is NOT leading us on the many problems we must address (spending, deficit, entitlements, tax reform).

Obama is not the devil, but, boy, does he have the silver tongue.