Trending Now
You are at:Home»Featured»Obama and Ann Coulter Think They Have the Election Figured Out — They Don’t
By Leticia Velasquez on February 14, 2012 Featured, Government & Politics 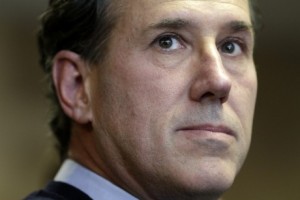 Ann Coulter was on The Sean Hannity Show with guest host Mark Simone today. She bragged about Romney, her candidate, winning the CPAC Straw Poll, and how she swayed the crowd. She pointed out the weaknesses of Rick Santorum in a recent interview with Chris Wallace: He always gets nervous about providing a sound bite that can be used against him with social issues (can you blame him?) and awkwardly tried to squirm away from a quote from his book, It Takes a Family: Conservatism and the Common Good saying that the feminist movement demeans the role of stay at home moms. Ann was right, that is a wonderful book and there is nothing to be ashamed of in that quote, so Rick blew it when he said Karen wrote that chapter, even though her name is not listed as co-author of the book. Who knows how she helped him word that as he worked on it so as not to offend women.

But to use that minor mishap as a reason for Rick being unelectable is on its face, ridiculous. Its awkward, yes, but not as bad as Romney saying “I like to fire people” or “I don’t care about the very poor”. Those are election-losing quotes. Remember when George H.W. Bush had never before seen a scanner at the supermarket, or McCain couldn’t tell a reporter how many houses he owns? Those were election killers.Rick’s dodge may not be smooth, but it hardly reveals unsavory things about his character or kills his chances at being elected.

Ann Coulter went on to assert that the Obama Administration is releasing a moral outrage a week (Susan B Komen, Proposition 8, HHS mandate) in order to keep the social conservatives riled up and keep Santorum winning elections because they are so sure that they can beat him. I suppose Ann hasn’t seen the poll where Santorum beats Obama in a one on one match-up. And she didn’t hear the pundits on MSNBC bemoaning the fact that Obama (who is living like a billionaire with his golf outings, multiple luxury vacations and wife’s expensive wardrobe) is alienating 66% of swing voters. Maybe they’ll prefer the son of an Italian immigrant, grandson of a coal miner, from a steel town in Western PA. David Brooks seems to think so in his piece, “Workers of the World, Unite!”

This year, Romney is trying to establish some emotional bond with the working class by waging a hyperpatriotic campaign: I may be the son of a millionaire with a religion that makes you uncomfortable, but I love this country just like you. The strategy appears to be only a partial success.

For years, he represented the steel towns of western Pennsylvania. He has spent the last year scorned by the news media — working relentlessly, riding around in a pickup truck to more than 370 towns. He tells that story of hard work and elite disrespect with great fervor at his meetings.

His worldview is not individualistic. His book, It Takes a Family, was infused with the conservative wing of Catholic social teaching. It was a broadside against Barry Goldwater-style conservatism in favor of one that emphasized family and social solidarity. While in Congress, he was a leader in nearly every serious piece of antipoverty legislation. On the stump, he cries, “The left has a religion, too. It’s just not based on the Bible. It’s based on the religion of self.”

He is not a representative of the corporate or financial wing of the party. Santorum certainly wants to reduce government spending (faster even than Representative Paul Ryan). He certainly wants tax reform. But he goes out of his way in his speeches to pick fights with the “supply-siders.” He scorns the Wall Street bailouts. His economic arguments are couched as values arguments: If you want to enhance long-term competitiveness, you need to strengthen families. If companies want productive workers, they need to be embedded in wholesome communities.

David Brooks, a moderate Republican thinks that Santorum’s populism may resonate with Reagan Democrats, who are more socially conservative than most pundits give them credit for. They are in dire straits financially, since many of them are in the manufacturing sector, and normally consider the GOP too full of fat cats to be responsive to their needs.  These voters reject  candidates like Dole, George H. W. Bush,  McCain, and Romney. Perhaps that is why they also are giving Obama abysmal poll numbers. They want a regular guy candidate in a sweater vest. So if Obama chases the electorate into Santorum’s camp, they may never leave.

How do I know this?

I, a lifelong pro-lifer, come from a long line of Catholic Democrats. My grandma from Ireland signed unto the Democratic Party somewhere on Ellis Island. My Italian grandparents were Democratic committeemen, but in the 1976 GOP Convention, my Grandma who was a huge Kennedy fan, began to notice another Irishman in the crowd, by the name of Ronnie Reagan. She noticed this Republican because of his principled stand on abortion, one which the Democrats were leaving behind. And in 1980, she nearly cast her first vote for a Republican, by voting for Ronald Reagan for President. But an accident landed her in the hospital with a broken hip. “See”, she told me ruefully, “God didn’t want me to vote for a Republican!”

I didn’t have the heart to tell her that I voted that year, for the very first time at 18, for Reagan.

Grandma always told me, “the Republicans are for the rich, Democrats are for the little guy”. That used to be the case, and if we put up Romney as our candidate, it will continue to be. She is not alone.

Obama is distant, elitist, and has let the economy slip further downhill,  and Romney is big money. Only Santorum appeals  to the regular guy; just look at his nerdy sweater vest. He has a Made in America plan to revive ailing manufacturers and entice those offshore to return to the USA by eliminating their corporate taxes.The Wall Street Journal did not like his favoring the manufacturing sector of the economy.

But, the swing voters, the ones who decide elections,  just might.