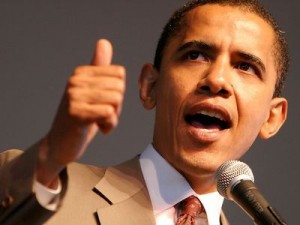 Catholics make up about a quarter of the American electorate and have backed the popular-vote winner in every presidential election since 1972. That track record continued through 2008: While weekly churchgoing Catholics slightly favored Sen. John McCain, Catholics as a whole backed President Barack Obama by a margin of 54 to 45 percent.

Given the role Catholics played in Obama’s 2008 victory and their habit of picking presidential winners, you might think that an embattled president with a 40-percent approval rating would be working overtime to solidify his support among this crucial voting bloc. Instead, Obama seems intent on convincing Catholics that their faith in him was unwarranted.

While other voters have been disappointed by Obama’s economic failures and arrogant, ham-handed approach to everything from health care reform to the Solyndra scandal, swing-voting Catholics have special reason to feel betrayed. A candidate who won their support by pledging to respect the religiously grounded views of those with whom he disagrees has morphed into a president whose administration relentlessly attacks religious liberty.

In the past year, Obama’s Justice Department has argued in court that defenders of traditional marriage — the most visible segment of which are observant Catholics and bishops — should be regarded in law as the equivalent of racists. His National Labor Relations Board has issued rulings against two Catholic schools, St. Xavier University in Chicago and Manhattan College in New York, saying that they are not sufficiently Catholic to warrant religious exemptions from federal labor law —a stunning breach of the precedent in which religious bodies, not government officials, decide who qualifies as a member of a particular church. Those rulings followed on the heels of a highly publicized crusade by Obama’s Equal Employment Opportunity Commission to punish North Carolina’s Belmont Abbey College for removing contraception coverage from its employee health plans, a move the Catholic school made to conform to church doctrine.

And just last week, Obama’s Justice Department argued before the Supreme Court for the effective gutting of the longstanding “ministerial exception” that allows religious bodies to hire and fire employees without government interference. The administration’s extreme position has drawn criticism from nearly every major religious organization in the country, from the liberal National Council of Churches to the conservative National Association of Evangelicals, all of whom fear that their churches could be the next targets of an overzealous, First-Amendment-trampling Uncle Sam.

Among Catholics, the most egregious example of Obama’s broken promise of religious tolerance is the one dominating diocesan headlines now: His administration’s push for a mandate that would require Catholic institutions to violate the teachings of their church by covering contraceptives in their health care plans — including sterilization and drugs that induce abortions.

The mandate would be controversial even if accompanied by the standard religious exemption that allows faith-based organizations to opt out of government regulations that violate their religious beliefs. But the Obama administration has gone a step further, by crafting a religious exemption for the mandate so narrow that it excludes nearly all Catholic hospitals, elementary and secondary schools, colleges and universities and charitable organizations — virtually everyone, it seems, except Catholic parishes and religious orders. The upshot: Catholic colleges that teach abortion is evil must pay for abortifacient drugs for their students and Catholic hospitals that refuse to sterilize patients must subsidize sterilization for their employees.

The mandate and its lack of conscience protection is a blatant attack on religious freedom and a far cry from the promise Obama made at the University of Notre Dame in 2009. Back then, when the president was peddling his health care plan and pledging to seek “common ground” with pro-life Catholics, he vowed to “honor the conscience of those who disagree with abortion, and draft a sensible conscience clause.” Now that Obamacare has passed, the president and his surrogates are singing a different tune.

“We are in a war,” Health and Human Services Secretary Kathleen Sebelius told a NARAL Pro-Choice America crowd in Chicago last week.

Sebelius followed her martial rhetoric with a sarcastic swipe at pro-lifers who fail to see church-funded contraception as a cure-all for America’s astronomical abortion rates. Apparently, the secretary has not read the 2011 Guttmacher Institute report that found a majority of women who abort their babies were using contraception the month they conceived.

Obama displays a similarly dismissive attitude toward his pro-life and Catholic critics. At a fundraiser here in St. Louis last week, he offered a flippant “darn tooting” rejoinder to an audience member who called out support for his unyielding enforcement of the contraceptive mandate. He answered a recent invitation to dialogue from U.S. Conference of Catholic Bishops President and New York Archbishop Timothy Dolan with stony silence. And he has ignored pleas for compromise from the likes of Notre Dame President Rev. John Jenkins and Catholic Health Association President Sr. Carol Keehan, two former Obama cheerleaders who now look like Obama’s dupes.

The president’s hard-line, anti-freedom stance threatens to alienate millions of Catholics, including many who disagree with their church’s teachings but resent the prospect of government officials dictating which doctrines Catholic institutions may follow and which ones they must violate. For these voters and millions of their fellow travelers of other faiths, Obama’s election in 2008 is looking more and more like a mistake — one they do not intend to repeat in 2012.