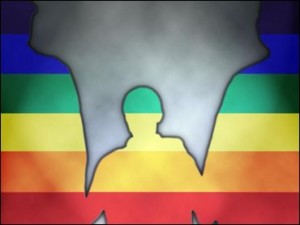 Angry over not getting a same-sex-friendly definition of the family into a new UN document, the Obama Administration tried to delete language agreed upon by the founders of the UN and repeated in documents since then.

Regularly contentious in recent decades, the family has been a diplomatic football with one side eager to recognize “diverse forms of the family” while the other holds on to the understanding that the family is the “natural and fundamental group unit of society” taken directly from the Universal Declaration of Human Rights.

Behind closed doors, US negotiators asked to replace the definition of family from the Universal Declaration of Human Rights with a lengthy new description of families that have “diverse forms and functions” and express “diversity of individual preferences.”

The proposed definition excluded the notion of the natural family, based on the union of a man and woman, as the norm for the procreation and upbringing of children. The US effort was ultimately rejected by UN member states.

The move puts the United States in an odd position.

The Universal Declaration of Human Rights has almost sacred status at the United Nations. It is regarded, together with the UN Charter, as a founding document of the new world order set in place after World War II.

What’s more, the UN definition of the family is reflected in the constitutions of nearly 120 countries.

US diplomats argued that extended families and single parent households are not included in the classic UN definition. Delegates from traditional countries understood the US argument as pretext to gain recognition for same sex unions because extended families and single parent households were always included in the UN definition.

Similar proposals from the United States, albeit never excluding language from the Declaration, were routinely included in UN documents until recently. But the General Assembly rejected the notion of “various forms of the family” at its last two sessions despite insistence from the European countries and the United States. Once thought to be inoffensive, the phrase has become embroiled in controversy because of western insistence on same-sex issues.

UN Member States are not taking kindly to the new focus on lesbian, gay, bisexual or transsexual (LGBT) issues from the United States and European countries. Western countries have still to table a substantive resolution that addresses sexual orientation and gender identity and outspoken countries have limited themselves to campaigns to publicize LGBT issues internationally.

LGBT supporters are not the only ones frustrated with the United Nations. There is a trend of rolling back UN terminology that was uncontested until recently not only on LGBT issues but also related to sexual and reproductive health. Abortion groups are frustrated that they have lost ground at the UN. They are worried they will not be able to carry out their agenda into future UN policies.