Trending Now
You are at:Home»Featured»Obama the Groper: Get Your Hands Off Our Rights!
By Matthew Tsakanikas on February 11, 2012 Featured, Government & Politics 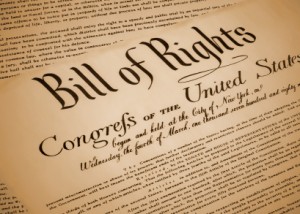 The newspeak and apologetics of HHS Secretary Kathleen Sebelius came straight out of George Orwell’s 1984.  After pretending that President Obama allegedly reversed his mandate (his mandate that persons of good will should be forced to pay for abortifacients, sterilizations, and contraceptives), newspeak Kathy explained: “The President reached-out to religious groups.”  It seems this Barack Hussein fellow is constantly “reaching out”.  Whenever he seems to want to force himself upon a group that is not interested in his lack of morals, after he has been called-out, he pulls back his hands and all of his enablers defend him with the phrase, “President Obama continues to reach-out.”  Why doesn’t he try backing-off?  You know what most people call guys who are constantly over-reaching and putting their hands where they have no business in the first place?  We call them gropers.  That’s right, Obama the Groper.

It should get us thinking.  Maybe ole Barack Hussein Obama just doesn’t understand the First Amendment? Or, maybe it is all just a game to him from his Chicago days and Alinsky handbook?  “Yes, I Barack Hussein am pulling back, wink, wink…the new deal is: heads I win and tails you lose. Let’s smile and shake.”  In the end, Barack, someone still has to be forced to pay for something she may find a real violation of her conscience…and that’s un-American.   What a great explanation HHS Kathy!  A real compromise!  A real reaching-out!…err um…grope. Maybe President Obama doesn’t understand American ways because he didn’t grow up with us as a kid where these things are learned early on in life in our schools. His biological father wasn’t an American.  Later, adopted by an Indonesian man, he grew up as a kid in Indonesia.  So he definitely didn’t pick-up on what it is that Americans value the most from his father or his Indonesian upbringing.  While American kids were studying the Bill of Rights in school, Barack Hussein (Barry Sotero) was reciting the Koran in Indonesian schools. See: http://www.jewishworldreview.com/0408/pipes042908.php3

This is not a political game for most Americans when you attack our churches.  THE FIRST AMENDMENT to the Constitution is why American soldiers are willing to die in war.  The First Amendment is why immigrants risk everything to come to the United States for a better life.  The First Amendment is so sacred that we as Americans think of few other written words as being so inviolate.  To tread unprovoked on the First Amendment is to “tread on me”; it is to make war on Americans.  When a duly-elected man swears, usually on the only other words more sacred than the First Amendment, the Bible, that he will uphold and defend the Constitution of the United States, he officially becomes the President of the United States through that oath of office.  When that President then makes an unprovoked attack on the First Amendment by telling Christians (and others willing to stand with us), who were the founders of the first colonies which became States, that they must pay for abortifacients and help murder babies, then the President has violated the Constitution and broken faith with the American people.  He has violated his oath of office.  He should resign because he can no longer be trusted.

After that, Harvard Law should hang its head in shame for the pathetic Constitutional Law course it let Obama pass or teach…if we could only see his records and confirm he passed.  The irony of electing the first African-American president who was supposed to show that America had overcome its bigotry, is that it turns-out he is an over-reaching and anti-religious bigot who can’t see that what he calls “reaching-out” is actually an unprovoked groping.  Until he stops, he should simply be known as the “Groper in Chief” and told to get his hands off our religious rights.

Just to refresh everybody’s memory: Amendment I “Congress shall make no law respecting an establishment of religion, or prohibiting the free exercise thereof; or abridging the freedom of speech, or of the press; or the right of the people peaceably to assemble, and to petition the Government for a redress of grievance.”