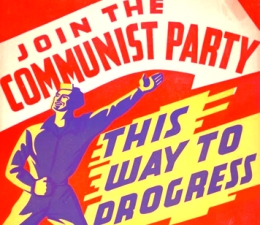 A fascinating theory has been advanced by Dick Morris, which, in turn, is being considered by Rush Limbaugh and other leading conservatives.  Morris speculates that the Obama HHS mandate on contraception, sterilization, and abortifacients is a fight with the Catholic Church that Team Obama wants — and with the focus based narrowly on contraception, not abortifacients.

Obama is underscoring “contraception” generally, not abortifacients specifically.  Sadly, our superficial media, which reflexively ramrods everything into a 10-second sound-bite, is aiding and abetting his tactic.  Again and again, I hear reporters refer to Obama’s mandate not as a mandate on “contraception, sterilization, and abortion-inducing drugs” (which it is), but as simply one on “contraception.”

If Obama can successfully frame the debate that way, which should be easy with the American public, he can make great headway on this assault on the Roman Catholic Church.  He will appeal to many apathetic Roman Catholics as well as many Protestants who disagree with the Catholic Church on contraception.  Among non-evangelical Protestants, Obama will find lots of sympathy from the liberal mainline denominations that flew off the hinges decades ago, and some of which are members of the hideous Religious Coalition for Reproductive Choice.  Their split with Rome over matters of birth has roots in the Episcopal Church’s embrace of contraception a century ago.

Speaking of a century ago, if this is indeed a gambit by Obama to pit religious believers against the Catholic Church, it would be nothing new from the radical left.  Consider some examples:

In my book, Dupes, I shared the case of Anna Louise Strong.  Strong was an editor to the flagship publication of the communist front Friends of the Soviet Union, which masterfully manipulated progressives like Upton Sinclair.  We published a photo of Strong and Sinclair together on the “Friends” editorial page, where a stoic Sinclair vows to “expose the lies and slander” against poor old Joe Stalin — maligned by those mean American anti-communists.

Anna Louise Strong was a loyal American Bolshevik.  In a July 1953 report, Congress described her as “one of the most active agents for the Communist International.”  She did dutiful propaganda work for Moscow, shamelessly arguing that Stalin had “conquered wheat,” even publishing a widely read pamphlet by that name, when, in fact, Stalin launched a famine that killed millions.

Among Strong’s propaganda work was to enlist Protestant clergy against the Catholic Church.  One egregious example was an incendiary letter to the editor Strong placed in the October-November 1941 issue of The Protestant.  There, she made the claim that the Vatican was calling for religious freedom in the USSR not because the Soviets were blowing up churches, killing priests, and gulaging nuns, but because the Church was seeking control of Russia.  This was ludicrous, but it was just what some anti-Catholic Protestants wanted to hear.

That letter from Strong was so deceptive and such blatant Soviet propaganda that it was highlighted by Congress in a major report on subversive activities by American communists.

Among the communist organs that Anna Louise Strong wrote for was the Chicago Star, known to locals as the “Red Star.”  The editor-in-chief and co-founder of the Star was Obama’s childhood mentor, Frank Marshall Davis, who was a card-carrying member of Communist Party USA.

Davis, too, targeted the Catholic Church.  He wrote articles with titles like “The church’s weakness,” reprimanding Rome, the American bishops, and the Catholic laity for their anti-communism.  In an October 1947 piece, Davis growled that “the Catholic hierarchy” had launched a “holy war against communism.”

Indeed it had.  As communists knew well, the Roman Catholic Church had been issuing scathing indictments of communism since the publication of Marx’s Communist Manifesto in 1848 — yes, that far back — not to mention in encyclicals by Pope Leo XIII, Pope Pius X, and others.  Communists were furious when the Catholic Church issued a brilliant, blistering 1937 encyclical on atheistic communism, titled Divini Redemptoris, which called communism a “satanic scourge.”

Davis left the Chicago Star in 1948 to head for Hawaii, where he wrote for another communist-controlled newspaper, the Honolulu Record, and where he continued to confront the Catholic Church.  In one column, titled “Challenge to the Church” (September 29, 1949), Davis framed communism as friendly to Christianity and anti-communism as un-Christian.  An atheist, Davis painted an image of Judgment Day, where anti-communist Christians would be called to account for opposing communism.  “The Christian churches, and the Catholic church in particular,” asserted Davis, “are making a grievous error in their shortsighted belief that the major enemy of Christianity is Communism.”  Not only was Soviet Russia not anti-religious, insisted Davis, but Stalin had spared the planet of Hitler’s “anti-Christian paganism.”  Christians ought to thank Stalin, not criticize him.

In another typical column from this period, Frank Marshall Davis referred to anti-communist Christians as “the Pontius Pilates of 1949.”

In short, American communists and the radical left generally have long targeted the Roman Catholic Church.  They know their enemy, one that is both spiritual and eternal.  They have long attempted to pit Protestants and Catholics against each other.  It’s an old art, really, that’s today totally forgotten.

And so, is this tactic being resurrected right now under Barack Obama?  Is this more of the “fundamental transformation” we were promised — elected by oblivious Americans in November 2008?

If Obama can frame his mandate as a matter of contraceptive freedom — rather than an obvious constitutional affront on religious liberty — he may be able to successfully pit large numbers of Protestants and even many Catholics against the institutional Catholic Church.  It would be the kind of religious agitation that would make the Marxists of the last century — particularly Obama’s mentor — very proud.  How’s that for “hope” and “change”?

[This article was originally published in American Thinker and is used by permission of the author.]