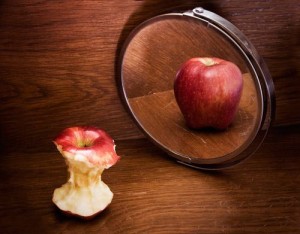 What does an incumbent elected by a landslide (331-206 electoral votes if Fla. goes his way) get to do for a second term?

Anything he wants, especially with John Boehner at the helm for the Republicans in the House of Representatives. In an interview with Diane Sawyer, Boehner did an about-face and declared that Obamacare is now the law of the land and that he would do nothing to slow or halt the most pro-death piece of legislation in American history. Further thoughts, from LifeSite News, by Obama’s newest, bestest buddy on the Hill:

Boehner said he “slept like a baby” on election night, knowing Barack Obama would lead the country for another four years. “I may not like the five cards that have been dealt to me, but those are the cards I’ve got in my hand.”

“My job on behalf of the American people is to find a way to vote with my Democratic colleagues,” he said, “and a Democratic president to solve America’s problems.”

Read the rest of the stunning Republican implosion here.

If John Boehner, who has received pro-life awards, truly believes in the presence of abundant atrocities in Obamacare, then as the Speaker of the House he could do all in his power to prevent the funding of this pro-death legislation. That’s part of the Constitutional system of checks and balances. But the Speaker has rolled over and surrendered. One cannot support that which is intrinsically evil. Rather than rallying with the base, the Republican leadership has just signaled their disdain for the party’s base, which is to say, the conservative and pro-life voice of the nation.

Next up, the Catholic Bishops.

The Obama contraceptive mandate now enjoys an electoral mandate. If the courts do not support the bishops, what will they do? Head for the tall grass, like Boehner, or will they risk all by standing and fighting? Indications from many bishops is that they will simply close hospitals and schools, rather than comply.

That plays into Obama’s hands by giving him exactly what he wants without a politically damaging battle. This is the bishop’s Gettysburg. This is the pivotal battle. They must stand their ground in the face of withering fire, and there will be casualties and the effusion of much financial blood; but the alternative is unthinkable.

All of this sweet news for the other side underscores the imperative for the New Evangelization, and why the bishops need to stand their ground. With all of that said, this isn’t about Obama and the bishops.

It’s about us. We the people.

We don’t need the bishops in order to evangelize, to educate, to lead and shape the nation. It’s convenient to stand by expecting the bishops to be courageous for us, to suffer the slings and arrows for us, to take the ridicule for us, to be the martyrs for us. But that’s not who we’re called to be.

The bishops have their work, and we have ours. 51% of our family, friends, neighbors, coworkers voted for Obama. That means we either didn’t do a good enough job at evangelizing them, or they simply don’t care. As for the president, he is only one man. He presides over a very different nation than that which existed a quarter-century ago, a nation that sees a very different self when it looks in the mirror.

If the specter of an Obama second term is horrifying, the fact that he won in a landslide not on the economy, but on the social issues, should be sobering to us.

Perhaps the failure isn’t the fault of the 51%, or the bishops, or the weak and tepid Republican leadership.

It’s time to look beyond the narrow time-frames and the allure of quick fixes inherent in the election cycles, and focussing instead on the long, hard work of rebuilding a Western Civilization that has finally imploded. That means developing a curriculum and doing the hard work, not of changing what people see in the mirror, but what they bring to the mirror.

I’m not at all dispirited. Tuesday was simply a confirmation.