Trending Now
You are at:Home»Featured»Obama’s Muslim Outreach 2.0: Doing Business with the Muslim Brotherhood
By Frank J. Gaffney, Jr. on May 19, 2011 Featured, Government & Politics 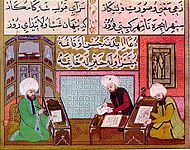 President Obama’s latest paean to what he calls “the Muslim world,” delivered at the State Department today, was an exercise in whistling past the graveyard of real and growing dangers and a litany of misleading statements that borders on official malpractice.   Its most important upshot is this:  The United States is now prepared to do business with the Muslim Brotherhood.

While Mr. Obama did not use those exact words in his Muslim Outreach 2.0 speech,  that was surely the practical effect of his effusively depicting the so-called “Arab Spring” as a welcome expression of democratic sentiment throughout the region.  By so doing, he studiously ignored the reality on the ground in virtually every country in the Middle East and North Africa now undergoing political turmoil:  Islamists associated with or akin to the totalitarian, salafist Muslim Brotherhood are poised to  be the principal beneficiaries of any balloting that ultimately occurs in Egypt and Tunisia – and, perhaps in due course in, Syria, Yemen, Tunisia, Libya, Bahrain and beyond.

Mr. Obama seeks to provide the putative, newly minted “democracies” with tangible evidence of his commitment to their future success.  He declared that the United States would give up to a billion dollars in debt relief to Egypt and economic, trade and technical aid to the Egyptians and Tunisians.  Other nations stand to get similar treatment if only they replace their present autocrats with new ones — provided the latter are prepared to come to power via elections.

With such a policy, the United States stands to compound the mistake now being made in Libya – where al Qaeda operatives, former Guantanamo Bay detainees and other Islamists are already being given “non-lethal” and “humanitarian assistance” and U.S. political support.   Without knowing precisely who are likely to be the beneficiaries of such assistance, we run the very considerable risk that we will effectively be arming, as well as legitimating, our enemies.

In his wishful thinking about the region and its future, the President glossed over the extent to which the Muslim Brotherhood is not the “moderate” and “modernizing” movement – let alone, as his Director of National Intelligence James Clapper once put it, “a largely secular organization” that “eschews violence.”  In fact, the Brotherhood is a virulently fascistic group that is explicitly committed to waging jihad to achieve the triumph of the supremacist Islamic politico-military-legal doctrine known as shariah, and the establishment of a global caliphate to rule in accordance with it.

Neither did Mr. Obama mention the threat posed by the Muslim Brotherhood’s operations inside the United States — a vast array of front groups that have as their common mission “destroying Western civilization from within” and that are executing a phased plan for achieving that objective.  Such organizations would also be legitimated by the President’s embrace of their comrades elsewhere — and certain to gain still greater access and influence inside his administration.

Particularly worrying is the President’s contribution to the growing peril facing our friends in Israel.   His earlier, vociferous denunciations of Israeli housing-construction activities, combined with his highly public, contemptuous mistreatment of Prime Minister Benjamin Netanyahu, contributed to the widespread perception in the region that what he rhetorically insists is the “inseverable bond” between the United States and Israel has, in fact, been greatly weakened.  If the sense takes hold that there is daylight between Washington and Jerusalem, the problem will not be confined to the train-wreck in the making of yet-another Palestinian unilateral declaration of independence.  It will translate into war.

The President sought to finesse what should properly be understood as an insuperable impediment to peace negotiations between the Israelis and a Palestinian government that includes the Brotherhood’s local franchise, the designated terrorist organization Hamas.  He said what he depicted as “that question” needs to be sorted out in coming months, but immediately declared that the United States and its “Quartet partners” were going to press on to get negotiations going and concluded as soon as possible.

Add in his view that Israel must withdraw fully to the 1967 borders (albeit with some “swaps” of territory) – what amounts, implicitly, if not explicitly to a call for the re-partitioning of Jerusalem — and the expectations can only be fanned among  Israel’s many enemies that the moment is arriving at last, to drive the Jews into the sea.  Lip service paid to Israel having secure and defensible borders will founder on the reality that the 1967 borders are wholly incompatible with either security or the defense of Israel, and the growing readiness and ability of her foes to exploit that reality.

The President’s ongoing efforts to align the United States with Muslims, irrespective of whether they seek to impose shariah or otherwise seek our destruction, is a prescription for furthering what has emerged as the Obama Doctine: Emboldening our enemies, undermining our friends and diminishing our country.  It is also a formula for disaster.  It should be challenged at every turn, in favor of a policy that makes clear we differentiate between Muslims who do not seek to impose shariah upon the rest of us and those who do.  The former are our natural allies; the latter our unalterable foes.   We had better start making that distinction, and act accordingly.