Trending Now
You are at:Home»Featured»Of Obituaries and Lives…
By Denise Smith on January 21, 2012 Featured, Women 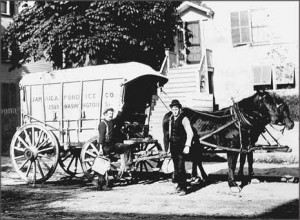 My husband gets a local newspaper generated from the town in which his parents and grandparents resided. There is a feeling of “keeping in touch” with his roots in this, that I envy. His mother’s extended family still get together every so often for reunions and we’ve always enjoyed attending these and catching up with his cousins and their families.

This morning he showed me a reprinted obituary from that area originally published in 1895. My, what a difference a century makes! It was beautiful! Throughout the piece, the woman’s “history” kept coming back to the touchpoint of her Christian faith.

It got me to thinking of my own “touchpoint”. Marie Elizabeth Eilers, born this day, January 13, 1898 in St. Louis, Missouri. Grandma was the daughter of the man who, at the time, delivered ice in a horse drawn wagon. The scene of just such a man in the movie “Meet Me In St. Louis” with Margaret O’Brien playing the part of a girl about Grandma’s age always sets my imagination afire. I could imagine her being just as inquisitive and just as delightful. 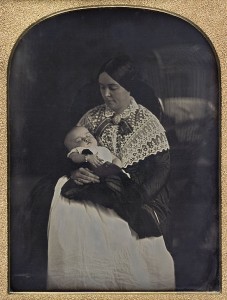 It was not until long after Grandma’s death that I came to realize the influence she had and she continues to have on my faith life. At some point, her young life continued in Iowa where she married a young man that was a neighbor. I’m told he was the love of her life. They “…launched their boat on the tide of domestic life..”. Two sons were born. When pregnant with a daughter, her beloved husband died suddenly of a burst appendix.

In the 1920’s, a single mother had few choices, and fewer opportunities. There was a young man, just here from Germany that her family had “sponsored” for immigration. Imagine that. Having a sponsor who would vouch for your character and attest to your added worth to the United States — not here for what you can take from the U.S — but I digress.

What an irony that I now minister to women in that very situation…but in a time in history that is much less likely to lean on a strong faith foundation and more likely for women to claim their “rights” over their bodies and that of the life within them. Progress? Hardly.

Grandma married again in 1930 and the first of their four children was my own mother, born in January of 1931. My Grandfather had been a tailor in Germany and used those skills to earn a living and when he had saved enough, they bought the farm in northwest Iowa that I so loved to visit.

I think of Grandma when I smell freshly baked bread or cinnamon rolls. She was a fabulous cook. Sunday dinners at the farm were fresh…as in going to the chicken house and picking out and butchering a chicken-fresh. Fridays it was fresh fish from the Little Sioux river that ran through their property. Also a place of peace where every night…no matter who might be there, in the evening after dinner all sat in the living room for the recitation of the Holy Rosary. This ended in a prayer for the “conversion of Russia” and “a peaceful death”. I spent several summer months there when I was a child and the memories are as warm as any I have retained.

Love lived there. The kind of love that emboldens a young man in a new country to take on a woman and her three children.  The kind of love that trusted that this man would care for her and for her children. All bundled in a strong, mutual, Catholic faith and a trust in their God no matter what might come. This kind of love can be very innocuous in it’s expression to those from the outside looking in, but my favorite old picture of the two of them is sitting atop the concrete storm cellar structure, Grandpa in his overalls, arms crossed in front of him and his legs outstretched and crossed comfortably with a slight smile; Grandma sitting next to him, his arm around one of her shoulders, her head resting on his shoulder.. They knew something of love.

On a winter day, more than twenty years after her death….her very peaceful death, her strong faith inspires me every day–as does my Grandfather’s caring for her all the days of her life. I realize that the struggles in my own life and in the lives of those to whom I am charged with ministering, are only small pieces in a life that will live on long after I am gone, God willing.

The beautiful century-old obituary of a woman who died just a few years before Grandma was born, bespeaks the strength of the citizens of that age that we would do well to note: Let her example in life be followed by those who mourn her death. The memory of her many virtues should bind those who loved and respected her nearer still to the Savior she obeyed and the cross she worshiped.

Cradle Catholic. Wife of a Permanent Deacon. Mom to 3....'Nana' to two. We live just outside of St. Louis, MO on 5 acres of beautiful breathing space. Though never 'degree'd' -- I've taught PSR 7 & 8th grade for several years, led women's bible studies, took all formation classes with my husband for credit. Write a blog at http://treacherousbrook.blogspot.com/. I am the Director of a crisis pregnancy center (Birthright) and love the privilege of serving there. Constantly amazed at God's provision.