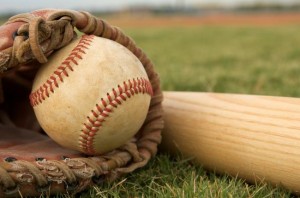 Yet, in June 2011, Jack McKeon accepted the then-Florida (now Miami) Marlins’ offer to lead the team as interim manager.

McKeon’s previous stint with the Marlins included a World Series Championship in 2003. He was a relatively young 72 at the time, but was nonetheless the oldest manager ever to win a World Series. The South Amboy, N.J., native attributes his success not only to perseverance, but also to daily Mass attendance and the intercession of St. Thérèse of the Child Jesus, the doctor of the Church whose feast day the Church celebrates toiday.

McKeon, now 81, spoke with Register correspondent Trent Beattie about his long history in and appreciation for what he calls a kid’s game.

How did you get started in professional baseball?

When I was in high school — I think we had automobiles by then — I played well enough to attract the attention of several major-league clubs. Back then, there wasn’t the draft like we have today, so the scouts would actually come to my house to talk with my father and me.

However, my father was adamant that his boys would go to college, so instead of signing with a team, I ended up going to the College of the Holy Cross in Worcester, Mass. Every day, I would pass by a beautiful picture of the Blessed Virgin on the way to the dining hall. I thought it would be a good idea to ask for her intercession to convince my father to let me play baseball professionally.

When I went home for Christmas break my freshman year, I asked my father again about signing with a major-league club. He said, “You really want to play professionally, don’t you?” I told him, “Yes,” and he said, “Let’s make a deal. I’ll let you sign with a major-league club if you get a college degree.” I agreed, and, eight years later, I held up on my end of the bargain.

I like how it’s a kid’s game. Grown men play it, but when you really look at it, for what it is, it’s a bunch of fun. It’s not serious business like most people see it today. It’s meant to be fun.

I grew up dreaming of playing in the big leagues, but my minor-league career was less than spectacular. I hit three ways: left, right and seldom. So my goal changed a little bit, but it was still closely related with the big leagues.

I was a good enough salesman to be able to start managing in the minor leagues at the age of 24. At the time, some players were younger and some older than I was, but there was no communication problem. The same was true last year, when I was the interim manager for the Marlins. Some people asked if I had problems relating to the young players. Not at all. Human nature doesn’t change, and I enjoyed managing last year, just as I did back when I was 24.

My major-league managing started in 1973 for the Kansas City Royals. George Brett [Royals Hall of Fame third baseman] was on the team, and he’s one of the players that stands out when people ask me who my favorite player was.

I don’t really have one favorite player, but there are a few that come to mind, as far as baseball skills. Tony Gwynn, Sean Casey and Ivan Rodriguez are some others.

What stands out in your mind about the 2003 season, at the end of which you won a World Series with the Marlins?

In 2000, I actually managed against the Marlins, when I was with the Cincinnati Reds. I remembered thinking at the time that the Marlins were a great team. They had a lot of very talented, very capable players, but they were underachieving. That made me think of how nice it would be to manage that team.

Early on in the 2003 season, the Marlins were 16-22. By then, I was no longer with the Reds, so the Marlins hired me to help turn the team around. When I first met with the players, I told them, “Look, we can do better than this, and not just have a winning record, but win the whole thing — the World Series — if we’re willing to pay the price.”

Whatever you want to do in life, you have to be willing to make the necessary sacrifices to get it.

When you really give it your all and put every effort into it — not for what the fans or media might think, but for the game itself, your teammates and your own self-respect — then you can leave the ballpark at the end of the day with your head held high. That’s true regardless of whether you win or lose; you put every effort into it and then leave it at that.

It might sound contradictory, but while I wanted my players to work very hard, I also encouraged them to relax and enjoy what they did. It’s not a matter of clowning around and being irresponsible, but having fun playing a kid’s game.

You can try too hard in baseball, in the sense of straining after things which are out of your control. You just have to realize that you can only control your own effort and do the best you can with what’s right in front of you.

The 2003 Marlins’ team was not only the most talented, but the most unselfish and dedicated team I’ve ever been with. You can’t beat a three-part combo like that, and, as it turned out, no one did stop us from winning the World Series.

Didn’t St. Thérèse also have a part in that great season?

Yes, she did. I’ve had a devotion to St. Thérèse of the Child Jesus for many years, and she helped me to get out of my own way and let God’s grace flow through me to do a good job managing. Her intercession helped in a special way to prepare us to win the World Series later in October of that year.

St. Thérèse said before she died that she would do her most important work in heaven, letting a shower of roses fall to the earth. She’s a prodigy of miracles and a very endearing person, so you feel very comfortable asking for her help. She’s not someone aloof and intimidating, but very open and accepting of your requests.

I would pray to St. Thérèse every day and would go to Mass every morning during the 2003 season. Then, even though I was 72 at the time, I might jog a little and say at least a decade of the Rosary while doing so. That preparation really helps the day go well.

How does daily Mass attendance help the rest of your day?

It puts everything in the right perspective. In professional baseball, there can be a lot of pressure on players and coaches, but when you get grounded in the most fundamental thing of life — which is your relationship to God — then everything else shows itself for what it is.

Instead of taking things so seriously, worrying and fearing failure, you simply do what you can, be generous with those around you, and let God take care of everything else.

It’s such a great feeling to have gone to Mass in the morning and start the day in the right way: very invigorating, but relaxing. It’s similar to that same paradox of working hard, but doing so peacefully and with a rational plan. It’s great — too great to put into words — what the good Lord does for us.

I remember Johnny Coakley, a longtime baseball friend, asking me one morning to go to breakfast. I told him I’d like to, but first I’d go to Mass. Johnny was a Protestant, but he already had a respect for the Catholic Church. He told me the only thing was he didn’t know all the signals we used at Mass. I assured him I’d explain everything to him, so he went to Mass with me —  and ended up becoming a Catholic.

Johnny thanked me for introducing him to the Catholic faith long ago, and, just recently, he thanked me again, saying that becoming Catholic was the best present anyone could give him. That was three days before he died, which was earlier this year.

Harry Dunlop is another longtime baseball friend who was originally Protestant, but attended Mass with me and became Catholic. Everyone has a free will to make his own decisions, but you can influence people for the better through your own actions. When others see how much the Mass means to you, it means something to them.

Something else that is meaningful to you is your marriage. How has your wife influenced your career?

My wife, Carol, and I have been married for 58 years, and I appreciate every one of them. We have a very solid marriage, and that’s due primarily to my wife.

In professional baseball, you’re away from home for a good chunk of the year, so that can be tough on the family. My wife took up where I left off, and she raised our kids while I was off managing.

When we won the World Series in 2003, I was so happy, not so much for myself, but for my family. It was the first time they had something big to celebrate at the end of the season.

With me, I could see how rewarding all the work was on a daily basis throughout the season, but they didn’t witness that. However, at the end of the 2003 season, they actually had something tangible from baseball to appreciate.