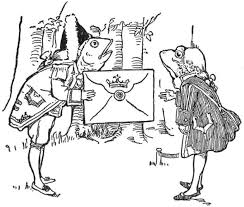 I received an unexpected postcard in the mail the other day from an old friend. It made my day.

It’s been a long time since I’ve gotten a handwritten letter from a friend — it has to be 10 or 15 years. What’s worse, I can’t remember the last time I wrote one.

The reasons are obvious: e-mail, text messaging and cell phones. It’s so fast and easy to whip off a quick note electronically, why would anybody take an hour or more to handwrite one?

I love what technology has allowed me to do. I’m able to keep in touch with more friends than I ever could have with traditional letters. Every now and then I “Google” a long-lost friend and pull up an e-mail address and contact number. I fire off an e-mail and soon a friendship that has been dormant for 20 years or more has been resurrected.

I’ve made new friends this way, too. A few years ago, I made a call to an editor in a big city whom I’d never spoken with before. I called to pitch my column. We chatted for a spell and he agreed to review samples of my work.

A few weeks later he began running my column in the papers he oversees. Early on, we began swapping e-mail about the column and writing in general. One night, as I sat in a pub writing, the fellow sent me an instant text message. We chatted back and forth electronically for a while.

Well, we’ve been chatting this way two or three nights a week for a year and a half now. While I sit in a pub, my friend sits on his back porch in California. We chat about writing, sports, politics, family … a million things.

I share details of this friendship for one reason: I never met the fellow in person. I’m not entirely sure what he looks like. We spoke on the phone only once. Our friendship has evolved entirely through electronic means.

Still, I miss getting handwritten letters in the mail.

I’ve kept every letter I ever received. I have boxes of them in the attic of a little rental property I own. I remember one Saturday in 2000 when I decided to move from that property to Washington, D.C. I had to organize my stuff and store what I wasn’t taking with me in the attic. It began as an unpleasant task that soured my mood.

As I sorted through years of “junk,” I stumbled upon a letter I had received in 1985, a year after I graduated college. It was from a fellow I’d gone to Penn State with, who went on to become an editor in Bangor, Maine. It was written on a light-blue final-exam booklet with great wit and humor.

As I read it that Saturday in 2000, it took me back 15 years — took me back to exactly who I was when I was 24. I laughed out loud as I read it. As soon as I finished, I began fishing around for more letters.

I found a stack of them in pink envelopes from two girls, Bonnie and Tracey, who attended the same college as my friend Griff. He had them send me an anonymous letter once during our freshman year. A robust correspondence resulted between 1980 and 1984. As I reread those letters that Saturday in 2000, I laughed so hard tears tumbled down my face.

I spent hours that Saturday rereading the dozens of letters I’d received over the years. It was amazing to me how much living I’d done and forgotten about. A day that started off unpleasantly became one of the most uplifting Saturdays of my life.

Yeah, I like e-mail and text messages and cell phones. I like handwritten letters, too. If only we could figure out a way to embrace technological advances without tossing out the best of the old ways.

Perhaps we just need to sing: