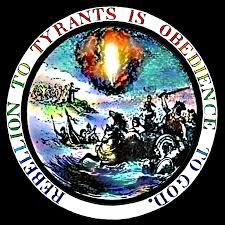 In Pope Francis’ recent meeting with Kim Davis, the Holy Father’s expression of gratitude for Kim’s courage has dismayed liberal Americans.  The LA Times editorial board felt it sent a “deeply disappointing message.”

In his press conference on the plane home to Rome, Pope Francis seemed to affirm Kim Davis’ conscientious objector status, notwithstanding her position as a public official defying a Federal Court order. This political/papal development – the meeting with Davis and her husband took place in the Vatican Embassy in Washington, D.C. – provides a springboard from which to discuss the topic of disobedience to “the law.”

No politically informed Christian should be ignorant of Romans 13, the primary Scripture passage about submission to civil authority. Neither should we fail to recognize when this portion of the Bible has been spiked by pro-government interpretation. It is in tyrants’ interest to inebriate their subjects, lest sober citizens make the crucial distinction between mere power and legitimate authority.

From George III versus the Founding Fathers, to SCOTUS trashing the sacred institution of marriage by redefining it last June; the sober response is manifestly not submission to state propaganda citing Scripture. [See, for example, Rev. Jonathan Mayhew, A Discourse Concerning Unlimited Submission and Non-resistance to the Higher Powers.] Rather We the People should render unto Caesar the imperative – what is Caesar’s obligation under pain of political downfall – that he restore to the constitution the governing scepter he has usurped, i.e. stolen.

In the case of tyrants, rendering unto them what is Caesar’s may consist in an uprising against Caesar’s regime. Tyranny may richly deserve such a rendering! As in Mary’s Magnificat, “he has put down the mighty from their thrones and has exalted the humble” (Luke 1:52).

One thinks also of the Christians in imperial Rome, persecuted for 2½ centuries until they found a champion in Constantine the Great. Under God and the famed apparition in the sky, Constantine’s army overthrew Maxentius, the reigning Emperor in Rome.[1]

As St. Thomas Aquinas puts it:

A tyrannical regime is not just because it is not directed to the common good…. Consequently there is no sedition in disconcerting such a regime, unless … [the cure should be worse than the malady].  Indeed it is the tyrant rather that is guilty of sedition, since he provokes discord and sedition among his subjects even as he seeks to assure his dominance. [2]

Maintaining or magnifying the powerholder’s dominance is what usurpation of power is all about. The British government stole power to such an extent that in the U.S. Declaration of Independence “usurpation” is cited three times as justification for the American Revolution. In his Farewell Address, President George Washington described usurpation as “the customary weapon by which free governments are destroyed.”

Usurpation is not merely a matter of distant history. In June of this year, with its redefinition of marriage, SCOTUS usurped power from the States. In the process it effectively nullified the Tenth Amendment which reserves “to the States respectively, or to the people,” the matters unmentioned in the Constitution, such as marriage.

In the face of Hitler’s usurpation of power after the burning of the Reichstag – the classic case of imposing tyranny under the guise of protecting public safety – Catholics living in the Third Reich were blessed with a papal encyclical counseling heroism rather than submission:

Our wholehearted paternal sympathy goes out to those who must pay so dearly for their loyalty to Christ and the Church; but directly the highest interests are at stake, with the alternative of spiritual loss, there is but one alternative left, that of heroism…. Whoever counters these erroneous developments with an uncompromising No from the very outset, not only serves the purity of his faith in Christ, but also the welfare and the vitality of his own people. [Pius XI, Mit Brennender Sorge 21-22 (1937)]

Likewise in August 2015, Kim Davis, the elected Clerk of Rowan County KY, issued a resounding NO to a Federal Court order to be complicit in same-sex-marriage, and another NO to the legalists harping for her to resign and make precedent for the purging of Christians from government. Her heroism in going to jail rather than compromise captured national attention.

By resisting the current, or rather the torrent of the same-sex revolution, she stood in the breach long enough to bolster the morale of Americans fighting in the culture war against moral corruption.

Her defiance was of significance also as a symbol of resistance to judicial usurpation by the Federal courts. In 1962/1963 SCOTUS served as the battering ram in a coup d’état against America as a Judeo-Christian Republic. Among several church-state decisions pushing religion and morality out of the public square, Murray v. Curlett (1963) featured Madelyn Murray (O’Hair), the notorious atheist, as the winning plaintiff.[3]

Worse, what judicial usurpation foisted upon us half a century ago, time has exacerbated. The malaise has continued to darken and to extend its pervasiveness throughout society. When Kim Davis dug in her heels, therefore, she exhibited genuine patriotism and the cardinal virtue of Fortitude. It was much needed. May many more Americans emulate her heroism in standing against usurpers and against the flow of postmodern paganism.

In “the land of the free and the home of the brave,” alas, not everyone has the makings of a heroine or a hero. Consider a recent sports event in Washington State featuring church-state issues. An assistant Bremerton High School football coach caught national attention when his nine year old tradition of team prayer after games was suddenly nixed by Superintendent of schools, Dr. Aaron Leavell.

Leavell himself was certainly no hero for the alacrity with which he helped push Federal usurpation.  But let’s focus here on coach Joe Kennedy’s opportunity of a lifetime. Would he dare to disobey Dr. Leavell’s district-wide letter citing court mandates imposed half a century ago? His NO would have brought before the nation a sign of contradiction, directly challenging the rulings which to this day are suppressing the “free exercise” of religion clause in the Constitution.

Coach Kennedy could have been widely heard about how it was right in God’s sight to introduce living water into the spiritual desert which is the public school system. By resisting the tyranny of secularism while he stood in the national spotlight, coach Kennedy’s message could have sent shock waves into a public square sanitized of Christian spirituality. Having been raised a Catholic, coach Kennedy might have recalled the signature saying of St. John-Paul II: “Be not afraid.”

Instead Kennedy played it safe (editor’s update[4]) and cooperated as the secular jihadists cut off a beautiful tradition – not gradually but like a beheading in Saudi Arabia or Iran. Kennedy followed the Superintendent’s instruction to the letter – that any talks with students “must remain entirely secular in nature.” Dr. Leavell indicated that even prayers initiated by the players themselves shall not be supervised by coaches, i.e. no reverential posture or kneeling on the coaches’ part. In other words the government clear down to the school district level seeks to control even our body language.

I’m a former teacher at Bremerton High, by the way; also a former football coach in 1982 for the Ballard Beavers, a public high school in Seattle. After our final game, I gathered my players in the stands to offer a prayer of thanksgiving for a winning season, and a prayer of gratitude for the opportunity to play such a wonderful sport. Happily, unlike coach Kennedy’ situation at Bremerton, no administrator bothered to remind me of Federal court rulings.

To restore the polity and the culture in America calls for resistance to immoral or impious dictates, not bowing to SCOTUS whenever judicial usurpations trickle down to the localities. To regain a good country for present and future Americans will require a counterrevolution to postmodernism. No such radical turnabout can be accomplished by submission or timidity. Rather: 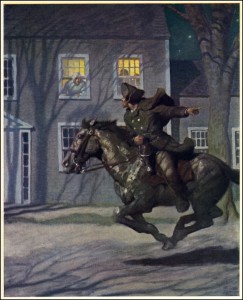 a cry of defiance and not of fear
(Longfellow, Paul Revere’s Ride).

Insofar as Kim Davis’ “law breaking” in Kentucky did the country proud, whereas law abiding in Bremerton conjured up dismay and even shame;[5] it is assuredly right and patriotic that citizens sometimes break “the law.” This proposition might appall well-meaning secularists of whom, as GK Chesterton’s says, “there’s no legalist like a good secularist.”

But as Christians looking askance at secularism, and anxious to see civic responses to the Gospel become more frequent and more potent, let us discern the difference between real laws and counterfeit versions.  We should also make distinctions on when to disobey “the law” quietly, and when to violate it flagrantly; and when, on the other hand, to let prudence be the better part of valor.

In the process, O reader, bear in mind Martin Luther King’s Autobiography. “I became convinced,” says he, “that noncooperation with evil is as much a moral obligation as is cooperation with good.”

[1] The apparition was the Chi Rho before the Battle of the Mulvian Bridge, AD 312. See my Christian Revolution Under Constantine.

[4] Editor’s update:  After this article was written, coach Kennedy ended the month long hiatus and resumed his post-game prayer.  On October 16, 2015, after the home game with Centralia High School, Kennedy was joined at the 50 yard line by players, coaches and cheerleaders from Centralia as well some BHS team members and many fans.   The author was among Kennedy’s supporters on the field, and is grateful to coach Kennedy for his renewed stand.
Before the season ended, however, Superintendent Leavell booted Kennedy from the football team, so that the coach had to view the last two games from the bleachers.  Kennedy has acquired legal representation from the Liberty Institute.

[5] On his Sunday mass on Sept. 20, the same weekend as the football game in question, Fr. Thomas O’Callaghan told me in the vestibule of nearby Our Lady Star of the Sea Church that coach Kennedy “should be ashamed of himself.”  [Quoted with Father’s permission]  Fr. O’Callaghan is a longtime diocesan priest in the Archdiocese of Seattle who is known for his fiery and well researched homilies.  (Editor’s note:  Fr. O’Callaghan is also heartened by coach Kennedy’s renewal of the postgame prayers).