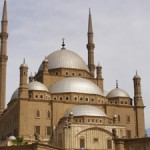 The following interview/discussion took place between Abdallah and me from October 6-8, 2013.  Abdallah is my Facebook friend from Cairo, Egypt. He is a software engineer and a supporter of the restoration of President Morsi.  We met via the chat feature of an online chess program.  (Published with Abdallah’s approval).

Abdallah:  Many times I keep thinking am I following the right religion?, so I keep reading and comparing my religion with other religions , until I reach a point where I feel comfortable to Islam. I always feel I want to share these thoughts with all my non-Muslim friends. I’ve read a verse in the bible where I’m assured that Jesus is more close to a messenger than to god. Do you mind sharing it with you? If you say No, it’s ok, and I’ll never discuss religions again with you.

Struble:  I’d love to hear what you have to say. 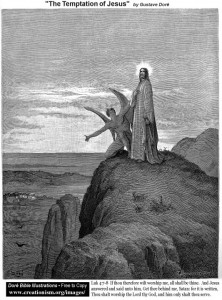 Abdallah:  Matthew 4:9-10 :- Again, the devil took Him to a very high mountain and showed Him all the kingdoms of the world and their glory;  and he said to Him, “All these things I will give You, if You fall down and worship me.” Then Jesus said to him, “Go, Satan! For it is written, ‘YOU SHALL WORSHIP THE LORD YOUR GOD, AND SERVE HIM ONLY.'”…

Me :- 1- I can’t imagine how the devil demands from god to kneel down to him (How dare he demands such thing from god ??), just to give god some kingdoms and glory. (Could such things attract god ?? ) (Or is Jesus just a human that can be attracted to such things, as I believe). 2- I expected punishment from Jesus the god to the devil for his fake pride. But I found Jesus answering that he is ordered to worship god not the devil. It is obvious that this respond is said by a worshiper not by the worshiped one. This is only an example of many verses showing that Jesus is only a messenger, as Islam mentions.

You can read starting from Matthew 4:1, and you’ll see what I mean.

Struble:  Abdallah. Read ahead seven chapters to Matthew 11:29 where Jesus said, “Take my yoke upon you, and learn of me; for I am meek and lowly in heart: and ye shall find rest unto your souls.” God is so great that he does not need (though he may decide for other reasons than necessity) to punish Satan immediately on the spot for his every impudence. After all, in the eternal scheme of things Satan will suffer forever.

Consider, also, Jonah 4:11 in the Old Testament. Here Jonah is rebuked by God for his desire to work vengeance against the city of Nineveh. “But Nineveh has more than a hundred and twenty thousand people who cannot tell their right hand from their left, and many cattle as well. Should I not be concerned about that great city?”

Sirach 2:18 describes God as follows: “Equal to his majesty is the mercy that he shows.”

Abdallah:  Yes, either punishing the devil or not, it’s up to god, I agree with you . But this is not a main point. The topics that confuses me are :- 1- I can’t imagine how the devil demands from god to kneel down to him. Are you sure he is talking to god ? 2- Could kingdoms and glory attract god the creator of all thing ?? 3- And finally Jesus respond to the devil that he is ordered to worship god not the devil.

Struble:
1. The devil is pretty bold; he’s described as the “accuser,” as opposed to the Holy Spirit of God who serves as the “advocate” in the trial for our souls.

3. Jesus often refers to his “Father” in heaven. Here is where Islam and Christianity part company: We believe in the Holy Trinity, with Jesus as the 2nd person in the Trinity, i.e. as the only begotten Son. Whereas the Koran begins by alleging that God is not begotten nor does He beget.

On point 2: Also, Jesus had a dual nature, human and divine. It was to Jesus’ human nature that the Devil proposed his temptations.

Abdallah:  I think this is summarized as : Jesus is a god (the son) but could have human characteristics and act as human to teach them how to avoid sins and do good things. Did he say that clearly and frequently in the bible since this is a critical point ??

Struble:  I would not say that he went around blowing his own trumpet, or frequently announcing his divinity. But he did say, “I and the Father are one.” (John 10:30) Also, at his baptism and his transfiguration the Father speaks and affirms that Jesus is his beloved son. Again in Matthew 16: 16-17, Jesus affirms Simon Peter’s identification of the Lord as “the Messiah, the Son of the living God.”

Abdallah:  I will research for the verse that says “I and the father are one”, since it can not hold except one meaning. But concerning the other verses, I noticed that all Jesus followers were considering them selves sons of god, just like Jesus. If Jesus is a begotten son, then this should be mentioned clearly in the bible.

If You say that Jesus is the only begotten son of god, How is he and father one ?? I’m more confused now

Struble.  Well, Abdallah, you are not the first to be confused by the mystery of the Holy Trinity. Three persons in one God, i.e. the triune God, is an article of faith not reason. In John 1:14-18; 13:16 the inspired Apostle uses the term, “only begotten son.” Jesus is the only one in this category, although God has many children among men. BTW, I am enjoying this conversation very much.

Abdallah:  OK, now we reached a point where I will never be able to win you (in this discussion only, not in chess ;)), because your believe in your religion is based on faith not reason. The only way to convince you is to show you something based on faith + reason. I can show you a few verses in Koran, that obviously shows that no human can write such thing, only god can. (If you agree of course) I can show you few verses of the following topics :- Miracle of science in Koran (with evidence from non-muslim sites) , Miracle of numbers in Koran (I calculated it myself) , Miracle of prediction in Koran. If you prefer not, it’ OK, and I can win you in game of chess instead

Struble: Actually, Abdallah, the Catholic religion is not based on faith, but rather on the person of Jesus. Our faith is not blind, or contrary to reason, but enters via the reasonable trust that Jesus is telling us the truth, and is not deceiving us. Also that he speaks for God the Father who would not have endorsed his words — via the most extraordinary miracles, like the Easter resurrection — unless Jesus spoke truthfully when he said, “I am the way, and the truth, and the life; no one comes to the Father except by me.” (John 14:6)

I’m not prepared at this point to do a Koran study in anything like the thorough fashion which I try to apply to my endeavors. I am quite busy editing and writing about American politics now (maybe you’d like to see some of my published articles?). Meanwhile, let’s have that chess game.