Trending Now
You are at:Home»Featured»Overcoming the Merely Therapeutic: Human Excellence and the Moral Life
By Rev. Gregory Jensen on March 5, 2012 Featured, Live in Christ, On Books, The Social Order 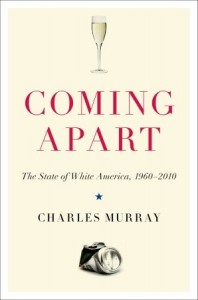 In Soul Searching: The Religious and Spiritual Lives of American Teenagers (2005), researchers Christian Smith and Melinda Lundquist Denton argue that for many young adults in America, the spiritual life is understood in moralistic terms. But where orthodox (and Orthodox) Christianity focus on the necessity of “repentance from sin, of keeping the Sabbath, of living as a servant of a sovereign divine, of steadfastly saying one’s prayers …” — many teenagers don’t see it that way. They, Smith and Lundquist say, worship “something like a combination Divine Butler and Cosmic Therapist: he’s always on call, takes care of any problems that arise, professionally helps his people to feel better about themselves, and does not become too personally involved in the process.”

My pastoral experience suggests that adherence to this model of the spiritual life is common not just among teenagers but also their parents and even their grandparents. Given Philip Rieff’s observations about the triumph of the therapeutic  in Western culture, this should come as no surprise. Therapeutic and medicinal imagery are dominant in our culture. That Christians have uncritically, and in my view unwisely, adopted this language is unfortunate but again not a surprise.

This is not to reject the use of medicinal or therapeutic imagery in conversations about either the spiritual or cultural lives. These metaphors have deep biblical and even pre-Christian roots. No, the problem occurs when such imagery comes to dominate at the expense of other, equally valid, ways of speaking about human experience (as for example the juridical model of salvation).

This brings me to Charles Murray’s new book, Coming Apart: The State of White America, 1960-2010 (2012). Murray’s work offers a response to the increasingly unbalanced use of therapeutic imagery. His book is provocative but this is not a bad thing; it is a call to the reader to re-examine the cultural and personal foundations of human thriving and to see them as fundamentally moral undertakings.

Looking at the American scene, he singles out four virtues as essential both personally and socially for “the feasibility of the American project”: industriousness, honesty, marriage and religiosity. Until very recently (Murray not wholly arbitrarily indentified Nov. 21, 1963, as the “single day” that demarcates “the transition between eras”) these four virtues were the common cultural inheritance and personal project of the vast majority of Americans. Whatever were their differences in religion, education, wealth or geography, most Americans lived lives built on a respect for hard work, honesty, marriage and family life and religious faith.  Both social institutions (public schools being chief among them) and popular culture – Murray draws examples from movies and television — likewise supported the virtues that made American “civic culture” not only possible but “exceptional.”

Since November, 1963, however, American civil society has been “unraveling.” As a culture Murray says we are “coming apart at the seams — not seams of race or ethnicity, but of class.” More and more the historically key virtues of American civil society are only those of the new upper class. These same virtues are no longer forming the daily lives of the lower class, that is of working class or blue collar Americans. As a result we see two increasingly different Americas. But again, the difference is not racial or ethnic or even economic but social, a difference in the values by which members of both group live their lives.

The social problems facing Americans now are the fruit of this “cultural inequality.” Switching from descriptive social scientist to advocate, Murray says that we must do something about it:   “That ‘something’ has nothing to do with new government programs or regulations. Public policy has certainly affected the culture, unfortunately, but unintended consequences have been as grimly inevitable for conservative social engineering as for liberal social engineering.”

Instead of more “government assistance” we need a widespread cultural “validation of the values and standards” that once made American civil society so exceptional. How? Well, Murray says the “best thing that the new upper class can do to provide that reinforcement is to drop its condescending ‘nonjudgmentalism.’ Married, educated people who work hard and conscientiously raise their kids shouldn’t hesitate to voice their disapproval of those who defy these norms. When it comes to marriage and the work ethic, the new upper class must start preaching what it practices.”

Murray’s book is about virtue and we know that the virtuous life requires balance. I can’t cultivate one virtue at the expense of the others. Temperance cannot matter to me more than Fortitude or Justice more than Prudence. St. John Chrysostom said that more priests have fallen from compassion than lust. This, or so it seems to me, is the pastoral analogy to Murray’s social critique. We have fallen because we have given ourselves over to an unwise compassion. True compassion suffers with others and so helps us understand how we can alleviate their pain. Unwise compassion is about sentiment; it is about feeling good about myself. True compassion comforts and ennobles the other person; false compassion is merely one more expression of my addiction to pleasure and my willingness to take my pleasure no matter what the cost to self or others.

When as Americans we talk about poverty, its cause and its consequences, we do so primarily not in moral terms — save insofar as some would advocate for the government to “do something to help the poor,” or to “win the war” on drugs or poverty or whatever — but medically, therapeutically.  But a medical model divorced from morality is not only ineffective but destructive. It is so because it is anthropologically unsound and so a gentle cruelty.

The traditional model of salvation assumes a personal commitment to the ascetical life. As classically understood in both the Christian Greek speaking East and the Latin speaking West (and even I would suggest among many of the heirs of the Reformation), the healing I am promised in Jesus Christ requires from me ascetical struggle. This is why today Roman Catholics and many Protestant and Evangelical Christians [celebrated]Ash Wednesday and why [last]week Orthodox Christians [began]the season of the Great Fast. Asceticism does not add to the work of Christ. Rather it prepares me to receive again Jesus Christ and to deepen my relationship with Him.

Physical discipline does not exhaust the content of the ascetical life. In addition to spiritual disciplines such as fasting and almsgiving, asceticism has an intellectual aim; it teaches me to understand my desires in light of the Gospel. I need to repent of, and struggle against, those that are sinful. Important though repentance is, it is more important still that I come to see more clearly even my legitimate desires in light of what God wants from me.

Seen in this way, asceticism is an essential component of a life open in love to our neighbor. This is how we understand that our actions, if thoughtless, may impose a cost to our neighbor. This is how we will heal the human heart scarred by sin and so in turn the broken social ties that Murray identifies. In short, I cannot love you unless I am willing to lay aside even my otherwise legitimate plans and projects.  Whether in the physical, moral or cultural realms, real healing requires an understanding of both the ends of human life and the means appropriate to those ends.