Trending Now
You are at:Home»Featured»Pastors to the Front Lines
By Joseph Backholm on September 21, 2011 Featured, Law & Justice 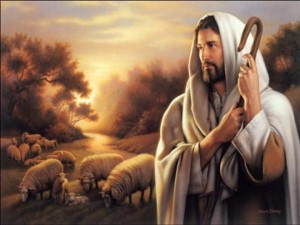 In mid-September the Governor of North Carolina convened a special legislative session to consider a state constitutional amendment defining marriage as a relationship between a man and a woman.

Amending the state constitution in North Carolina requires two-thirds of both houses of the legislature and a majority of the public to support it on the ballot before it can become part of the constitution. Getting the measure through the legislature is thought to be the more difficult step. It is expected to pass when it goes to a vote next year.

But an interesting thing happened on the road to getting the measure on the ballot.  The amendment had already passed in the State House but needed 30 votes in the state Senate. There are 31 Republicans in the North Carolina state Senate, one of whom was unable to vote for health reasons.

One other Republican State Senator was undecided. It was his vote that would determine whether or not the marriage protection amendment would go to the people for a vote.

That is the point at which a group of pastors from his district got together to see what they could do on behalf of marriage in North Carolina. They didn’t protest, they didn’t picket outside his office, they didn’t call the press and make statements about Sodom. They simply got together and visited with him in his office.

They discussed the issue, prayed together, thanked him for his willingness to sacrifice to serve the public, and encouraged him to let the people of North Carolina vote on whether marriage should be protected in the state constitution.

And when it was all said and done, that is exactly what that he did. And after the vote, the pastors who visited him in the 11th hour were given much of the credit for helping create that outcome.

You will probably never know the names of the pastors involved.   That is probably how they prefer it. Still, what happened in North Carolina is a perfect example of what can be done if the church is paying attention and willing to get involved. These pastors weren’t required to turn their churches into political action committees. They did not hijack the gospel for political purposes.  They simply did what they’re called to do.

This kind of ministry is not outside the realm of what a pastor should be engaged in. Some might say that it is precisely what pastors are called to do. It just so happens that a byproduct of ministering to this person made a positive contribution to the culture as well as to the individual. Nothing wrong with that, is there?