Trending Now
You are at:Home»Featured»Peace and Goodwill for South Sudan?
By ACN-USA News on July 17, 2011 Featured, Those in Need 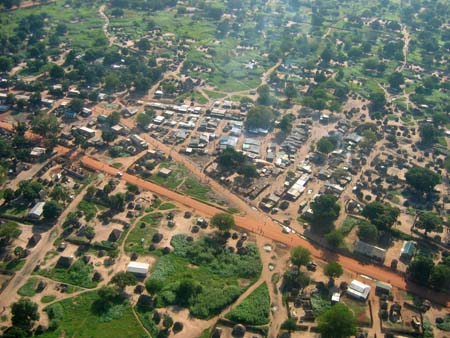 Aerial view of a part of Juba, capitol of Equatoria, South Sudan

The peaceful creation of South Sudan bodes well for the fledgling nation, but disaster could yet unfold unless serious issues are addressed quickly, according to leading bishops in the region.

Bishop Eduardo Hiiboro Kussala hailed the success of formalities on Saturday, July 9th, marking the independence of South Sudan, describing it as a “wonderful day in the history of our people.”

Reporting a peaceful and jubilant atmosphere both in the new capital, Juba, and in his nearby Diocese of Tambura-Yambio, which is up to 65 percent Catholic, Bishop Hiiboro described the people as “very optimistic” and with “high expectations” of the future.

The bishop described the people’s joyful spirit during a prayer vigil in Yambio held the evening before independence day and continued euphoria the next day when large crowds attended Masses across the region. 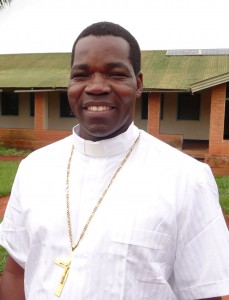 Speaking to Catholic charity Aid to the Church in Need (ACN) from Yambio, in South Sudan’s Western Equatoria State, Bishop Hiiboro said, “The celebrations here went wonderfully well. It was really a blessing of God that we had no violence.”

But the bishop also warned of serious difficulties ahead.

He singled out reports of droughts threatening harvests, a problem compounded by the return of thousands of people from displacement camps near Khartoum, the capital of Sudan.

Bishop Hiiboro’s concerns echo comments made in a pastoral letter he wrote, issued on independence day, in which he admits to “mixed feelings” about the future.

Highlighting the need to tackle worsening humanitarian problems, he writes: “The challenge is immense. Sometimes, it will come down to a decision: What must I give us that this person might eat, be clothed, be sheltered, etcetera?”

Meanwhile, in an interview with ACN, Auxiliary Bishop Daniel Adwok of Khartoum warned of the increased threat of conflict spreading from disputed regions close to South Sudan’s border with the north, including the Blue Nile state and oil-rich Abyei. 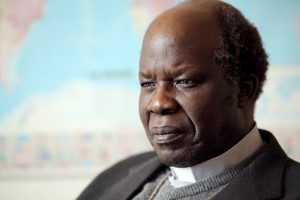 Bishop Adwok said, “I do not think the South will stand idle if it sees its former allies experiencing fatalities and other forms of suffering.”

Already, reports state up to 170,000 people have been displaced amid fighting in South Kordofan.

Bishop Adwok went on to stress the threat posed by seven or more militia groups linked to conflict in South Sudan.

Advocating dialogue aimed at early conflict resolution, Bishop Adwok said, “These are big issues. If the Government of South Sudan does not sit down to address the issues raised by the militia groups, it could become a nightmare with no stability for the South.”

Bishop Adwok said that in Khartoum the ruling National Congress Party was as yet divided on plans to enforce Islamic Shari‘a law more vigorously in Sudan with potential worsening discrimination and oppression of minority groups, including Christians.

He said that in his pastoral region of Kosti, he had called for calm in advice given to many of the 18,000 people amassing around the town, awaiting transport down the River Nile and repatriation to the south.

Bishop Adwok said, “I told them not to provoke any reaction from the host community in Kosti.”

“The 18,000 do not have protection and are very vulnerable.”

Referring to politicians in Khartoum, he said, “There is a recognition that change has finally come to South Sudan, but they are in a defiant mood.”

“Many see South Sudan becoming independent as a kind of liberation, meaning that Khartoum is now able to do what it wants and can pursue its own agenda, without having to take into account the very different needs of the south.”

Both bishops have reiterated the importance of collaboration with charities and other organizations to help both Sudan and South Sudan through this period of transition.

In his message to ACN late last week, Bishop Hiiboro wrote: “We in the Catholic Diocese of Tambura-Yambio feel compelled to seek from our partners how together to address these issues and to seek strategies in how far the Church and her international partners can reach out to the society as a whole to contribute as best as possible to a just and promising development.”

Sudan and South Sudan are priority countries for Aid to the Church in Need.

ACN provides key support for thousands of displaced children attending Save the Saveable schools in and around Khartoum, Mass stipends for priests, vehicles and other transport for clergy and religious, help for religious Sisters, catechists and others in formation and construction of church buildings.

ACN’s help became more urgent during the 1983-2005 Sudan civil war, the longest conflict of its kind in Africa. Up to three million died and millions more were displaced and/or fled abroad.

A ceasefire and the subsequent January 2005 Comprehensive Peace Agreement resulted in an interim power-sharing deal between north and south Sudan.

Elections and a referendum in January 2011 showed overwhelming support for secession and the emergence of Africa’s 54th state.