Trending Now
You are at:Home»Columnists»Pennies in Your Pocket
By Jake Frost on April 22, 2011 Columnists, Live in Christ 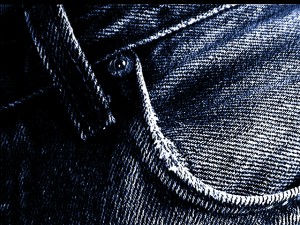 You know the song:

Lean on me, when you’re not strong
And I’ll be your friend
I’ll help you carry on
For it won’t be long
‘Til I’m gonna need
Somebody to lean on

Don’t worry if you can’t remember.  The songwriter himself said:  “Nobody knows who I am.  Sometimes if I tell someone who I am, they say, ‘No you ain’t.’  Or people just don’t know, never did, and don’t care.”

It’s Bill Withers, and he’s philosophical about his obscurity.  As he told his children:  “Most people don’t know, or don’t care, who you are.”  (The quotes are from Still Bill, a documentary about Bill Withers.)  Which is true, but then most of us didn’t write hit songs that are still rolling around in people’s heads 40 years after they were first released.  Songs like Lean on Me, Ain’t No Sunshine, Use Me, and Just the Two of Us.  Everyone knows the songs, even if no one knows the songwriter.  “I think I’m kind of like pennies,” Withers said.  “You have them in your pocket but you don’t remember they’re there.”

He was an unlikely candidate to become a pop-music sensation.  Born July 4, 1938 in the coal-mining town of Slab Fork, West Virginia, a little speck of broken-down middle-of-nowhere about which Withers commented:  “I’m sure you’ve been there on many vacations.”  The youngest of 13 children, his father died when he was young.  Withers was asthmatic.  He had a stutter (a problem that continued until he was 28).  And he noted that while stuttering is hard enough on anyone, stuttering in a tough town like Slab Fork is really not fun.  Life was rough.  The prevailing opinion about Withers was that he was a “less than” person; he grew up hearing “you can’t do nothin’”.  Withers said that when you’re a kid, you want to be liked and feel that you belong, but “that doesn’t always happen.”  Instead, he learned to “value the people who value you.”

All he wanted to do was leave Slab Fork as soon as he could.  So after high school Withers enlisted in the Navy.  He served for 9 years, then took a series of jobs as a mechanic and laborer, eventually relocating to Los Angeles so that he could, at the ripe old age of 32, pursue a musical career.  Working days on the assembly line at McDonald Douglas, he wrote songs and spent nights playing gigs where he could get them.  He scraped together savings from his meager salary to pay for his own demos and shopped them around, trying to interest someone in what he had to offer.  It proved a tough sell.  He was too old.  His songs didn’t fit the prevailing music formats of the time.  But Withers persisted, and eventually those non-standard songs from an old-fogey mechanic went gold.

Looking back, Withers remembered how people used to get in his face and tell him to “spit it out” when he stuttered.  “As if you had a choice,” Withers said, “as if when you were getting ready to be born, you said, ‘I think I’ll get in the stuttering line.’”  But Withers said that, despite his stutter, despite the loss of his father and the difficulties in growing-up in a hard-scrabble place like Slab Fork, the important thing isn’t where you start in life.  “The thing is what do you do after you find out you’re here . . .”  As Withers put it, when we’re born:

“If only” is a tempting game, but not productive.  Wish-weaving to remake the world as we would have it (or think we would), rather than as God has ordained it, just spins wheels on a dead-end road leading nowhere — and wastes what chances we really do have to do something in this world.  Worse, it can be “obscuring divine plans with” our human “ignorance” (Job 38, 2).  Scripture reminds us that we “know not the work of God which He is accomplishing in the universe.”  (Ecc 11, 5).  And in Scripture God Himself says bluntly:  “Will we have arguing with the Almighty by the critic?”  (Job 40, 2).

So we can save ourselves a trip to the dentist and skip the gnashing of teeth at the things we don’t have, or the things we can’t do, or the way things are.  It’s easier on the molars just to get on with using what we do have to do the things we can.  We might not have everything we would like, or be everything we’d like, and the world may not present us with circumstances optimally tailored to our desires.  But if we take stock of what we do have, and what we are, and what we can do, we just might be surprised.  Like pennies in our pockets, there are things to hand, things within us, that we may have forgotten about or overlooked.  Whatever they are, those are the things for us to use with all the power we have.