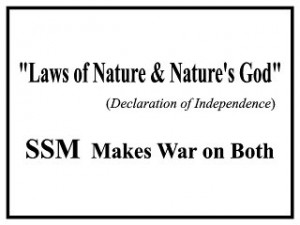 Soon citizens in Maine, Maryland, Minnesota and Washington State will vote on whether to redefine marriage.  Perhaps the following article will help deter some voters from playing an accessory role in waging war against “the laws of nature and of nature’s God.”

In proportion as people plunge into practices which are, as the Catechism indicates, “intrinsically disordered,” they are prepped to sink deeper into the quicksands of moral disorder.  Reason and recent history tell us that perverted sexual activity makes a person more apt to descend further, i.e. to yield to temptations even more depraved, including sexual abuse of minors.

Child abuse, says Pope Benedict XVI, “affects every level of society.”  Crimes against children have ripple effects that victimize us all.  In a speech to a delegation of American Bishops, November 2011, the Pope addressed the issue of pedophilia.  In confronting it, he said, society needs to recognize its causes.  He expressed hope…

that the Church’s conscientious efforts to confront this reality will help the broader community to recognize the causes, true extent and devastating consequences of sexual abuse, and to respond effectively to this scourge which affects every level of society.  By the same token, just as the Church is rightly held to exacting standards in this regard, all other institutions, without exception, should be held to the same standards.

One such institution is the American college campus.  Last Autumn, Penn State, The Citadel, and Syracuse University were shaken by sex scandals involving adults accused of abusing children.  After the Syracuse basketball coach Bernie Fine’s scandal broke, a commentator in the student newspaper wrote:

Guarantee you one thing – you can scour every article in the media about this and the Penn State scandal, and even though the sex acts are homosexual, nowhere, not once, will the actual word “homosexual” be spoken about or written about. They are a protected class. [Daily Orange, 11/18/2011].

But if social mores continue their downward trajectory, society will descend until NAMBLA’s agenda gets mainlined into the culture (as was its equivalent in ancient Greece and Rome).  At that point the social climate will be about as libertine as we read about in pagan antiquity.  In those days, not much about pedophilia particularly scandalized people.

Therefore, homosexuals and homosexualists (their heterosexual backers) will no longer be so inclined to become furious whenever someone dares point out the obvious, i.e. the association with pedophilia.  To the extent that all sex is considered good sex, no stigmatizing of deviant sexuality will exert enough social suasion to make people feel guilty about sexual relations with children. 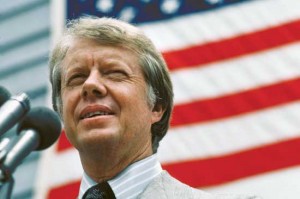 By way of analogy, before the advent of Playboy Magazine (1953) pornography was rightly associated with healthy guilt.  By 1976, however, Jimmy Carter was able to win the Presidency despite granting Playboy an interview during the campaign.  In less than a quarter century, the pornographic blitz upon society had significantly eroded the social stigma.

Part of the process of degeneration into debauchery includes the dimming of cultural stigmas.  Among peers, the fierce light of righteous indignation ceases to impose its checks, and the culture becomes more tolerant of an activity that would, in former times, have provoked a firestorm of outrage.  Of late sodomy has become a matter of pride and gone on parade.

In the infamous case of now imprisoned football coach, Jerry Sandusky, at Penn State, as well as coach Fine’s at Syracuse, the media did little if any reporting on whether either man was known to be a homosexual or not.  Just to investigate the gay lifestyle in the context of an article about alleged pedophilia is a fearsome path to tread – that is if you want to hold on to your journalistic career, and if you are loath to challenge the politically correct thought-police.

“Paterno, Pedophiles, Homosexuals and Cowards,” my other article on this subject, elicited objections from more than a few Facebook commentators.  Objectors fell into three categories:  [1] the practicing homosexuals who resent any suggestion that their sexuality is not okay; [2] the sympathizers – homosexualists – who deny that sodomy is socially or morally intolerable; and [3] Christians who acknowledge the sinful nature of homosexual practice, but who see pedophilia as an unrelated sin.  The last two groups issued some challenges that are worth addressing here.

Logic and common sense tell us that if a man abuses a male of any age, that man has a same-sex twist to his sexual instincts. In other words he is a homosexual.  It is intuitive that anyone willing to indulge in twisted forms of sexuality will be more liable to violate other sexual constraints, including boundaries of age, than the man who exercises self-control over his sexual passions.  The one sin may unlock the door to related but worse forms of sin.

Those who deny this reality often look to the numbers, or lack thereof, as the basis of their argument.  They want empirical proof.  As one female writer put it:

Since there are hundreds of thousands of gay people who are not pedophiles, and there are plenty of heterosexuals who are pedophiles, you can’t prove causation. Correlation is not causation.

She is saying, if I understand her correctly, that to prove causation is empirically impossible; and that even if abusers of boys are also frequently homosexuals (correlation), no cause and effect conclusions can scientifically be identified.

The great weakness of her reliance on empiricism is that the empirical method requires some sort of controlled study, with lots of candidates volunteering to be studied in order to reach a conclusion.  In the moral sphere, this is a formula for social paralysis because the “scientists” almost never reach a consensus.  Sometimes their studies are directly contradictory, as Dr. Brian Clowes concedes in his excellent survey of empirical evidence correlating homosexuality and pedophilia.

Another caveat concerns the limited proportion of unincarcerated pedophiles who would volunteer to be studied when, as now, their activities remain socially stigmatized.  Given that empiricism is riven with sociological limitations, it will never attest with compelling conviction that a clear and present danger exists in the moral sphere. 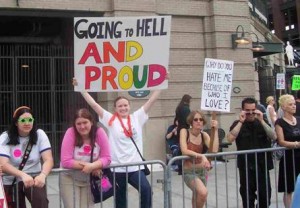 Therefore society cannot respond effectively to this moral scourge, as urged by Pope Benedict, if we delay until the empiricists give thumbs up for a course of action.  By then the pagans would have proudly led the country to hell.  Nor should decision makers accept the proposition that the empirical method trumps logic and common sense.

Another objector stated that my article “served no purpose other than to share your archaic, ignorant and useless opinion.”  As a professional historian, I was struck by the term archaic, implying as it does that pejorative views of sodomy held by our ancestors have been consigned to the dust heap of history.  But as Joseph Backholm, another of our Catholic Lane writers has put it, “I’m less concerned about the verdict of history than the verdict of eternity.”

It is hard to be optimistic about what the Pope describes as “a society which seems to have lost its roots, by a world in which the love of God has grown cold in so many hearts.”  If this coldness to Judeo-Christian faith and morals continues to pervade the culture we may soon lose the USA.  The annals of history are strewn with nations tossed by “the Supreme Judge of the World” (Declaration of Independence) into the scrapheap of the past.  I’m reminded of the historian, Tacitus, and his lament that so many of imperial Rome’s vices were defended on chronological grounds – “excused by invoking the times.” (Germania 19)

Another objector to my article (Aaron H. who contends he is Catholic) accused me of reinforcing “a perception that people who are Catholic and conservative cannot think through complex issues outside of dogma (which they perceive as indoctrination).”  I’m wondering how he supposes we Catholics are going to make moral judgments without consulting dogmatic guidelines like the Ten Commandments, or the teachings of the Church?  Aaron’s problem may also be empiricism, in that it eschews a priori evaluations.  In such a mindset, nothing supports judgments about moral issues except verifiable evidence produced by scientific studies.

On the contrary, Aaron, Christians do think through complex issues (as did St. Thomas Aquinas), but with a grounding in faith and morals as revealed by God.  If we believe in the basic truths of revelation, our thinking will be more acute and insightful.

St. Augustine of Hippo, an earlier thinker oft cited by Aquinas, put it this way: “We believe that we may know, rather than know that we may believe.”  We know and apply the general principle that one sin leads to another because we have a well-formed conscience to guide us, informed by Scripture and the long experience of the Church.

Another objector to my article countered that, “there has been a lot of study of the Bible which refutes the claim that Christianity is against GLBT inclusion.”  I responded as follows:

An apologist for the GLBT cause wrote an entire booklet about revisionist interpretations of the relevant verses of Scripture. I was subjected to this tripe by a former student. Believe me, the author’s arguments were implausible and convoluted contrivances supporting his a priori agenda. They presuppose that the author of the Bible was not the Spirit of plain truth, but a master of smoke and mirrors intent on making revelation as opaque as possible.

Another objector accused me of spewing hatred.  I responded to her that “a little more of that natural human emotion directed against evil at Penn State might have spared a number of those children.”  A major part of the reason for the moral breakdown in the West is lack of courage to defend the good, and to hate its evil counterpart.

Another objector to my article took a similar tack.  She accused me of using the power of my pen, and of “invoking the church, to incite ill will against people who have spent hundreds of years fighting just to be treated humanely.”  I would respond that the Bible is replete with admonitions to hate, loath, despise and abhor evil, provided this impulse is never directed at other people personally, but at their wicked deeds.  “Love the sinner; hate the sin.”

In reality Christians do practicing homosexuals no favor by denying them the tough love that might deter some of them from sinning, or from proselytizing on behalf of a lifestyle that is destructive personally and socially.  Nor do we let them off the hook in the eternal scheme of things by bowing to their sensibilities, i.e. by suppressing or downplaying the logical conclusion that mainstreaming homosexuality into society poses a danger to children.

Same sex marriage does indeed endanger children.  And so voting for it makes one an accomplice to the resulting collateral damage of pedophilia.  Advancing the gay subculture threatens kids collectively in proportion as it distorts morals in the culture where children get raised.   The Pope has lamented the breakdown of morality to such an extent in the West that what used to be unthinkable is, in the current climate, finding activist advocates.

Logically too, affording political cover for the gay lifestyle is sure to increase the level of peril for  kids individually.  In such a social milieu, sodomites become bolder and pose a higher risk to deviate from other norms, including those designed to protect minors.

If you want sexual deviants to accost your kids as readily as if the world were a bus station privy, then vote for same sex marriage.  If you have no problem with putting America’s posterity in harm’s way spiritually, then give SSM the green light.