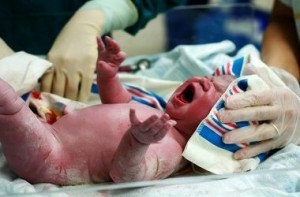 Watching how Great Britain deals with the ethical issues surrounding health care is instructive for a few important reasons. First, we both have a Judeo-Christian foundation to our cultures; we have inherited much of our legal system from theirs; they introduced socialized medicine over sixty years ago, and finally, they legalized abortion six years before we did—which, given the first three reasons might provide a glimpse into our own future.

Ultimately, when the citizens of one place pool their resources to take care of the sick (and some medical conditions cost a great deal of money) it goes without saying that unless there is a firm understanding concerning the value of each person, the healthy may grow to resent the sick, who inevitably take more than their “fair share” of those finite resources.

A recent court case concerning two Scottish midwives is chilling. Midwives have traditionally been laudable women who help others bring new life safely into the world. As far back as the Book of Exodus, their singular devotion to life was clear when they refused the order from the Egyptian Pharaoh demanding that they kill the male infants born to the Jewish women. When summoned to explain themselves, they concocted a clever story.

“Why have you done this, allowing the boys to live?” The midwives answered Pharaoh, “The Hebrew women are not like the Egyptian women. They are robust and give birth before the midwife arrives.” Therefore God dealt well with the midwives; and the people multiplied and grew very numerous. And because the midwives feared God, God built up families for them (Exodus 1:18-21).

Unfortunately, this reputation notwithstanding, most British midwives have long been diverted from the beauty of birth to the dirty work of aborting those babies who are unwanted. The government enlisted their services as a cost-saving device, since their training is less expensive than doctors, but it was also pragmatic, since British doctors are increasingly opting out of performing abortions. Since the 1967 Abortion Act included a conscience clause, doctors can request exemptions, and they have been doing so in “unprecedented numbers” according to a statement from the Royal College of Obstetricians and Gynecologists.

Thus, while early terminations take place in a hospital’s gynecology wing, the later procedures—usually due to suspected fetal disabilities—are performed on the delivery wing, and senior midwives were required to oversee the staff responsible for the abortions. Two asked for exemptions, due to their religious convictions and in light of the conscience clause. The court has just refused their request.

The ruling handed down at the end of February said that their objection is not covered by the conscious clause of the Abortion Act, allowing the judge in the case to exercise a tyranny that Pharaoh himself couldn’t manage. When even the fundamental issues of life and death are not covered by a conscious clause, a culture has pretty well lost its understanding of the human person.

Ironically, an even more unnerving proposal has been made in Britain’s “Journal of Medical Ethics,” wherein two writers defend infanticide, arguing that “newborns do not have the same moral status as actual persons … [because]individuals who are not in the condition of attributing any value to their own existence are not persons.”

The authors elaborate further, noting that if babies cannot explain themselves, then they’ll hardly understand their own loss of life, but that begs the question. What rights does the state think it’s conferring on persons if its judges subsequently refuse to recognize the consciences of those who can explain themselves? In regards to our own approach to government mandates, cost-cutting measures and the constraints on our personhood, the United States has cut to the chase and tried to outdo the British in record time.