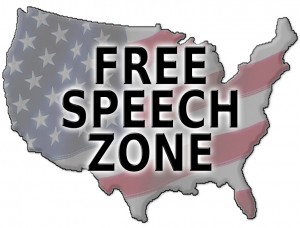 The mission statement of Philadelphia’s Charles Carroll High School, displayed prominently on its website, offers a hopeful vision of an educational institution:

“Providing all students with the academic, technological & social skills needed to be productive & contributing citizens in our society.”

This week, the specific mention of “social skills” and citizenship likely sounds like mockery to Charles Carroll sophomore Samantha Pawlucy and her family.

In an episode that has prompted national attention, Samantha was the victim of intimidation by her geometry teacher, Lynette Gaymon, who claims to have been “joking” when she ridiculed the girl for wearing a Romney/Ryan T-shirt during the school’s Sept. 28 dress-down day.

Suffice to say this isn’t the sort of interaction with a teacher that encourages students toward more competent social skills and productive citizenship.

The incident is unfolding as you might expect, given the divisiveness of our political climate — and given that it’s Philadelphia. After keeping their daughter home to allow her time to recover from the embarrassing encounter, her parents met with Ms. Gaymon and school administrators.

She maintained that she was only making a joke and said she was sorry that Samantha didn’t pick up on it. She wasn’t serious, she claimed, when she told the student to change into another shirt, or when she asked the girl whether her parents were Republicans, or when she declared that the school was “Democratic.”

Of course, she was just yukking it up when she told Samantha — in front of the entire class — that wearing a Romney/Ryan T-shirt was akin to wearing a Ku Klux Klan T-shirt.

The punch line to this teacher’s stand-up comedy routine? “Get out of the classroom.”

Head smack! Now I get it.

In a world of racial “dog whistles” that telegraph accusations of racism to those with sensitive ears, the KKK comment was more like a Jumbo-tron flashing the charge, “Your T-shirt tells me you’re a racist.” It was a powerfully intimidating comment from a black teacher to a white student.

Samantha returned to class Tuesday with the support of a Republican rally in front of Charles Carroll before the school day began. She read aloud the First Amendment to the Constitution and led the flag-waving crowd in a recitation of the Pledge of Allegiance. While fellow students have rallied around her teacher, Samantha is standing up for her right to free speech.

What is unconscionable is that it is even necessary that she take such a stand in an American public school, where the free exchange of ideas and opinions could, and should, feed young peoples’ interest in our political system.

Sadly, the Lynette Gaymons are increasingly the rule that proves the exception. Although college professors long have been guilty of using the power of the classroom to strong-arm their students into intellectual submission, a growing number of high school teachers — especially those teaching in urban classrooms — serve as foot soldiers in the army of the left.

It’s no wonder, really. Progressives have controlled our schools for some 80 years. Upon graduating and becoming certified to teach, the first thing an educator must do to get a job in a public school is to join a teachers union, whose mission isn’t to improve American education but rather to advance its leftist political agenda.

The system is set up to feed people with Ms. Gaymon’s biased worldview directly into our nation’s classrooms, where indoctrination is the order of the day. “Subtlety of messaging” obviously is not among the lessons Ms. Gaymon learned in her methods classes.

In my experience, a teenager who is politically engaged enough to choose a presidential candidate, wear a T-shirt and fight for her right to free speech generally is more informed than most adults who are eligible to vote.

Samantha clearly is an example of the sort of student who exemplifies her school’s mission, despite a teacher who proves it sometimes fails dismally.