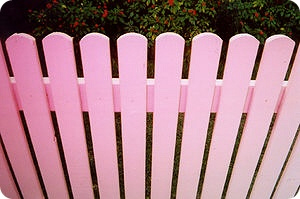 As we endure another “Breast Cancer Awareness Month,” it would be good to review how many people are touched by this life-threatening disease. The statistics offered by the American Cancer Society show that there are approximately 230,000 new breast cancer cases annually, and 95% of those incidents are in women above the age of 40. Moreover, the median age for those diagnosed is 61 (meaning that half are older and half younger than age 61). In all, there are approximately 2.6 million women presently either undergoing treatment or currently living cancer-free.

The numbers rose precipitously during the 1980’s and 90’s for two reasons. First, there was simply the expanded use of mammography, which diagnosed the tumors earlier and with more accuracy, but a second element is telling: “Much of the historic increase in breast cancer incidence reflects changes in reproductive patterns, such as delayed childbearing and having fewer children” (cancer.org). How many young women have been told that their approach to motherhood can influence their overall health?

Surely, the questions about how early motherhood provides a bulwark against cancer must be explored — and this is where the politicization of the topic comes into play. In the last year, we saw the savaging of the Susan G. Komen Foundation for its relationship to the abortion industry. It must be noted that the Komen grant given yearly to Planned Parenthood was less than a million dollars out of a $93 million annual budget. The fact that Planned Parenthood’s own annual budget runs upwards of $1 billion makes the loss of the Komen grant almost inconsequential — and reminds us that they couldn’t have accomplished a great deal with it anyway. So why the firestorm?

Just as the quiet but persistent boycott of Komen by pro-lifers concerned principle, Planned Parenthood’s rage that followed their decision was likewise about principle — based on their premise that the unfettered access to birth control and abortion was not to be questioned, even by groups whose stated goals had nothing to do with “reproductive” choices.

But what about Komen’s principles? Unfortunately, according to Karen Handel’s new book, Planned Bullyhood we discover that those principles are less than consistent, and likewise dance around the usual sacred cows. The author joined Komen in 2011 as a senior vice president of public policy, and she explains, “When I joined Komen, the last thing I wanted was controversy… Yes, I am pro-life, but that had nothing to do with my work at Komen. Komen was about ending breast cancer, not abortion.”

This brings us back to the quote above about “reproductive patterns.” There is no doubt that women have fewer children later than previous generations. The question concerns how this happens. If it were a matter of postponing childbearing by postponing sexual intimacy, then there would be a one-dimension scenario that would be subject to scrutiny. As we all know, this is not the case.

Presently, young women are becoming sexually active at a far younger age than previous generations, and they rely on birth control and abortion to delay childbearing. Numerous studies have linked the carcinogenics in hormone-based forms of birth control and the interrupted breast tissue development involved in surgical abortions with increased breast cancer rates. Ms. Handel and others at Komen may have misjudged the ferocity that Planned Parenthood was prepared to unleash upon them, especially given how small the financial stakes were. The real issue is how compromised Komen may be in telling the truth about the breast cancer risk factors that are Planned Parenthood ’s stock in trade.

The real “war on women” is being waged through subterfuge, as women are being sold a lie. Placing picket fences around those elements that are controversial or politically charged won’t create solidarity over women’s health, because what’s inside those regions is at the very heart of the matter.