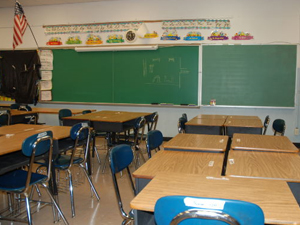 Events of the past week seem to intersect at the corner of morally bankrupt and socially corrupt. Let me explain.

We learned recently of something called the National Sexuality Education Standards. An entire document explains these “standards” in 44 pages, while its introduction tells us that the goal “is to provide clear, consistent and straightforward guidance on the essential minimum, core content for sexuality education that is developmentally and age-appropriate for students in grades K–12.”

Who is behind this? you might ask. Why would a kindergarten student need sex ed? For that matter, why would any child? The following may shed some light on just who has had a hand in this.

The organizations behind these “standards” listed on the Future of Sex Education website are the Sexuality Information and Education Council of the United States, Advocates for Youth, and Answer.

Here are some interesting facts about each one of these.

In other words, the three organizations behind the National Sexuality Education Standards all have ties to Planned Parenthood. Not a coincidence, to be sure, yet also a clear sign that the intersection of morally bankrupt and socially corrupt is extremely busy. The traffic is nerve-racking and not likely to improve. Why do I predict this? I say this because these “standards” are promoted as a program to be accepted and implemented across the country, and if this should come to pass, parental rights are finished.

As if this weren’t bad enough, we are equally aware of the recent ties between a Texas grand jury indictment of David Daleiden and his coworker Sandra Merritt and Harris County district attorney Devon Anderson’s prosecutor Lauren Reeder. Reportedly Reeder is a non-compensated director of Planned Parenthood Gulf Coast. However, Anderson has said that Reeder’s involvement with Planned Parenthood is not a problem and that Reeder is not involved in the investigation of Daleiden and the Center for Medical Progress videos. That may be Anderson’s story, but I don’t buy it. Time will tell, but remember that when the Texas grand jury indictment of Daleiden and Merritt was made public, it was also announced that the grand jury had declined to bring charges against Planned Parenthood.

Something is fishy in all this, but we have learned from experience that when Planned Parenthood is involved at any level, the facts mysteriously slip away. Whether we are talking about sex education, the sale of baby body parts, or abortion itself—not to mention criminal activity—there’s the truth and then there’s Planned Parenthood’s version.

For anyone really interested in saving the souls of our children and the future of our nation, I call attention to the intersection of morally bankrupt and socially corrupt one more time. Our society is running on the fumes of deception, apathy, and ignorance. The tank is nearly empty of logic, common sense, and respect for the natural law. It is our job to get out there in the middle of traffic and educate, motivate, and inspire others with the clarity of truth.

Lives depend on it; justice demands it.