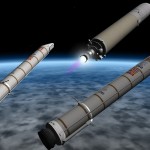 Some terms ring untrue, like songless birds,
Whose yakking do lovers loath and rue.
Under God,” and “Republic,” now voided words,
To which pupils pledge, “indivisible” too.

“One nation” in Union ever,
Now and forever never to sever?
Unless turned false and rude, like rot!
Counsel mocked? Reform spurned?  Split may be sought.

Secession is bad, so students are taught,
For by blood was the nation wrought;
But when the Constitution is dethroned,
Union by right may be disowned.

Disassemble to parts, ills to root out,
Reunion might thence come about;
Far better, though, one section to upgrade,
Than let sleaze, fraud, and sin pervade.