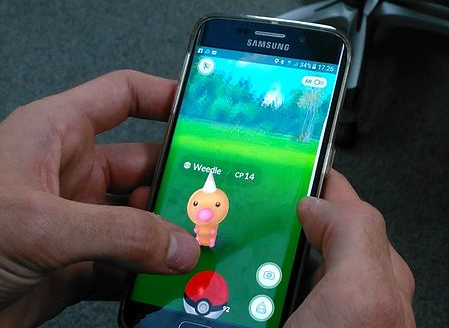 Even people who have no interest in Japanese culture or anime are suddenly aware of Pokémon Go. So popular, according to Google Analytics, it has surpassed even pornography as the most accessed thing on the internet. (See the Newsweek report here). The game has been covered in the media, discredited by disgruntled homeowners, and brought new hope to those parents hoping their kids would go outside for once.

More than just a passing fad, an aspect of this game has handed many Churches across the nation a golden opportunity by bringing many people literally to their doorsteps. The game works on a similar premise as the sport of geocaching. Players download a map of their local area. Local landmarks, such as fire stations, historical landmarks, and churches, host “Pokestops” (or stores for items in the game) and “gyms” where players can compete with one another. The game works with the GPS capabilities in the players’ smartphones, so they have to literally be in those places in order to access those parts of the game. Many of those places happen to be Catholic Churches.

My husband is an avid player of the game, so I’ve tagged along with him and witnessed where many of these stops are. The game is primarily targeted toward young adults and teens and wildly popular. I expected to see at least one or two examples of some sort of outreach to the players. In the three or four churches we have visited, I did not see a single instance of outreach.

Businesses and local organizations have been taking advantage of their landmark status in the game. Our local library is a gym in the game. The library has a full bulletin board dedicated to it in a prominent place for visitors to see. It also has a sign on the door advertising the Pokestop and invites people in for a free library card.

Why can’t parishes do something similar? Even something as simple as a sign welcoming players to the church, and inviting them to youth events or posting mass times could be very effective.
Never before has a popular trend in video game or youth culture literally brought people to the doors of our churches.

The world of pop culture is fickle and ever changing. This is a golden opportunity for evangelization and reaching souls that is unlikely to occur again. It may be over very soon. We need to act now to take advantage of this phenomenon.

Christ told us to become fishers of men, and we have a solemn responsibility to reach all those that we can. This new game is like a net for souls. We gotta catch ‘em all.