Trending Now
You are at:Home»Featured»Pope Francis on the Complementarity of Men and Women
By Chelsea Zimmerman on November 18, 2014 Featured, Marriage, Parenting, The Shepherd's Voice 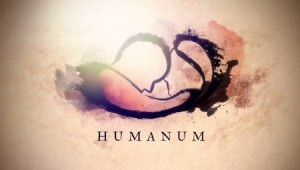 The Vatican-hosted international interreligious colloquium on the Complementarity of Man and Women started in Rome yesterday with an address by Pope Francis. The purpose of the conference, which ends tomorrow, is to show the beauty of the complementarity of men and women, which has existed across cultures and religions.

The Holy Father began his address by dwelling on the word “complementarity”. Christians, he said, “find its deepest meaning in the first Letter to the Corinthians where Saint Paul tells us that the Spirit has endowed each of us with different gifts so that-just as the human body’s members work together for the good of the whole-everyone’s gifts can work together for the benefit of each.” Reflecting on “complementarity”, he said, “is nothing less than to ponder the dynamic harmonies at the heart of all Creation.”

Complementarity “is at the root of marriage and family” and “will take many forms as each man and woman brings his or her distinctive contributions to their marriage and to the formation of their children.”

“In our day, marriage and the family are in crisis,” Pope Francis said. The “culture of the temporary” has led many people to give up on marriage as a public commitment. “This revolution in manners and morals has often flown the flag of freedom, but in fact it has brought spiritual and material devastation to countless human beings, especially the poorest and most vulnerable.”

This family crisis has also produced a “crisis of human ecology, for social environments, like natural environments, need protection.” The Holy Father called on participants to, “foster a new human ecology and advance it” by first to promoting the “fundamental pillars that govern a nation: its non-material goods.”

He noted that the family is the foundation of society and that “children have a right to grow up in a family with a father and a mother capable of creating a suitable environment for the child’s development and emotional maturity.”

Recalling what he wrote in his Apostolic Exhortation Evangelii gaudium, Pope Francis said that the contribution of marriage to society is “indispensable”; that it “transcends the feelings and momentary needs of the couple” (n. 66).

Finally, he urged participants to life up the, “permanent commitment to solidarity, fidelity, and fruitful love responds to the deepest longings of the human heart.” This is especially important for young people, who represent our future. That they do not give in to the “poisonous mentality of the temporary, but rather be revolutionaries with the courage to seek true and lasting love.”

This understanding of the family, he stressed, is not an ideological concept, but an “anthropological fact”, a reality that transcends ideological labels.

The Holy Father hopes that the Colloquium would be “an inspiration to all who seek to support and strengthen the union of man and woman in marriage as a unique, natural, fundamental and beautiful good for persons, families, communities, and whole societies.”

Accompanying Pope Francis and a number of speakers from 14 religions and 23 countries is a six-part video series on men and women and marriage the world over. View the series, beginning with “On the Meaning of Marriage”, below or here (be sure to turn on closed captioning):

You can also view highlights and talks from the conference on the Humanum YouTube channel.