Trending Now
You are at:Home»Featured»Pope Francis: Ongoing Fallout (Part I)
By Dr. Gerard Nadal on October 4, 2013 Featured, Live in Christ, Those in Need 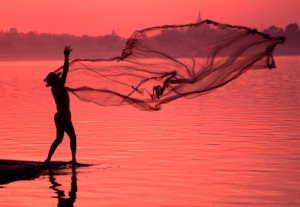 The blows continue raining down on Francis over his interview with an atheist, and with an intense scorn that is simply breathtaking. This may take a few posts to cover in its entirety, but here goes…

In my last article I defended Francis:

This pope has barely begun to cast his net and he’s being derided over his every move. Take for example how he addressed questions pertaining to the need for adherence to universal moral norms:

I repeat it here. Everyone has his own idea of good and evil and must choose to follow the good and fight evil as he conceives them. That would be enough to make the world a better place.

There is God and I believe in Jesus Christ, his incarnation. Jesus is my teacher and my pastor,Each of us has a vision of good and of evil. We have to encourage people to move towards what they think is Good.

I repeat it here. Everyone has his own idea of good and evil and must choose to follow the good and fight evil as he conceives them.

While this is hardly the stuff of John Paul II and Benedict XVI, whose mighty intellects rampaged across the Catholic landscape for more than three decades, this is a wily pastor who is skillful at the art of evangelization. His interviewer was laying traps, looking for the canned theological answer to destroy the pope on his own ground. Instead, the Holy Father laid a scriptural trap of his own. As Paul tells us in Romans 2:

12 All who sin outside the law will also perish without reference to it, and all who sin under the law will be judged in accordance with it.
13 For it is not those who hear the law who are just in the sight of God; rather, those who observe the law will be justified.
14 For when the Gentiles who do not have the law by nature observe the prescriptions of the law, they are a law for themselves even though they do not have the law.
15 They show that the demands of the law are written in their hearts, while their conscience also bears witness and their conflicting thoughts accuse or even defend them
16 on the day when, according to my gospel, God will judge people’s hidden works through Christ Jesus.

But why not just launch into an eloquent papal missive? One word:

Evangelizing is not the same as catechizing, not one bit. Evangelizing requires building a relationship characterized by mutual respect and trust. Telling the sinner that he is a filthy mess might be clinically accurate, but the approach leaves much to be desired. Evangelization is most effective when we lead people to see the hand of God already at work within them, the law of God already writ large on their hearts, hearts that often are very responsive at an intuitive level to the demands of charity. They are, however, often wounded deeply.

One day in spiritual direction Fr. Benedict Groeschel and I were discussing atheists and he offered me the following. “I’ve never met an atheist that didn’t suffer a major wound with his father.” That rang true from my experience as well. So here is this man, this atheist in Rome, sitting with the Holy Father. What most impressed him? From the Washington Post:

In what is quickly becoming classic Pope Francis, the back story of the interview was dramatically simple. The leader of the largest church in the world apparently picked up the phone and called Scalfari, founder of La Repubblica, who had requested an interview.

“Why so surprised?” the pope asked Scalfari (after being patched through by a shaky secretary at the newspaper). “You wrote me a letter asking to meet me in person. I had the same wish, so I’m calling to fix an appointment. Let me look at my diary: I can’t do Wednesday, nor Monday; would Tuesday suit you?”

After they set the time, Scalfari said he wasn’t sure how to end the call and asked for an embrace by phone. “Of course, a hug from me too,” the pope told him. “Then we will do it in person, goodbye.”

That’s the stuff of evangelization. The simple, humble, loving gesture that leaves the wounded open to receiving love from the evangelist, and along with that love, the message of their true worth, their real dignity. Yes, John Paul II and Benedict XVI, Pius XII and Paul VI all spoke powerfully about human dignity, but Francis whispers that message softly, maintaining continuity with all who have gone before on the throne of Peter.

We won’t hear him clearly if we don’t stop this incessant carping about his style. He isn’t John Paul or Benedict, and he never will be. They explicated the issues, but we must translate them into a language that those in darkness can readily understand. We must understand that the atheist cannot digest red theological meat, and must be developed over time. And here is the real genius of the interview.

Francis is showing us how to evangelize the atheists and agnostics in this interview with this one man, without using him as a foil. In that moment, sitting with thatman, the Holy Father answered the interviewer’s questions which arise from his life experiences. He was in that moment, with that man as though that man were the only one in the world. In so doing, Francis was the Vicar of Christ on Earth, Christ truly present to an old man scarred by war and its aftermath. An old man who melted when the Pope hugged him over the phone. A hug from not just any father, but the Holy Father.

This is the face of the New Evangelization.