Trending Now
You are at:Home»Featured»Pope Reaches Out to Pakistan Bomb Blast Victims
By ACN-USA News on March 31, 2016 Featured, Those in Need 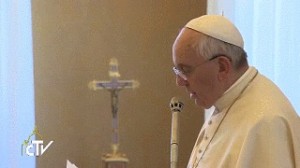 NEW YORK—Victims of the Easter Sunday Pakistan bomb blast have received a personal message of sympathy from the Pope.  Archbishop Sebastian Shaw of Lahore described how he was going from bed to bed visiting the wounded in a local hospital when he received a call on his mobile phone from Vatican officials who said that they had received a message from Pope Francis.

In an interview with international Catholic charity Aid to the Church in Need, the Catholic Archbishop Shaw spoke of his “delight” to receive the phone call about the Pope’s message, which was conveyed by Vatican Secretary of State Cardinal Pietro Parolin.

Archbishop Shaw said: “There were so many wounded and others we wanted to see and I was getting very tired and then I suddenly got this phone call from the nunciature in Islamabad [the Pakistan capital].”

“I was told that the Secretary of State had phoned the nunciature to say that the Holy Father is praying for the people who are suffering and that he personally wanted to send them his good wishes.”

“I have to say it was a very timely call. There were more than 100 people I was visiting and they were so pleased to know that the Pope had them in mind – not just the Christians but the Muslims too. Many Muslims were also victims of the blast.”

Reflecting on his visits to the wounded in Lahore’s Sheikh Zaid and Jinnah Hospitals, Archbishop Shaw said: “It was very, very difficult to console them. We had no words to offer them.”

He described one family including a woman who had lost her husband and a child in the blast and whose other children, aged four and six, had been badly injured.

Archbishop Shaw said: “The woman herself was injured and she was not able to take part in the funerals of her husband and child.”

The archbishop, a Franciscan, also stated: “One mother lost her two children and husband. “She was a guest and came to Lahore from Sanghar. The mother will go back to her home without her husband and children. [There are] no words to console her.”

He added: “In this depressing and traumatic situation we are still preaching and consoling our faithful with the words of Jesus after the Resurrection: ‘Peace be with you.’”

Pakistan is a priority country for Aid to the Church in Need, which supports victims of persecution as well as Mass stipends for priests, support for Sisters, training for seminarians, catechesis and other Christian education including Child’s Bibles, Catholic media and evangelisation work and construction of churches.