Trending Now
You are at:Home»Featured»Pope’s ‘Ideological Colonization’ Explained in New Book
By Austin Ruse on July 25, 2016 Featured, On Books 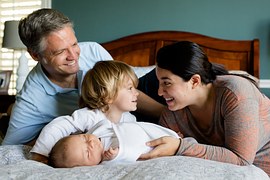 When Pope Francis spoke to the UN last September he warned about what he called “ideological colonization.” By that he meant the attempt to import or impose a vision of human sexuality at odds with traditional peoples. The African Bishops have repeatedly warned about how traditional way of life is under pressure from ideological colonization. The African, after all, are in the front lines in these attempts, usually by those associated with the United Nations.

A new book by Gabriele Kuby explains that this battle is far from new. What the Pope and the African Bishops are complaining about is more than two centuries old. In The Global Sexual Revolution: Destruction of Freedom in the Name of Freedom (LifeSite/Angelico Press, 2015), Kuby traces the current struggles to the time of the Marquis de Sade, who wrote violent pornography and was jailed for it by the Catholic king. Though he was also jailed by the revolutionaries, his vision, nonetheless, drove much of the French Revolution which was as much about sexual license as anything else.

The vision of the sexual revolutionaries is that human freedom can only occur if the family and the Church are changed or otherwise destroyed. It is the family where sexual pleasure and freedom go to die and the Church is the principal jailer in that prison. So, both must go.

Kuby traces the sexual revolution through figures such as Thomas Malthus, who created the idea of human “overpopulation,” Margaret Sanger, founder of Planned Parenthood, the creators of communism Marx and Engels, cultural Marxists like Wilhelm Reich, sexual predator Alfred Kinsey, and others you may not have heard of such as behaviorist John Watson, public relations guru Edward Bernays, and sex-change pioneer John Money.

One of the ties that bind all of these figures together is that each were sexually immoral in their private lives. It is plausibly theorized that each of them became a champion for sexual immorality in order to justify the chaos in their own lives; broken marriages, abandoned children, and much worse.

Kuby discusses Alexandra Kollontai of the Russian Revolution who championed “legalized divorce and abortion, established communal houses, and promoted free love to liberal women.” Kollontai said, “The home fire is going out in all classes and strata of the population, and of course, no artificial measures will fan its fading flame.”

Kuby traces the revolution to the present day into the fights experienced at the United Nations. She writes about the gender fights at the Beijing Women’s Conference, and the NGO document called the Yogyakarta Principles that claims to enshrine homosexual rights into each of the main UN human rights instruments.

The subtitle of her book explains what we already know. This revolution is not voluntary. It has to be imposed by the state and that is happening everywhere.

Kuby is a fascinating person. A victim of the sexual revolution herself. Abandoned by her husband, Kuby went on a decade-long search for meaning, looking for it in Eastern religions and under many other rocks. She eventually found what she was looking for in the Catholic Church. Her autobiography was a best-seller in her native Germany, though it has yet to be translated into English.

Kuby has become so influential in Germany that the sexual left in that country produced a play wherein she is murdered.