Trending Now
You are at:Home»Featured»Progressives Embrace Moral and Medical Schizophrenia
By Ken Connor on February 5, 2013 Featured, The Social Order 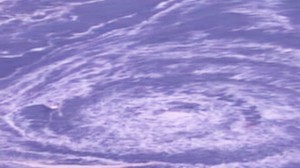 “Your freedom is likely to be someone else’s harm.”

So says bioethicist Daniel Callahan of the Hastings Center, responding to the recent controversy over provisions in Obamacare that penalize smokers.

In the era of the Bloomberg ban on Big Gulps, the proper role, if any, that government should have in the lifestyle decisions of the American people has been a hot topic of debate among policymakers, politicians, and pundits.  Like so many others, this question draws out the moral philosophy of the Left in America.  In general, Progressives – as they like to be called – are loathe to pass judgment of any kind on people’s life choices.  This flows from the chief “ism” that steers the Progressive moral ship:  relativism.  People so open-minded their brains have fallen out find themselves justifying, sometimes outright sanctifying, all sorts of behavior in the name of tolerance.  “Who are we to judge?” is the Progressive refrain.

As everyone knows, it’s the evil knuckle-draggers over at the GOP who like to pass judgment.  Conservatives are the ones who like to punish people who dare to defy their narrowly-constructed morality.  We are the ones who are unsympathetic to the plight of racial minorities, homosexuals, women… pick your interest-group.

Unfortunately for smokers (and the obese, for that matter), when the American Left isn’t burning through vacation hours attending Occupy Wall Street rallies, they are busy hitting up 5am spinning classes, surveying the offerings of their local farmers market, and blogging about their experience with the latest cleansing craze.  High fructose corn syrup, trans-fats, and tobacco products… these are addictive, evil substances pushed by greedy industrial agro-barons and fast food chains.

Enter the Affordable Care Act and it’s punitive treatment of smokers, who will be subject to as much as 50% higher premiums.  The spinners and juicers of the world are more than happy to pay more taxes if it means better access to health care for all.  However, as a price of this benevolence, those who make unwise choices must be made to pay their “fair share.”  As Mr. Callahan so aptly put it, “your freedom is likely to be someone else’s harm.”

Truer words were never spoken.  More from the A.P. article:

“Smoking has the most obvious impact. Studies have increasingly shown harm to nonsmokers who are unlucky enough to work or live around heavy smokers. And several studies have shown heart attacks and asthma attack rates fell in counties or cities that adopted big smoking bans.

‘When you ban smoking in public places, you’re protecting everyone’s health, including and especially the nonsmoker,’ said S. Jay Olshansky, a professor at the University of Illinois-Chicago’s School of Public Health.”

“If I’m obese, the health care costs are not totally borne by me. They’re borne by other people in my health insurance plan and – when I’m older – by Medicare.”

The argument is undeniable.  Smokers cause harm not only to themselves, but to everyone who is exposed their secondhand smoke and the taxpayers who finance, in whole or in part, their smoke-induced medical problems.  The same can be said of the obese and their myriad health problems.  Making other people sick and costing other people money, well that’s wrong.  It’s downright immoral!  Even in the relativist universe in which Progressive inhabit, these are self-evident truths.

If only the 55 million or so unborn children that have been aborted since 1972 had been the beneficiaries of such clear-eyed moralism.  The irony is truly mind-numbing.  The same people who are unwilling to bear the financial cost of your pack-a-day habit are more than happy to finance your abortion.  And, they are willing to pay for your HIV treatments.  This is because we now live in a world where the freedom to eat hamburgers and smoke cigarettes is of questionable legitimacy, while the freedom to have sex at anytime, with anyone, in any circumstances, and without consequences is absolute.  The president may not want his daughters “punished with a baby” if they find themselves unintentionally pregnant, but Heaven forbid they develop a taste for Marlboros or Krispy Kremes – that would really be tragic.

We live in an America where Beyonce’s Inauguration “Lip-Gate” garners more media attention than the March for Life.  We have fallen down a moral rabbit hole and I fear we may never find our way out again.

The Progressive agenda to make America healthier may well result in a leaner, greener America.  Unfortunately, their contempt for the unborn and their embrace of “anything goes” promiscuity will render those benefits moot.  A society guided by moral schizophrenics cannot long endure.