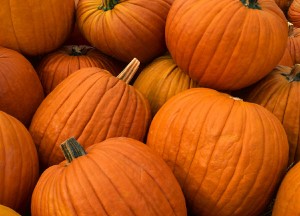 The Sacramental Soldier had died. My eight-year-old nephew. He was the second of my sister Peggy’s precious four children. Peggy is the fourth child in our family and I am her older sister and the oldest of our parents’ ten children. I have eight little sisters and one little brother. I used to tease my brother, “Blessed are you among women.” He became a Marine.

My eight middle-aged little sisters and one middle-aged little brother and I had arrived this morning in Connecticut from the Midwest for the wake. Funny how when you’re the oldest in a family you still want to call your younger siblings “little.” My little brother is taller than I am and some of my little sisters actually look older than me. St. Macarius the Elder, isn’t that funny?

Driving from the Danbury airport to Peggy’s home I could see that their trees’ fall colors were a week or so ahead of the Midwest. Rows of reds and brilliant golds divided the dark, somber tree-trunks from the bleak October sky.

Standing by my nephew’s casket I was the bleak, divided by the dark wood from a brilliant, gold soul. He was laid out in his altar boy’s black cassock and white surplice with an artillery of beads between his fingers. The Sacramental Soldier was at ease.

It wasn’t so much that he had waged war on leukemia for the last three years that made him the Soldier. It was that he had accepted his orders from a chain of command–Dad, Mom, doctors, nurses–and carried them out patiently, cheerfully, while being trained by Captain priest with the sacraments for his daily battles. When the final orders came … he obeyed. He had accepted the Last Sacraments and died a Sacramental Soldier.

My sister Noreen, from Ohio, standing next to me at the casket, suddenly grabbed my left arm and pressed her face into my shoulder, shaking violently with a disconcerting snort issuing forth from her sinuses. “Martyrs of Sinai!” I whispered as Noreen let out another sinus-snort. “Blessed Seraphina Sforza, stop snorting and get a hold of yourself, will ya?”

I put my right hand upon her head to soothe and quiet her grieving. “This isn’t Ohio, ya know.” I tried to shame her being that we were back east and all. Connecticut, no less.

“Look, look!” Noreen cocked her head towards a stand of flowers to our right and at the foot of our nephew’s casket. Noreen’s hand was partially covering her mouth as though she were trying to prevent a mournful moan from escaping. The poor dear. She nudged me towards the end of the casket.

“It’s all right, Noreen, it’s all right.” I reassured. “Are those your flowers? They’re beautiful.” I tried to pry Noreen’s fingers from my arm. “Come on, let’s go sit down somewhere.” I wanted to bring some comfort to my distressed sister, here in the east. Preferably “Southern.” St. Winebald, if ever there was a place that needed a bar it’s a funeral home.

Noreen dug her nails into my arm. “Get that card! Do you hear me? Get that card!” Now she shoved me into the stand at the end of the casket holding an orange-glazed ceramic pumpkin pot containing an array of colorful chrysanthemums. “Grab that card. Those are my flowers and I don’t want Peggy to see that card!” A sound erupted from Noreen’s lips like she was giving the whole funeral parlor the raspberries. She had completely lost her mind with grief.

“St. Exsuperantius!” I was exasperated. “You get that card yourself. It’s yours and why do you want it anyway?”

“I can’t. I’m wetting my pants.” She was bending over laughing. Laughing?

I was shocked. Simply shocked. Noreen, still holding onto my arm, straightened up. Her face was screwed up in hysterical-looking knots, mouth wide open and absolutely no sounds coming out. Suddenly she threw her face back into my shoulder and … bit me!

“YOUWSER!!!” I screamed out in anguish and instinctively slapped her in the face.

Everyone in the funeral parlor stopped talking and looked at us. Noreen stared up at me startled.

“Yahweh! Oh, Yahweh! Pray for us St. Aengus MacNisse? and St. Eystein!” I wailed like a professional Irish-Jew.

I put her head in a half-Nelson and dragged her over to the stand of flowers in the orange-ceramic pumpkin pot. “St. Nicholas the Pilgrim, we’re by your pumpkin pot.” We were now in front of the floral stand.

There was a white square card resting on a black, plastic-pronged stick protruding about six inches out of the dirt in the orange-ceramic pumpkin pot. I plucked the card out of the prongs and turned my head from side to side to see if anyone saw me swipe it.

“Okay, Noreen, I’ve got the card.” I muttered from the side of my mouth, pretending to be looking straight ahead and nonchalantly admiring all the flowers with Noreen’s head still squeezed under my arm.

“Read it!” St. Macrina the Younger, my little sister was spitting raspberries again.

“Get yourself under control, will ya?” I squeezed my sister’s head tighter and another sound issued forth. Where that sound came from I wasn’t sure. Not having my reading glasses with me I held the card out in front of me about twelve inches, squinted and read the big, black, bold letters emblazoned on the white card… “WE LOVE PUMPKINS”

“WE LOVE PUMPKINS?!” I screeched. The whole funeral parlor went silent again. Noreen was in conniptions so I squeezed her head harder, trying to suffocate her. I immediately went into another wail trying to disguise the words “We love pumpkins” with your everyday Latin … “Deum juventutem meum!” Oh, yeah, that sounds like “We love pumpkins.” I should have been slapped naked and had my clothes hid.

“What? What did you say?” Noreen was mumbling as I beat my breast with one hand and pulled her by her head out into the foyer of the funeral parlor. Ensconced in the foyer, I let go of Noreen’s head and she stood facing me. “What did you say?” She asked pulling out a kleenex from a box sitting on a white marbled-top table in front of a gold-gilded framed mirror hanging above on the wall.

“Deum juventutem meum!” I blurted out. “It means, ‘God my joy!’ If you had stayed a Catholic you would know that.” Noreen had left the Catholic Church years ago to become a pumpkin … errrr … a Protestant.

We both turned towards the mirror, yanked out some more kleenexes and wiped off our sweaty faces damp from tears of grievous-laughter. And then I saw it. My hair … or rather, my scalp through my hair.

“St. Patern!” I was starting to exhibit male-patterned baldness right here in the funeral parlor mirror. What next?

“Yes, St. Patern. As in male-patterned? Don’t you remember anything from your Catechism?” I started frantically pulling clumps of hair over patches of white scalp. “Remember, ‘Who is God?’ ‘God is the Supreme Being.’ What is menopause? Menopause is the supreme joke God plays on women making them grow mustaches and suffer male-patterned baldness! ‘Tis a hard religion, Maggie, but the only one!'”

“What? No! Menopausism! And St. Eutropius of Orange, what the heck kind of Protestant prayer is ‘WE LOVE PUMPKINS’ anyway?!”

Maybelline mascara tears started rolling down Noreen’s cheeks. “I told the florist in Ohio to write, ‘We LOVE YA, pumpkin,’ not … ‘We LOVE pumpkins’.” She lowered her eyes. “When I saw what that card said, sticking right up out of that pumpkin pot, I knew I had to get it before Peggy or anyone else read it.”

The front door of the funeral parlor foyer opened. An acorn-incensed wind blew in wrapped in a shroud of smoke. A perfume of consolation. It was the priest. A season of dried-up, brown leaves crunched under Father’s shoes announcing his arrival.

“Deum juventutem meum.” My sister repeated as Father walked by.

“Yes. ‘God my joy.'” I put my arm around Noreen and led her back into the parlor right behind Father.

The priest knelt on the prie-dieu. We all knelt and made the sign of the cross. “In Nomine Patris, et Filii, et Spiritus Sancti …” Father began the Sorrowful Mysteries of the rosary.

I pressed the rosary’s wooden crucifix between my fingers. I lifted my eyes to the bowed down head of the priest. His rosary beads clicked against the wooden prie-dieu and my eyes snapped up to the casket cradling my nephew, shrived in a veil of wood …

The boy whose tongue in penanced-prayer,
Took Bread, locked lips, to guard God there.
Oh Sacramental Soldier Soul,
Five senses all saluted whole,
With Holy Oils by Captain priest
You marched off to the Banquet Feast.
You left the war, at ease, in place
And died in sanctifying grace.
Oh, highly decorated Soldier Soul …

…we LOVE ya, pumpkin!