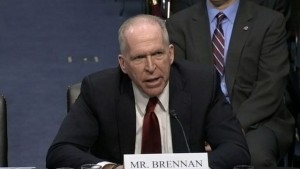 An ominous pattern has been developing, particularly of late:  The Obama administration seems determined to subordinate public safety to political expediency.  If a course-correction is not effected promptly, the result is predictable.  Americans will be needlessly harmed, and perhaps killed.

The most recent and obvious example was the release last week of hundreds of reportedly dangerous illegal aliens from federal detention.  The rationale given was that the sequestration-dictated budget cuts made their incarceration unaffordable.  The White House has disavowed any involvement in this reckless decision.  But it was certainly in keeping with the President’s erstwhile mantra that extremely dire repercussions – including the disruption of critical public services – would flow from a fiscal train-wreck that he has refused either to acknowledge devising or to stave off.

Even more worrying is the erosion of public safety inherent in the administration’s “fundamental transformation” of our national security.  Mr. Obama’s own civilian and military leaders have warned that the effect of the $500 billion cut over ten years impelled by sequestration, coming on top of the nearly $800 billion in reductions in Pentagon spending that have been previously ordered, will be to “hollow out” the military.  History teaches that when we disarm in this fashion, others respond aggressively – at the expense of our vital interests and at huge costs, both in fiscal terms and in a much more precious currency: lives.

Then, there are the reductions Mr. Obama seems determined to make, unilaterally if necessary, in our nuclear deterrent forces.  The President fancies that he is “leading from in front” in this instance, but not one other nuclear power is following him towards a “world without nuclear weapons.”  In fact, in the absence of a safe, reliable and credible American “nuclear umbrella,” it is inevitable that global proliferation and instability will increase.  That will scarcely enhance our public safety.

The poster child for putting political considerations ahead of prudent security practice is John Brennan, the President’s homeland security and counter-terrorism advisor whom he hopes the Senate will shortly approve as the next Director of the Central Intelligence Agency.  Nothing could be more ill-advised.

The case against Brennan’s nomination has numerous elements.  Members of the Senate’s Intelligence Committee have been rightly concerned about his apparent involvement in myriad leaks of highly classified information.  These include the compromise of a most sensitive joint UK-Saudi intelligence operation that prevented a sophisticated terrorist attack and the sharing with Hollywood filmmakers of sensitive details concerning the raid that killed Osama bin Laden.

Brennan also seems to have been party to lying to legislators, for whom he has ill-concealed contempt.  Notably, it seems he was involved with an interagency “Deputies Committee” that, in the immediate aftermath of the murderous September 11th terrorist attack in Benghazi, reworked after-action briefers’ “talking points” – resulting in the unfounded claim that it was precipitated by an offensive video, not the attackers’ lust for jihad.

Speaking of jihad, John Brennan’s failure to comprehend this term is emblematic of the most important reason for the Senate to regard the prospect of him leading the CIA as a prescription for still further endangering of public safety.  In a May 2010 address, Brennan declared that: “Jihad is a holy struggle, a legitimate tenet of Islam, meaning to purify oneself or one’s community.”

In fact, Muslims who adhere to the orthodox and totalitarian Islamic doctrine they call shariah know jihad to be a legitimate tenet of their belief system, alright, but that it means holy war against the unbelievers.  They understand “purification” to be about ensuring the triumph of shariah, both locally and globally.

Further egregious strategic errors flow from this fundamental, and potentially fatal, misjudgment by John Brennan and the administration he serves:  The avowedly jihadist and shariah-imposing Muslim Brotherhood has been legitimated, empowered, funded, armed and emboldened.  On Brennan’s watch, training materials and trainers that make clear such Islamists are unalterably our enemies have been purged government-wide.  And Muslim Brothers have effectively been made the arbiters of who and what shall be used in future training to “counter violent extremism” underwritten by federal funds.  The peril to public safety posed by such decisions is obvious.

John Brennan is, at best, willfully blind about the most immediate national security threat of our time.  At worst, he has spent the past four years enabling its ascendancy abroad and its growth andinfluence operations here at home.

The Brennan nomination has engendered bipartisan opposition on other counts.  The Left opposes his past involvement in so-called “enhanced interrogation techniques” and his current role in the lethal use of drones.  With respect to the former, the Intelligence Committee should carefully consider the CIA’s impending response to a controversial $40 million study commissioned by that panel’s majority before bringing Brennan’s confirmation to a vote.  And with respect to the latter, Republicansupport for such drone strikes should not obscure – or be allowed to minimize – the unacceptability of the nominee’s myriad other defects.

President Obama’s record of putting his partisan political interests ahead of the best interests and even the safety of the American people is unconscionable.  The Senate must not condone this practice, let alone contribute to it, by confirming one of its prime-movers, John Brennan, as the next CIA Director.