Trending Now
You are at:Home»Featured»Quality of Life
By Daniel Greenfield on August 13, 2013 Featured, Government & Politics, Law & Justice, The Social Order 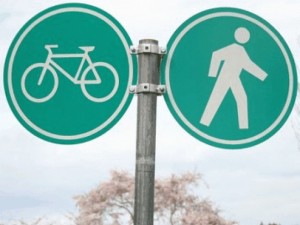 It’s hard to remember sometimes that the latest Bloombergian crusade to ban all the sodas, steal all the salt, or wall off half the streets to automobile traffic had its roots in another New York City where Times Square was a seedy flickering danger zone, entire neighborhoods were always on the verge of an explosion, and the only optimistic people were the ones moving out.

Some twenty years ago, Rudy Giuliani began tackling crime directly with waves of men in blue using smarter and blunter tactics, and also indirectly by going after “Quality of Life” issues. The theory was that crime came out of social blight. Improve the neighborhood and you reduce crime.

The ubiquitous squeegee men were put out of business and drivers rejoiced. Times Square’s acres of sex businesses were broken up to make way for Disney musicals. Homeless encampments that had taken over public places were broken up. Graffiti, prostitution, panhandling, and a thousand other behaviors, some criminal, some not, but that contributed to the grimy dangerous city were targeted.

Critics called Giuliani a fascist, but New York City became a better, safer, and more prosperous place. It’s hard to remember what a gamechanger the notion was, back then in the dark days of liberalism,  that cities didn’t have to be fixed with an endless round of welfare that only added more blight. Instead they could be fixed by enforcing civilized norms that too many had given up on enforcing.

Giuliani’s approach worked well. Too well. Quality of Life succeeded in cleaning up and restoring neighborhoods. It opened up a wave of gentrification. And it never stopped. In Giuliani’s final term, a significantly safer city had already been reduced to toying with petty annoyances. There was a plan to ban jaywalking that never came to fruition. It was one of those moments where it was clear that the line between fighting social decay and enforcing conformity had slipped.

If Giuliani, like Alexander, had run out of problems to conquer, Bloomberg never had any to begin with. Instead Bloomberg took his tone from the worst days of Giuliani’s term and decided to turn Quality of Life into a means of enforcing conformity with whatever trendy notions of public health or ecology had come out of his favorite think-tanks.

If Giuliani had the mentality of a beat cop looking for more social disorder to stamp out, Bloomberg was the layabout president of a college rubber-stamping his sociology faculty’s wildest Orwellian fantasies. Giuliani frequently overreached, but he had clear and practical goals in mind. Despite all his grandiose programs, organizations and projects, Bloomberg has no larger goals. He’s a billionaire writing checks for any program that sounds interesting. The problem is that unlike most billionaires, his checks are often government checks and the programs are enforced by a city government.

Giuliani can hardly be blamed for Bloomberg. Given a chance to show up at the press conference where Bloomberg announced his plans to run for mayor, Giuliani walked by and gave it the cold shoulder on the way out of City Hall. Certainly Bloomberg is not the successor he would have picked, and yet Giuliani left the door open for Bloomberg or someone like him to show up on the stage.

Quality of Life left the question of where the intervention stops unanswered. Most New Yorkers accepted Giuliani’s overreaches of power willingly after spending decades being terrorized by criminals and their civil-liberties lawyers. The existence of a civil-liberties establishment that protected criminals and promoted the destruction of urban spaces made the rise of someone like Giuliani nearly inevitable. And that civil liberties establishment, which has gone on to do for Islamic terrorists what it did for drug dealers, has learned nothing at all from the rise of Reagan or Giuliani.

Giuliani’s focus was on fighting crime, but measuring everyone against an iron law turns them into criminals. Bloomberg completed the process of criminalizing everyone by removing such labels as “criminals” and making it mean the same thing as “citizens”. The old quality-of-life approach had targeted problem spots. The new quality of life treated everyone and everything like a problem.

The old moral crusade has made way for endless social engineering and the dim pleasure of manipulating the lives of millions of people for some hypothetical improvement in their condition. And with that a crackdown on crime lapsed into the familiar search for total control of liberalism.

The underlying problem was cyclical and its lessons extend beyond the city and to the country.

Liberalism destabilizes society. A conservative government wins office promising a stronger hand. Sometimes, on rare occasions, it even provides one. The era of stability and prosperity that the conservatives usher in makes it easy for liberals to promise to elevate society to a new level of civilization.

Swap Eisenhower or Churchill for Giuliani and you get back to how the left and its more moderate liberal fellow travelers revived themselves to create the beginnings of the nightmare we now live under. Trade Giuliani for Reagan and Bloomberg for Clinton. Or Bloomberg for JFK. The cycle stays the same. It’s one reason why electing even a “good” government of the right has its limitations.

The cycle ensures that the left will always have a right to clean up their messes and to rebel against. They need their Nixons to get them out of Vietnam, try to make their social welfare policy disasters seem workable, and act as the father figure that they can pull down and destroy. They need the Reagans and Giulianis and Eisenhowers to denounce as authoritarian conformists, thoughtless buffoons who prevent progress, because the alternative is the eternally stultifying rule of the left whose existence in a country destroys the left as a meaningful moral force in human affairs.

The root of the problem is that both sides agree that government can be used to create a better society. The tug of war between them is not over whether people should be free, but what type of government crackdown will elevate our society.

The right’s crackdowns are only necessary because of the social policies of the left. They are not a solution in and of themselves. Every cleanup operation remains incomplete because it only deals with the symptoms of the problem, not with the problem, which is the social policies of the left. A dynamic leader can turn around a city or a state, even a country, but until the left’s social policy levers are thoroughly smashed, the cycle will continue.