Trending Now
You are at:Home»Featured»Readying Romney for the Class-Warfare Machine
By Dr. Paul Kengor on January 13, 2012 Featured, Government & Politics 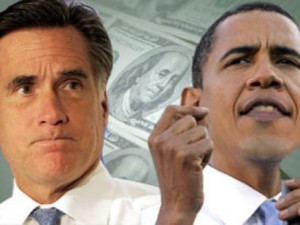 If Mitt Romney gets the GOP nomination, prepare for a season of class warfare in America unlike any before. Not only has President Obama been pushing class warfare unceasingly for three years now, but his chief strategist, David Axelrod, has been employing precisely this tactic against Romney, and well before Newt Gingrich and Rick Perry started harshly criticizing Romney’s Bain Capital work.

Axelrod, of course, is the Chicago-based consultant who got Obama elected. He was the chief architect of Obama ’08, right down to the very words “hope and change.” The Los Angeles Times correctly calls him the “keeper” of the Obama message. The New York Times dubs him “Obama’s Narrator.” Axelrod honed the Obama image, got him elected, and changed this nation. Then, after two years as a presidential adviser, he went back to Chicago to strategize on reelecting Obama. “I have one campaign left,” Axelrod told a reporter, “and it is going to be to try to elect a guy who I think is a great president.”

Which Republican stands in the way? The leading candidate is Mitt Romney, who happens to be the candidate Axelrod and Obama want to run against. “Ax” is slicing up Mitt for an Occupy Wall Street feast. He sees Mitt as a hunk of red meat for the Occupy movement, the poster-boy for Wall Street greed.

“Obama officials intend to frame Romney as the very picture of greed in the great recession—a sort of political Gordon Gekko,” reported an August 2011 Politico piece, titled, “Obama plan: Destroy Romney.” The article quoted Axelrod: “He [Romney] was very, very good at making a profit for himself and his partners but not nearly as good [at]saving jobs for communities. He is very much the profile of what we’ve seen in the last decade on Wall Street.”

This, mind you, was still before Occupy Wall Street exploded in September and October.

The Politico quoted a “prominent Democratic strategist” close to the White House: “Unless things change and Obama can run on accomplishments, he will have to kill Romney.”

Well, indeed, Obama and Axelrod will run on Romney—tire-tracks and all.

Axelrod has steadily maintained this caricature of Romney. “He says he represents business,” Axelrod told MSNBC in October, “but he really represents the Wall Street side of business.”

Last Sunday, Axelrod told ABC’s George Stephanopoulos that Romney is “rooting” for economic decline. He described Romney as a nefarious outsourcer of “tens of thousands of jobs,” who “closed down more than 1,000 plants, stores, and offices” and “took 12 companies to bankruptcy.” As this rapacious profiteer cheerfully destroyed companies and businesses and shops and shop-owners and the poor and the meek and the downtrodden and the crippled and the lame, “he and his partners made hundreds of millions of dollars.”

“He is not a job creator,” scowled Axelrod. “He is a corporate raider.”

Axelrod frames this Romney way as the sinister “Bain mentality.”

And if you thought the Occupy movement was worked up last fall, you ain’t seen nothing yet. If Romney is the nominee, the Occupiers will go bananas this coming fall, especially if prodded by the Obama campaign.

With Barack Obama at the helm, and David Axelrod charting the course against Mitt Romney, this nation will set sail into a poisonous sea of class hatred. “Bain” Capital will be “Bane” Capital, as in evil. “Venture capital” will be “vulture capital.”

This November’s election might boil down to a fundamental debate between the merits of markets vs. central planning and wealth redistribution; that is where the rhetoric is headed.

If I were Mitt Romney, I would be prepared to carefully explain to Americans what venture capital is, and why someone with such economic experience is arguably perfect for the White House given today’s economy. I would bone up on Friedman, Hayek, Mises, Hazlitt, Laffer, and, most of all, Marx. Oh, and I might Google the word “agitprop,” understanding that I’ll be thus targeted.

If Romney (as the nominee) does this right, he has a chance not only to win Americans’ votes but to educate them about the free-market system that has made their nation the marvel it is. An ugly campaign of class envy could become a valuable teachable moment.

Editor’s note: A longer version of this article appears at American Spectator.